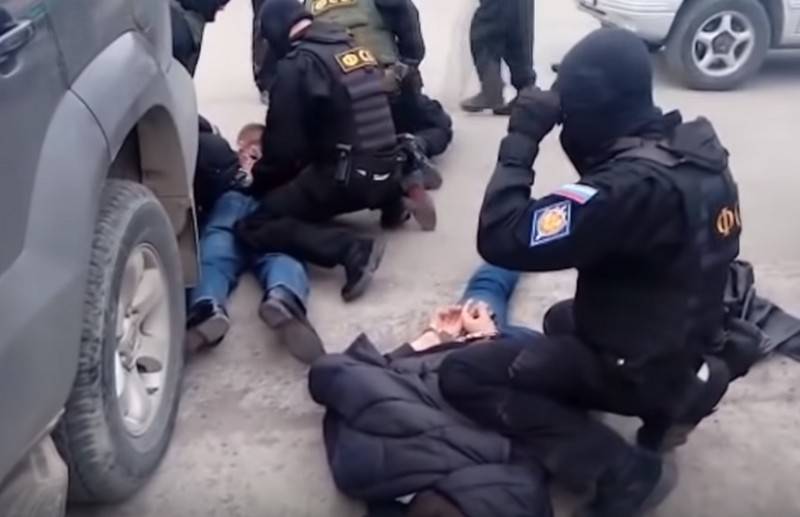 
According to the TsOS, in the Stavropol Territory, FSB officers identified and neutralized the secret cell of the Islamic State terrorist group banned in Russia. In total, two members of the cell were identified: a resident of the region and a native of Dagestan, who were planning attacks on law enforcement officers and terrorist acts in places of mass presence of people.

During an operation in the city of Neftekumsk, one of the terrorists was detained, and the second put up armed resistance and was destroyed. There were no casualties among the population and FSB officers, objects and substances needed to collect an improvised explosive device were discovered and seized, as well as weapon and banned extremist literature.

The second operation was carried out by FSB officers together with the Ministry of Internal Affairs in the city of Lyantor, Khanty-Mansi Autonomous Okrug, where three members of the international terrorist organization "Emirate of the Caucasus" (banned in Russia) were detained, who were preparing a terrorist attack in one of the city’s trade facilities.

A home-made explosive device, components for the manufacture of IEDs, weapons and ammunition, ready to use, were found and seized from detainees.

In both cases, criminal cases have been instituted, and the necessary operational investigative and investigative measures are being conducted.
Ctrl Enter
Noticed a mistake Highlight text and press. Ctrl + Enter
We are
Minus one more IG cell *. FSB stopped terrorist attacks in StavropolResults of anti-terrorist work on Dagestan in April 2014
28 comments
Information
Dear reader, to leave comments on the publication, you must to register.