"It will shoot at Asian bandits": in Poland, evaluated the Ukrainian MLRS "Alder-M" 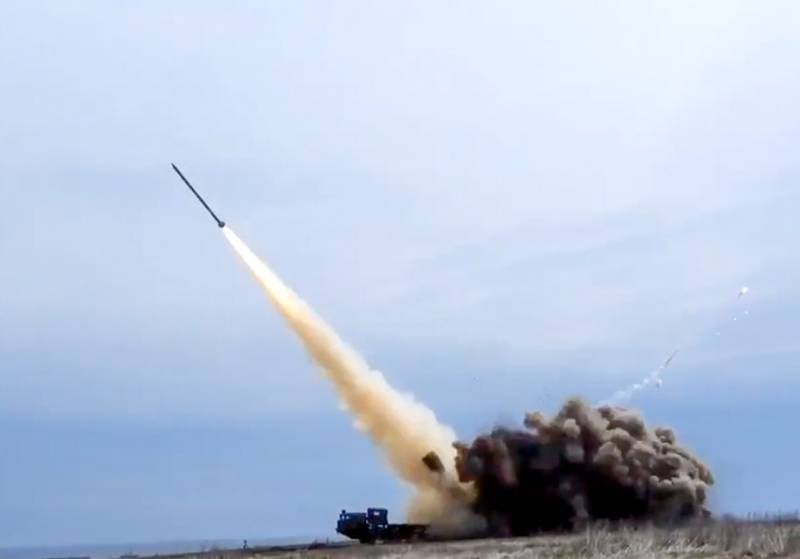 In Ukraine, tests were conducted MLRS Alder-M. For the first time a shell hit a target at a distance of 120 km. The Polish press was quick to give its assessment of the Ukrainian multiple launch rocket system.


As you know, until 2014, the Ukrainian armed forces used MLRS "Smerch" with unguided missiles. After the outbreak of hostilities in the Donbass, the need for a modern multiple launch rocket system, as the Polish press writes, "became especially acute."

Ultimately, the then head of state Petro Poroshenko in January 2016 gave the order to develop a new MLRS as soon as possible. The task was assigned to the design bureau Luch and the Artyom plant.

Surprisingly, despite the difficult economic situation, they created a new complex quickly enough. Already on March 22, 2016, they conducted the first missile tests, on December 22, 2017, they launched at a training ground in the Odessa region, and on August 24, 2018, the first MLRS “Alder” took part in a military parade in honor of Independence Day of Ukraine.

Now Ukrainian developers are busy testing Alder-M, a new launcher, which, unlike the previous version, is designed for a much greater range of target destruction - not up to 70 km, but up to 120 km.

As a result, on March 30 and 31, 2020, Alder-M fire tests were conducted at a missile test site in the Odessa region. Attempts were made to hit the target at a distance of 120 km with gusty winds. Previously, firing was carried out on targets up to 60-70 km. 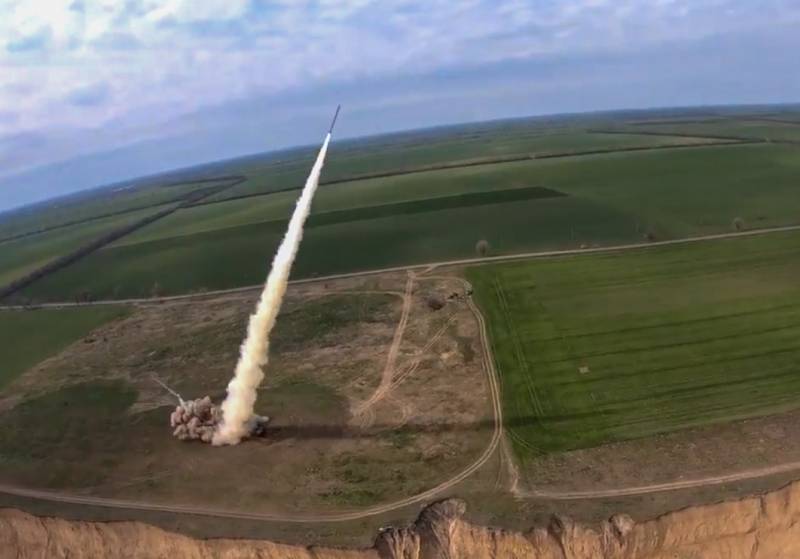 Secretary of the National Security and Defense Council of Ukraine Aleksey Danilov emphasized that the target at a distance of 120 km was hit. However, there is no more accurate information about what the object was as a target and what the deviation from the given coordinates was.

However, at a distance of 120 km, which is characteristic of the current version of the complex, Ukrainians are not going to stop. The next version is planned with a range of up to 200 km. At the same time, a 300-mm unguided rocket, developed back in Soviet times, but undergoing certain changes, including through the introduction of solutions from the space industry of Ukraine, continues to be used.

30-31 2020 birch rock of the LKKB Special Design Bureau “Luch” successfully conducted the rocket booster rockets in the Odessa region # ВільхаМ From a distance of 120 km. For the sake of rocket, they are taking advantage of the military-industrial complex of Ukraine for the closed cycle of virobnitz. pic.twitter.com/vXtHncYRXH

In addition, the MLRS uses a new guidance system that combines GPS positioning with an inertial system (INS). During the flight, the trajectory is corrected using small impulse engines located in front of the rocket, and aerodynamic rudders are also used in the terminal phase, which provides the possibility of correction until the rocket reaches the target.

However, the reaction of the Polish audience to information about the launch of Alder-M rockets was mixed. One of the commentators in Defense24 turned on the usual anti-Russian barrel organ.

We applaud Ukraine. There will be something to shoot, so as not to spare the Asian terrorist bandits. Russia - Kaput, applaud,
- says one of the commentators.

Another user writes that since Poland does not produce such missiles, it needs to negotiate with Ukraine, obtain a license, or establish joint production of such weapons. Someone Marek writes that back in 2014 it was necessary to acquire the Smerch MLRS and create a similar system on its basis.

But some Poles recalled that Ukraine could hardly be considered Poland’s friendly state.

Let me remind uneducated children: Ukraine was never friendly with Poland and the Poles, even when Pilsudski and Petliura entered into an alliance. It is known that 98% of Ukrainians were hostile to Poland. You can write academic books about the hostility of this people to the Poles,
- writes one of the commentators on the Polish resource.

Ctrl Enter
Noticed a mistake Highlight text and press. Ctrl + Enter
We are
Situational analysis of the death of the MH17 flight (Malaysian Boeing 777), made on the basis of engineering analysis from 15.08.2014Results of the week. “In our cooperative, the board is always agreed”
60 comments
Information
Dear reader, to leave comments on the publication, you must to register.