Chinese press: Germany wants to remove US nuclear weapons from its territory 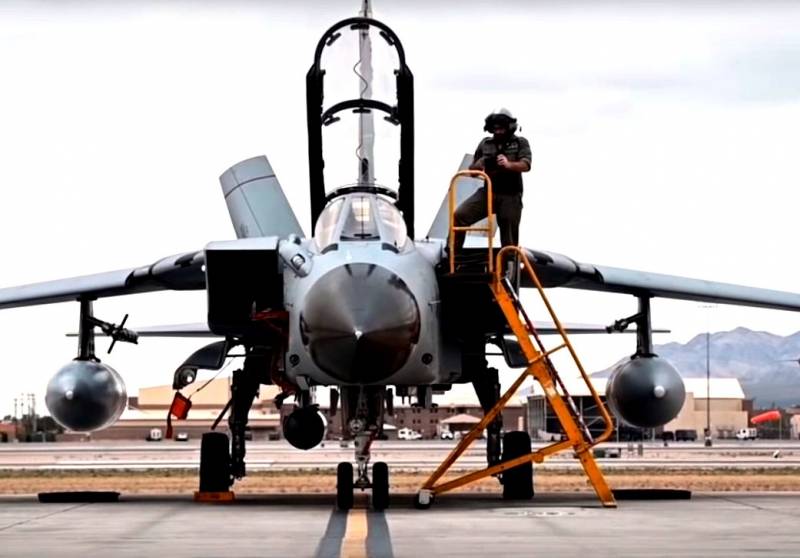 Germany will soon refuse to host US nuclear weapon. The appreciation of the growing desire of the Germans to free themselves from US military facilities on their territory is given by the Chinese press, namely, the publication Sohu.


After the defeat of Germany in World War II, the troops of the allies in the anti-Hitler coalition, including the American ones, were deployed on its territory. Since the Cold War between the USSR and the United States soon began, Washington has been building up its military presence in West Germany for decades, deploying a variety of military units and military facilities there - from tank connections to strategic aviation. Naturally, nuclear weapons were also located in Germany.

Although Germany became a single state after the fall of the Berlin Wall, and the Soviet Union soon collapsed, the United States was not in a hurry to withdraw its troops from Germany. Until now, although thirty years have passed since the reunification of Germany, American military facilities are located on its territory.

According to official information, most of the American nuclear weapons were removed from German territory by the 2010s, but at least 20 nuclear bombs are still in Germany. And the American leadership is not in a hurry to take them out, preferring to intimidate European countries with an imaginary Russian threat and argue that only the USA can save Europe from numerous risks - "from Russia to Islamic radicalism."

Meanwhile, in Germany itself, according to Sohu, more and more voices are being heard for the complete removal of American nuclear weapons. 75 years after World War II, Germany expects to change its political status. This country plays a leading role in the European Union, but at the same time foreign (American) troops are stationed on its territory and nuclear weapons are located, which pose a danger to the Germans themselves.

The growing status of Germany in Europe and its economic development in one way or another will give rise to the growth of political ambitions. Berlin will be less and less pleased with the presence of the US military and the very presence in the position of a client, a vassal of the United States. And the United States is losing its former power against the background of ongoing political and economic transformations of a global scale.

According to Sohu, it does not matter at all who will rule Germany, but the fact is that any leader will ultimately also insist on the gradual liquidation of American military facilities in the country. After all, the presence of foreign troops gives rise to several negative factors at once: it offends German national sovereignty, poses a threat to the country's environmental security, undermines the independence of the European Union, and leads to large financial costs for ensuring the vital functions of troops and military facilities.

Germany may well be the “boss” in Europe, in which case it should not allow Washington to give directions to it. But this fact also indicates that the North Atlantic Alliance is not very stable,
- emphasizes the author of the Chinese edition.

Until now, Germany had no political opportunity to free its territory from the American military presence, but who knows if it will appear in the foreseeable future? Moreover, in the United States themselves now more and more often they talk about the need to reduce the US military presence overseas.

US President Donald Trump is an active supporter of such a reduction. An experienced businessman, he is accustomed to profit from everything and is now trying to make European countries pay even more money for the presence of American troops and military facilities in their territories.

Germany, according to the Americans, pays little, so Berlin has been threatened more than once with the transfer of troops to Poland or the Baltic countries. But is this a threat? The Germans themselves will be very pleased if the US military permanently leaves their country.

Ctrl Enter
Noticed a mistake Highlight text and press. Ctrl + Enter
We are
US expert community is trying to identify ways out of the Afghan impasseYuri Drozdov: Russia prepared the role of the sacrificial calf
42 comments
Information
Dear reader, to leave comments on the publication, you must to register.