Victory over an invisible enemy. Epidemiology of the Great Patriotic War 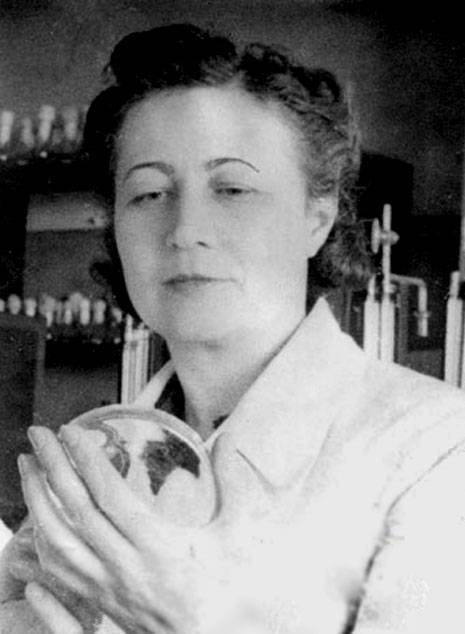 Mass epidemics from time immemorial have been the constant companions of almost all major military conflicts. Often the diseases that accompanied the war gathered a more abundant harvest of deaths than the actual fighting, at least among the civilian population. During World War I, it was precisely so: the pandemic that erupted in 1918 killed more people than all bullets, shells and mines combined.


Nevertheless, the Great Patriotic War, with all its colossal scope and the enormous destruction that it brought to our land, was not marked by outbreaks of really massive, mass sicknesses both at the front and behind the rear of the Red Army. Naturally, this was not and could not be any luck or something like that. The low incidence rates of Soviet soldiers and home front workers were enormous work of physicians - military and civilian, as well as a clear and impeccable organization of their activities at the national level.

War is first and foremost death. Moreover, the mass deaths of people who often remain unburied for a long time properly. This is the destruction of infrastructure, the accession of terrifying unsanitary conditions, the lack of normal, and often even any kind of medical care. War brings with it hunger, cold, lack of medicines and preventive measures. It would seem that outbreaks of illness during it are simply inevitable, and their victims remain to be written off in the “inevitable losses” column. That's just the leadership of the Soviet Union did not think so before the Great Patriotic War, or after it began, no matter how unexpected and difficult it may be.

Those who today are trying to represent the then leaders of the party, country, and Red Army as near-minded and heartless cannibals who thoughtlessly threw millions of Soviet people to death can not be called other than liars, such as the world has never seen. Having barely recovered from the first, most terrible months of the war, having defended Moscow, they took on the problem of preventing epidemics in the most serious way. On February 2, 1942, a special resolution of the People’s Health Commissariat "On measures to prevent epidemic diseases in the country and the Red Army" came into force.

This document set specific tasks to ensure the health of both the Red Army and those who remained in the rear. The necessary contingents of epidemiologists, bacteriologists, and sanitary doctors were distributed throughout the country. To whom, where and in what quantities to serve, they decided on the basis of how complicated the epidemic situation in a particular region was. The first step was a general vaccination (or, as they wrote then, immunization) of the population against the main satellites of military warfare - acute intestinal infections. We started with the distribution of large settlements that represented a particular danger, and then we reached each one.

Great attention was paid to ensuring timely diagnosis and immediate hospitalization of those patients whose illness could be especially contagious, to give an outbreak to the epidemic. To carry out this difficult task in wartime, mobile epidemiological units were created at each district health department and epidemiological department. Their task was not only the identification of patients, but also the most thorough conduct of proper, and, most importantly, quick sanitary treatment of people, their clothes and property, who were in a potential focus of infection. At the same time, despite the fact that the country worked day and night in the “Everything for the front, everything for victory!” Regime, all the necessary equipment, reagents, and, of course, protective equipment, the medical fighters of these flying detachments were fully provided .

A particular headache for the military and civilian leadership of the country was the flow of people who rushed from the occupied or threatening to be under the Nazi occupation of the regions to evacuate. People fell ill (happened, and died) right along the way, at the same time risking creating, again, foci of the spread of infectious diseases that could well have come across mass epidemics. It is in connection with this that special attention was paid to the control of the presence of infectious diseases at all major railway stations, at various routes and stages of mass evacuation.

To say that the vigorous and comprehensive measures taken in 1942 were extremely effective would be to say nothing. The struggling USSR with the invasion of the Nazi horde of the USSR showed incredibly low rates of infectious diseases even during this difficult period of the war. It would seem that cholera, dysentery, malaria, and typhoid fever should have been rampant in the country. However, only rare, isolated cases of these diseases were recorded. By the beginning of 1943, only 3% of the infectious diseases registered in the army were brought to the front from the rear. And in 1944, this figure was at all 1,2%. The invisible but deadly enemy that threatened the Soviet people was stopped and almost defeated.

Perhaps it would be wrong in this story not to mention at least one name out of hundreds of thousands of ascetic doctors whose efforts have achieved such brilliant results, not to give a concrete example of their heroic work. As such, the feat of Professor Zinaida Ermolyeva, who saved from the inevitable, seemingly outbreak of cholera of the defenders and residents of the heroic Stalingrad, may well serve. By the autumn of 1941, more than 200 trains with evacuated arrived, more than 70 trains with children from Leningrad and other regions arrived in the city. The already considerable population of the city doubled in comparison with the pre-war period. Hospitals, military units, institutions and just ordinary residents - about 800 thousand people gathered in the city on the Volga.

It was impossible, in principle, to provide the necessary sanitary and hygienic conditions for all this mass of people. It seemed that an epidemic of cholera or typhoid (and, most likely, both at once) was inevitable. The question was so acute that the Supreme Commander took it under special control. And, as usual, he provided a brilliant solution to the problem, first of all, having seconded the best cadres who, as he knew, would solve everything. Stalin personally instructed Ermolieva to lead a group of scientists and doctors thrown on the cholera "front". The main means of preventing the epidemic was, of course, the universal vaccination of all residents of the city and the refugees accumulated there from cholera, combined with the largest possible disinfection work. There is no doubt - that is exactly how Yermolyeva originally planned to act.

The plan was adjusted by Hitler’s bombs, which hit a train coming up to the city with cholera serum and disinfectants. Goering vultures simply adored bombing trains with red crosses ... The enemies didn’t take into account one thing - the character and efficiency of Ermolyeva. Ermolyeva, a professor, a talented scientist, the creator of a number of anti-infective drugs (the experiments with which she put most often on herself), managed to organize a laboratory for the production of serum right in the basement of one of the houses that was shaken from the bombing and shelling of the city!

50 thousand people were vaccinated daily, which was unprecedented in scale at that time. Cholera Stalingrad never took. As, however, and the Nazis.

Received for the heroic work to prevent this and other epidemics, the Stalin Prize Zinaida Yermolyeva transferred to the Defense Fund. The fighter built on this money proudly carried her name on board.

War is always war. However, during the years of the Great Patriotic War there was no threat that would not have retreated before the staunchness, courage, and love for the Soviet people.

Ctrl Enter
Noticed a mistake Highlight text and press. Ctrl + Enter
We are
"Cauldrons" of 1941. What happenedIt was in the Donbass. The main drawing of Maria Volkova
42 comments
Information
Dear reader, to leave comments on the publication, you must to register.