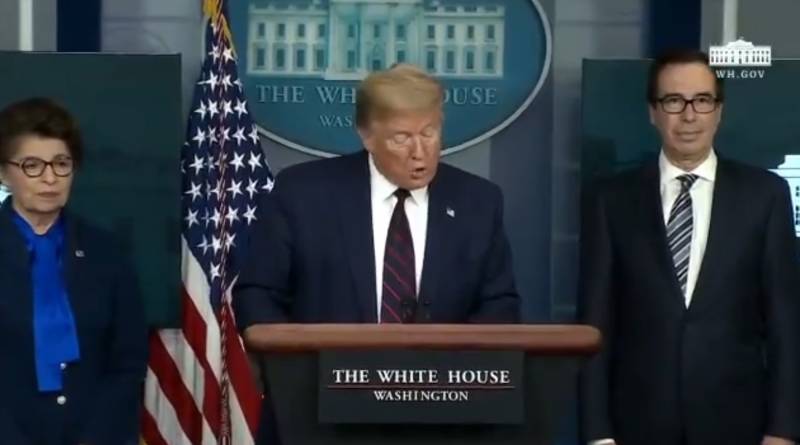 The United States is preparing to bill China about 20 trillion. dollars in an American court for allegedly hiding primary information about a new type of coronavirus infection. Obviously, they will award: this is the usual practice of Western democracies in relation to non-democratic countries.

Beijing denies everything and says, in turn, that the “shrimp patient” with coronavirus in Wuhan was a shrimp seller who picked him up from an American soldier who bought her shrimp. And hints at a contingency situation at Fort Detrick, an American military biological laboratory in North Carolina, after which people in the nearby district began to have pneumonia.

Secretary of State Mike Pompeo called such statements "crazy nonsense" and, of course, an attempt to discredit American democracy.

The famous American-British expert and democrat Fiona Hill went further and announced that not only China, but also Russia wants to blame the coronavirus on the United States and therefore is looking for an “American trace”. Moscow did not make any statements about this at all, Fiona makes them herself for Moscow.

The Case of 20 Trillion

What is the name of the upcoming trillion US lawsuit against China in this context? The United States simply raises bets in the game, reverses the case of China’s guilt in hiding information about the epidemic, as it has already decided, to move on to the discourse on reparations for damage from China. Relying on his superiority in the world media and dollar hegemony.

In general, this is a rolled-up Western scenario, the first case of “high-likly” about “poisoning the Skripals”, then the case of the crash of the Malaysian Boeing, then the “conspiracy of Putin and Trump”, “Russia's interference in the American election” swept through it. Assign the culprit and move on. The next high-likly case is being prepared, because it is impossible to investigate this epidemic in a limited time, and only an American court can accomplish such a feat with the help of high-likly.

However, will the US actually risk plundering Chinese property in the world? If they begin, it will provoke retaliatory measures from China, Russia will somehow support them: Fiona Hill here leaves Moscow no choice. And at the exit, you can completely get a world conflict.

Will China be ruined?

In the meantime, Washington is solving a tactical task: to get away from the issue of the origin of the virus, blaming China for the “natural origin of the coronavirus”, and try to start bidding for the “compensation of losses” from the pandemic. The goal is obvious - to ruin how it will turn out, China, and remove this competitor from the world road.

Obama, I remember, was "tearing apart" the Russian economy, Trump is trying to do the same with the Chinese one, having sued China in an American court. This is so American. Q: How will China answer this?

China can only develop the theme of the origin of a new type of coronavirus in the Fort Detrick American laboratory. Demand transparency and openness regarding the accident in this laboratory, as Americans always require. It’s also good to find out why so many American bio-laboratories are “stuck” around the world? This is how our Foreign Ministry expressed its concern about this.

Humanitarian supplies to the United States of medical supplies and equipment from Russia and China, however, for money, somewhat alleviate the tension between the leading world powers. It is important that President Donald Trump agreed to accept this assistance.

However, how it comes around to him is still unclear. Trump is not the only one who defines US policy: Congress and special services operate independently of the American president. The presidential race with coronavirus complications is fraught with an unpredictable outcome. 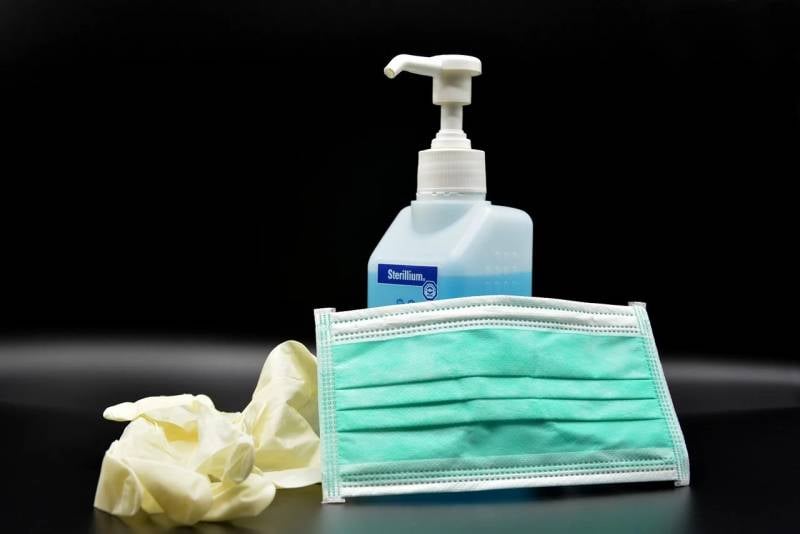 Ctrl Enter
Noticed a mistake Highlight text and press. Ctrl + Enter
We are
A great interview with Sergey Lavrov: about Ukraine, Obama and IranWhat you didn't want to know about England
57 comments
Information
Dear reader, to leave comments on the publication, you must to register.