Indian combat module on the remote control: what it is 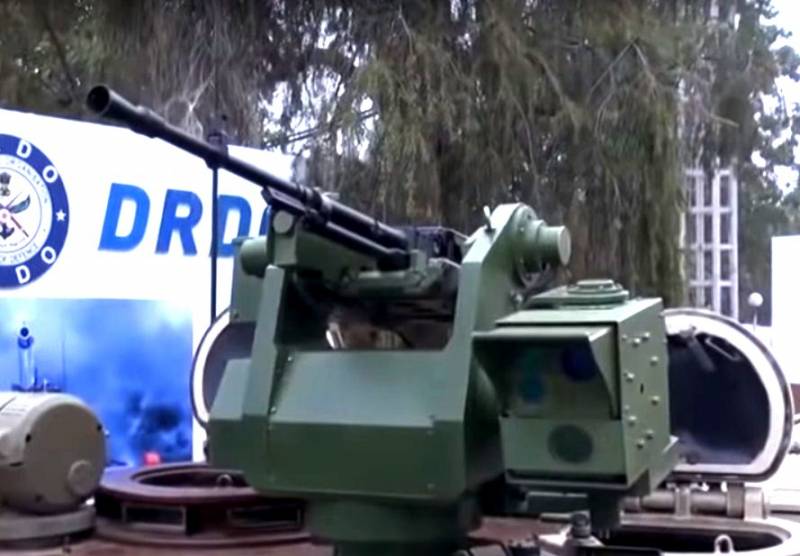 In India, a new remote-controlled combat module has been developed, armed with a 12,7 mm machine gun. It can enter the arsenal of the Indian army, and probably enter the international market. weapons.

In 2018, a contract totaling $ 173 million was signed for the acquisition of Elbit Systems combat modules for the needs of the Indian coast guard. But almost two years have passed, and information on whether or not Israeli modules were delivered to the Indian armed forces has not been disclosed. If the deliveries did not take place, then it is possible that India will open the practice of using remotely controlled combat modules with the introduction of its own production system. This will be a good sign for the Indian war industry.

The new module is called RCWS (Remote Control Weapon Station) and is compatible with various military equipment and different weapons. Initially, the combat module was developed to transport the NSMT HMG machine gun mounted on a biaxial stabilizer.

The module is designed to hit ground and air targets, and remote control allows you to protect the operator from threats. He is also able to work in day and night modes and is equipped with a range finder. In addition, the fire control system can be supplemented by an automatic target tracking system.

The design of the Indian combat module is not peculiar: it is based on a turntable, on the left side of the module there is an optoelectronic unit, and additional weapons can be attached to the right of the main weapon (NSVT machine gun). RCWS can be supplemented with a conventional machine gun, automatic grenade launcher or guided missiles. Customers will decide which additional weapon to attach to the module. 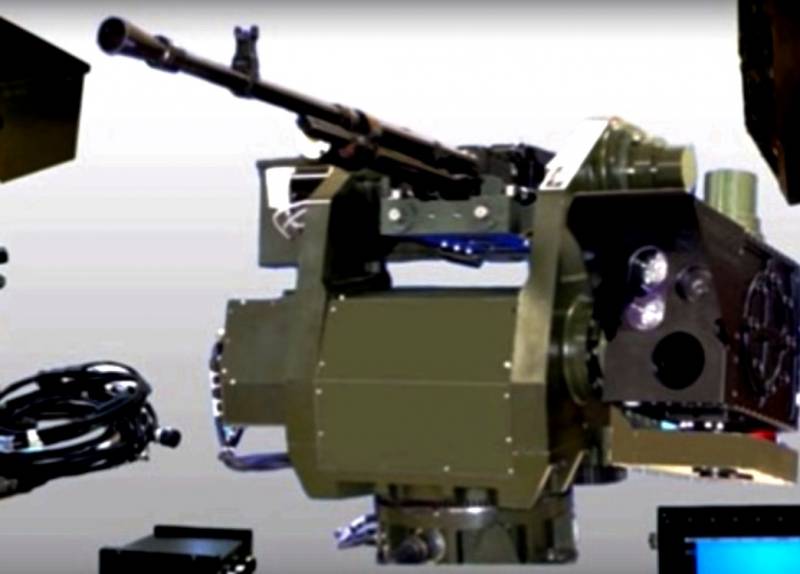 History appearance of the combat module is associated with modernization tank "Arjun MK", considered the main battle tank of the Indian ground forces. The module was also configured for use on an Arjun armored evacuation vehicle and Indian Coast Guard patrol ship C-431.

The module was developed by the state organization Ordnance Factory Board (OFB) and the company Bharat Electronics Ltd (BEL) as part of the implementation of the state program “Make in India”. Almost all modern manufacturers of armored vehicles offer their unmanned combat modules, naturally, and Indian companies were no exception.

Another thing is that it is still not very clear how the Indian armed forces are going to use the new combat module. For example, ground forces operate combat vehicles with traditional manned turrets. It is likely that only the tank "Arjun Mk." will be the first combat vehicle to receive a new module. But the supply of RCWS to the troops will begin no earlier than the beginning of the 2020s.

It is possible that India will try to bring a new combat module to the global arms market. However, at the DefExpo 2020 international arms exhibition held recently in Lucknow (Uttar Pradesh), the OFB developer did not provide any detailed information about the unmanned combat station, although RCWS was exhibited at the event.

But this does not mean that India will not find potential buyers of RCWS. The module represents a good balance between price and efficiency, which may be of interest to the armies of many countries of the world.

Ctrl Enter
Noticed a mistake Highlight text and press. Ctrl + Enter
We are
As part of Vladimir Putin’s visit to India, a number of large MTC contracts are expected to be signed.Delhi narrows its market for Moscow
21 comment
Information
Dear reader, to leave comments on the publication, you must to register.