Will a pandemic threat stop the APU? 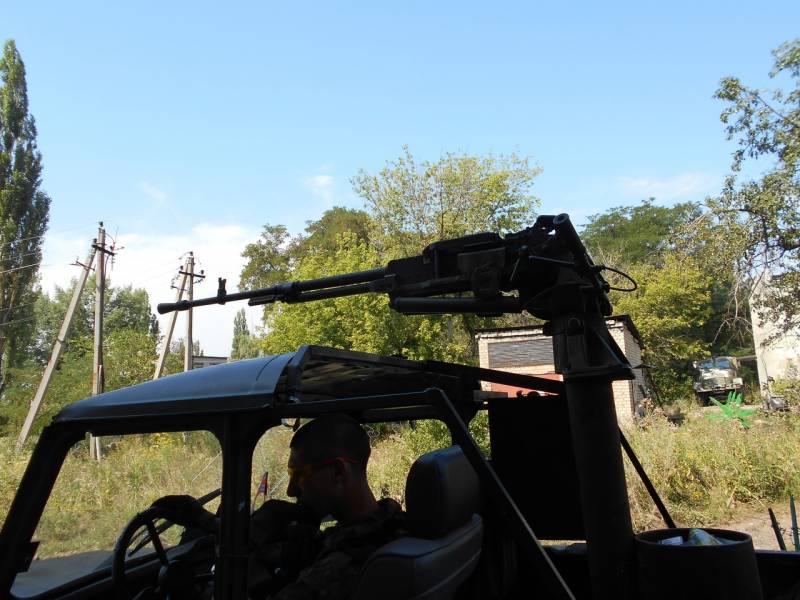 According to Eduard Basurin, deputy commander of the Operational Command of the DPR NM, on the night of March 31 to April 1, Ukrainian troops fired about 400 ammunition through the republic, including 122 mm mortars banned by the Minsk agreements. Particularly noteworthy was the shelling of the central district of Gorlovka, during which 10 units of municipal transport were destroyed and four more were injured. Separate greetings to residents of frontline cities who advocate the abolition of curfews (when you are only a few kilometers from Ukrainian batteries).

Ukrainian artillery has not fired on the central districts of the cities of LDNR since 2015. In this situation, we can definitely talk about the dangerous escalation of hostilities. It seems that against the backdrop of the coronavirus panic, the APU plans to unleash a full-fledged conflict. Perhaps this is the decision of Kiev, aimed at diverting the attention of the population from the restrictions allegedly associated with the fight against the pandemic. At the same time, it may well be that the increase in activity on the demarcation line is an initiative of local commanders or the result of weakened control.

The defenders of LDNR, apparently, are increasingly responding to the provocations of the Armed Forces of Ukraine. According to the Ukrainian General Staff, only in the last few days the losses amounted to two people "two hundredth" and at least eight - "three hundredth"; in March alone, the Armed Forces of Ukraine allegedly lost 12 soldiers and officers killed, but the real figure is most likely greater. The activity of the people's militia is facilitated by the departure of OSCE emissaries: since March 21, the borders between Ukraine and the republics have been closed, including for representatives of the monitoring mission, and those OSCE employees who were on the territory of LDNR either left or behave quieter than water, lower than grass.

In Ukraine, they talked about the need for a ceasefire (for some reason, they asked Russia). In Donetsk and Lugansk, on the whole, they agree with the need for a truce, but they are not particularly deceived: in recent years, dozens of truces (bread, school, etc.) have been declared, but not one has lasted longer than a day. Therefore, today it is not necessary to expect conceptual changes in the line of behavior of the APU. On the contrary, it is worth waiting for a further exacerbation of the situation.

According to established tradition, the parties accuse each other of transferring technology to the demarcation line. In fairness, it is worth noting that such statements are more of a ritual character, since no one took the equipment to the required distance from the front line. Both the Armed Forces of Ukraine and the people's militia are in full combat readiness. The only question is whether the Ukrainian military will risk provoking a serious clash.

The aggressive rhetoric of Kiev, completely leveling the very essence of the Minsk Agreements, suggests that the Ukrainian government is quite capable of such madness. Moreover, even in better times, the EU never even tried to punish Kiev for violating Minsk, and now that Paris, Berlin and Brussels are full of their concerns, the reaction is guaranteed to go no further than “deep concern”.

Without a doubt, today LDNR residents, especially those who live in the frontline areas, should keep their ears open. It is not known how dangerous the spread of the coronavirus is for the republics (today one case is registered in the LPR and two in the DPR), but the shells of Ukrainian artillery, which loves to shoot at residential quarters, are definitely deadly.

Ctrl Enter
Noticed a mistake Highlight text and press. Ctrl + Enter
We are
Donbass Interchange: Preparing for an Attack on Donbass at the height of the World Cup 2018Situational analysis of the death of the MH17 flight (Malaysian Boeing 777), made on the basis of engineering analysis from 15.08.2014
22 comments
Information
Dear reader, to leave comments on the publication, you must to register.