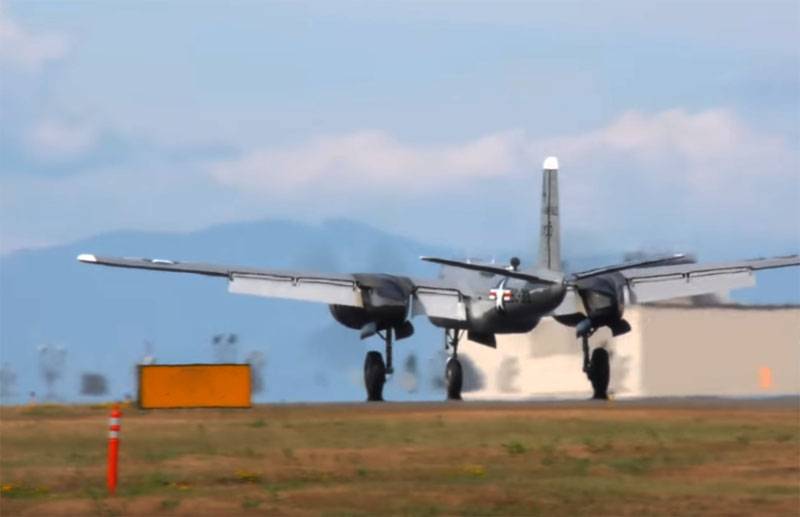 The operation “Thunder Clashes”, which began on March 2, 1965, is not only significant in that it has become the most widespread bombing carried out by them since the end of World War II. This series of airstrikes lasting more than three and a half years marked the fatal step of the United States in a Vietnamese adventure, which ultimately led the American armed forces and the state as a whole to an unprecedented stories military disgrace. And also - it became a model of Washington’s strategy in the destruction of the “wrong”, rebellious countries. The very strategy that continues to be applied to this day - with no less scope and cynicism.


For starters, a little background. The fact that the United States, seeing the complete futility of its own attempts to break North Vietnam, limiting itself only to the supply of weapons, the training of Viet Cong soldiers and officers and the small contingent of its own troops, will "get into" this conflict, which is called, by ears, it became clear already in 1964. The two incidents that followed one after the other in the Gulf of Tonkin, which were obvious provocations (the second of them, according to many historians, was at all pure staging), the desire of the “hawks” surrounding President Lyndon Johnson on all sides to arrange a “small victorious war” - Everything led to that.

The United States really wanted to get revenge for the extremely painful defeat a decade ago in Korea - naturally, not so much from local partisans as from the Soviet Union and communist China. Washington’s belligerent ambitions were also greatly fueled by the fact that since the death of Stalin, whose falcons in the Korean sky were scattering whole squadrons of American vultures, more than 10 years have passed. Analysts from the State Department and the Pentagon believed that Khrushchev, who replaced him, would not intervene in the new mess in Southeast Asia, and most likely would prefer to leave the small and brave Vietnam to his tragic fate.

The official reason for launching the first strikes in the framework of “Thunder Rumbles” was a series of successful operations by local partisans on US Army military facilities stationed in Vietnam — a helicopter base and a training school for sergeants in February 1965. Every time american aviation inflicted single strikes as “retaliation”, but in Washington they decided that all this was not enough and set to work on a true scale. The head of the White House, who signed the directive on the start of “Thunder Rumbles,” with utter cynicism, called it “a series of air raids on selective targets, extremely balanced and limited.”

You must admit that it is extremely difficult to apply this characteristic to a shower of bombs that fell on the heads of the Vietnamese for the course of three and a half years already! At the same time, there was no question of any “selectivity” in principle - the targets for striking attacks were, for the most part, objects, which had nothing to do with the military infrastructure of North Vietnam — residential quarters, hospitals, and dams. American bombers methodically wiped entire villages from the ground, literally burned out not only the jungle that hid the partisans, but also the rice fields, completely consciously trying to cause hunger in the country.

As a matter of fact, subsequently quite high-ranking officials from the political "establishment" of Washington directly acknowledged that the goals of the monstrous in its scope and cruelty bombing were not the achievement of a certain strategic military superiority, but the desire to break the will of the entire Vietnamese people to resist. Thus, the leaders of the tiny country who didn’t want to give up were planned to be “seated at the negotiating table” so that they signed a “peace” on American terms — that is, complete and unconditional surrender.

Widely known to everyone and quite often quoted today as a definition of one of Washington’s leading “foreign policy strategies”, the phrase “bomb the Stone Age” is not “an invention of Kremlin propagandists”, but the most authentic statement by one of the inspirers of the colossal barbarism I have described Twentieth century. These terrible words were spoken by none other than US Air Force General Curtis LeMay, being firmly convinced that the Vietnamese should “draw their horns” and surrender. Otherwise, as he was sure, "the best recipe for solving the problem would be to bomb them into the Stone Age." This is what has been done year after year.

It is clear that it was not without the vital interest of the highest ranks of the Pentagon and the tycoon of the US military-industrial complex. During the airstrikes, the U.S. Army experienced many (according to some, more than a thousand) new types of weapons and ammunition, from air bombs to military aircraft. It was in the process of “Thunder Rumbles” that the new US Air Force machines — the F-4 and F-111 — were first used. The first is a multi-purpose fighter-bomber, the second is a tactical long-range bomber. And how many millions have been earned by the United States military factories, which, as established, stamped the deadly cargo for these vultures, is hardly accountable at all.

The tragedy of Vietnam was, in fact, only a logical continuation and “creative development” of the savage, hateful and frankly mean tactics of a “contactless war” developed by the United States and its main ally, Great Britain back in World War II. What was the military-strategic significance of the destruction of Dresden and dozens of other German settlements, the size of which was smaller, committed by the Allied aviation on February 13-15, 1945? Why was it wiped off the face of the earth, burned without any atomic bombs in Tokyo, where during air raids on February 26 and March 10, 1945, American warriors killed more than 100 thousand people? These war crimes became the "trademark" of American warfare, the first links in a chain of monstrous massacres, which then stretched through the years to Yugoslavia, Iraq, Libya, Syria ...

According to various estimates, during the “Thunderclap”, more than 50 thousand to 200 thousand civilians of Vietnam died. Could such an act have a limitation period? However, the easy walk for the American pilots also failed. The assumption that the Soviet Union would remain aloof was Washington's gross mistake. Khrushchev was removed from the post of General Secretary in 1964. An agreement on mutual assistance, including military assistance, was concluded between our country and Vietnam in 1965. And already on July 24 of that year, the first American air raider was shot down by the Soviet S-75 Desna air defense system. The fighters of our air defense became the terror of the US Air Force pilots - just like it was during the war in Korea, for which they so wanted to get even.

Until the end of the war, the USSR supplied Vietnam with about a hundred such systems, thousands of missiles for them. Vietnamese aviation was no longer counted in units, but, again, in hundreds of fighters, among which the number of frightening Americans was rapidly growing up to the MiG-21 hiccups. The “thunderclap” cost the United States military aviation more than a thousand killed, crippled, and captured pilots. Also in its course, more than 900 American combat aircraft were shot down. It was not possible to break the patriotism and courage of the Vietnamese people - the case ended in scandalous Senate hearings, which led to a resounding resignation of the then head of the Pentagon. He was accused of "wasting resources", and not of mass extermination of civilians, but the "Thunderclap" turned off.

The Americans, as everyone remembers, ultimately lost the war miserably. That's just a pity - this defeat did not discourage them from trying to drive whole countries and peoples into the Stone Age ...

We are in Yandex Zen
Chernobyl notebook. Part of 3
My grandfather's front-line letters (part 2)
121 comment
Information
Dear reader, to leave comments on the publication, you must to register.