ERIP program. US help and earn 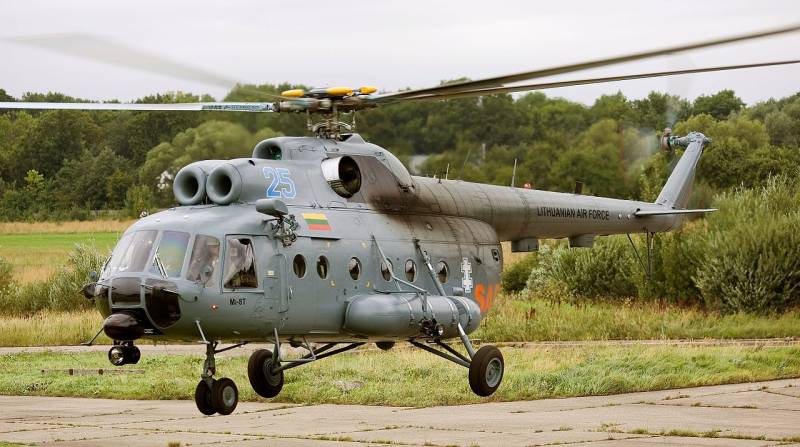 Lithuanian Mi-8 helicopter - it will be replaced in the future. Photo by the Ministry of Defense of Lithuania / kam.lt

Currently, the US military and foreign affairs agencies are implementing the European Recapitalization Incentive Program (ERIP). Its goal is to help European countries with the purchase of military products from US suppliers. Due to this program, several contracts have already appeared and new ones are expected. However, now the principles of assistance will change markedly.

The emergence of the ERIP program is directly related to the events of recent decades. In the past, many European countries acquired weapons and Soviet / Russian-made equipment. In recent years, for one reason or another, some of them have decided to abandon such equipment in favor of products from other countries. However, limited financial capabilities do not allow to quickly carry out the desired weapons.

In 2018, the U.S. Department of State, together with the European Army Command, developed and launched an ERIP assistance program. The essence of the program was to provide funding to support third countries. The State Department offered to help with the purchase weapons and American-made technology to replace Soviet / Russian products or locally-made products.

In the first phase of the ERIP program, it was planned to provide assistance to six European countries - Albania, Bosnia and Herzegovina, Greece, Northern Macedonia, Slovakia and Croatia. The total cost of assistance is approx. 190 million dollars. These plans have so far been only partially implemented. New agreements are currently being prepared for significant amounts.

The State Department, the Pentagon and the American media openly talk about the main features and principles of ERIP, and also indicate the positive consequences of such a program. With its help, Washington plans to receive financial, political and military benefits - by promoting its products and crowding out competitors.

The program provides financial assistance for the purchase of a new type of weapon or equipment that provides a substantial part of the total cost. The remaining costs will be borne by the partner country. Assistance is provided with the purchase of specific products and spare parts, with training of personnel, etc.

The exact conditions of cooperation are determined in each case, taking into account the capabilities of the partner country and the interests of the United States. So, in some cases, the purchase of equipment can be carried out equally at the expense of the State Department and a foreign country; in others, the entire equipment is acquired by a partner, while the United States pays for training specialists, etc. 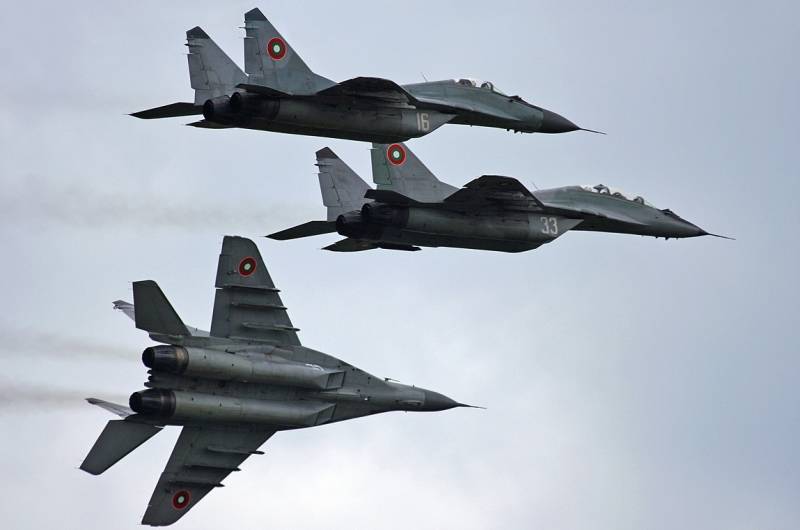 Fighter MiG-29 Air Force of Bulgaria. They are planned to be replaced by American F-16s. Wikimedia Commons Photos
According to the terms of the program, assistance is provided only when purchasing American-made products. In addition, the recipient agrees not to purchase new Russian samples. At the same time, he is not forbidden to purchase spare parts for the continued operation of available weapons and equipment.

It was originally planned that through the ERIP line they will finance the purchase of only ground equipment and helicopters. However, in the future, this list of products was slightly expanded, which helped to help another friendly country.

The first phase of the ERIP program, launched in 2018, included assistance to six countries. Three of them wished to renew the fleet of multi-purpose helicopters. 30 and 50 million dollars were allocated to Albania and Slovakia, respectively, for the purchase of UH-60 machines; Bosnia and Herzegovina receives 30,7 million for UH-1H helicopters.

In service with Greece and Northern Macedonia are Soviet-made infantry fighting vehicles. They were offered $ 25 and $ 30 million for the acquisition of American Bradley and Stryker. Another 25 million will go to the aid of Croatia - it wants to replace the obsolete BM-M-80.

Two more countries joined ERIP last year. Over the past few years, Bulgaria has chosen a new fighter. Several foreign cars participated in her tender, including American aircraft F-16. For a number of reasons, he was not a favorite, but the State Department offered beneficial cooperation. Bulgaria was promised assistance in the amount of $ 56 million, and this was a decisive factor. In the near future, the Bulgarian Air Force will receive eight new fighters.

In the fall of 2019, Lithuania announced its intention to abandon the old Mi-8s and purchase six new UH-60s. The State Department in the framework of ERIP has raised 30 million to finance this transaction. 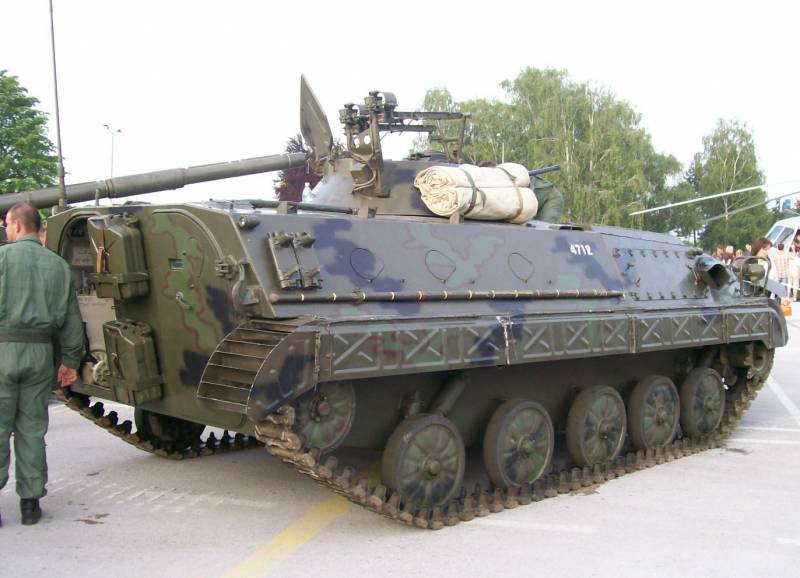 BMP BVP M-80 of the ground forces of Croatia. Wikimedia Commons Photos
To date, out of eight ERIP participants, six have managed to conclude relevant agreements. Contracts with Lithuania and Greece are not yet available, but should appear in the near future.

A few days ago it became known about changing plans for ERIP. Previously, the program was planned to be implemented in stages. Within each stage, it was proposed to work with several partners simultaneously. This approach was considered ineffective, and the program was rebuilt.

The State Department cancels the organization of the second stage. Instead, it is proposed to switch to cooperation with specific partners as they become available. In addition, the European command may be involved in the program. It will be able to allocate relatively small grants to certain countries to ensure the operation and maintenance of new equipment. The main expenses will continue to be borne by the foreign ministry.

New assistance agreements may appear shortly. Already aware of negotiations with Latvia. In general, in the context of ERIP, the State Department is interested in the Baltic and Balkan countries. They still operate a lot of Soviet-made equipment, and their transfer to other products can be very beneficial in all respects.

Within the framework of the ERIP program, several agreements have been signed, including real contracts for the supply of military equipment of various types. It is already obvious that even the first stage of the program has fully paid off. The State Department ensured the receipt of financial and political benefits through its actions.

According to well-known data, over the two years of the existence of ERIP, total assistance costs amounted to approx. 275 million dollars. At the same time, American industry received orders with a total value of approx. 2,5 billion dollars. Most of these contracts stipulate the supply of modern aviation techniques.

The main beneficiary in terms of contracts is Lockheed Martin. She has to build eight F-16 fighters for Bulgaria, and her Sikorsky unit will assemble UH-60 helicopters for three countries. The relevant contracts provide for more than $ 160 million in US aid - not including payments from customer countries. 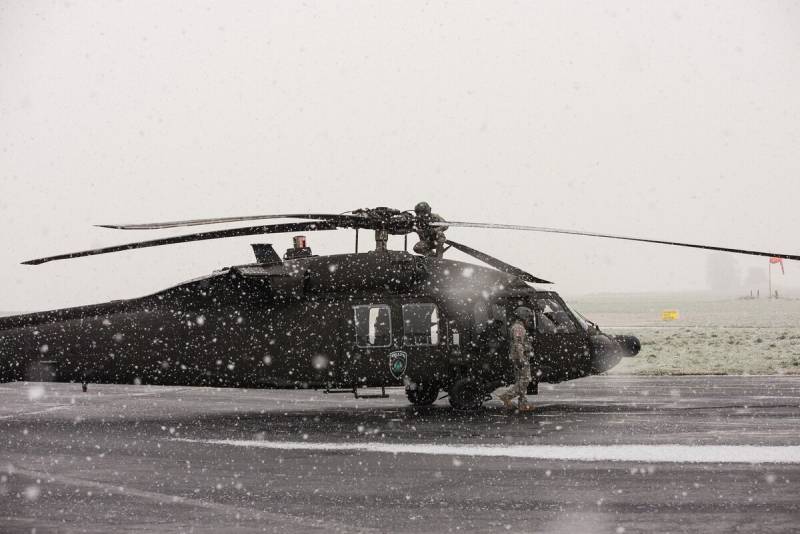 The UH-60 multipurpose helicopter is the most popular ERIP product. Photo US Army
Assistance agreements provide for some restrictions, which may encourage a partner country to place future orders only in the United States with obvious benefits for the latter. From this point of view, the ERIP program is a means of conquering new markets by crowding out the main competitor in Russia.

However, such steps no longer make much sense. According to the SIPRI Institute, of all recipients of ERIP assistance in 2010-2019. Only Slovakia bought Russian equipment, and the total cost of deliveries did not exceed 10-12 million dollars. All other states stopped buying our products long ago and firmly entered the circle of customers of the USA and their allies.

The ERIP program is also important in the context of international military cooperation. The old models of equipment available to the participating countries do not meet NATO standards and impose significant restrictions of various kinds. Their replacement with American products will simplify the interaction within the organization.

However, along with all the pluses, serious difficulties are possible. ERIP partner countries need help due to the weakness of their economies. As a result, obvious risks arise when implementing cooperation agreements. Whether Washington will be able to earn the desired 2,5 billion without difficulties and problems in paying for contracts is a big question.

The State Department is implementing ERIP plans under the slogans of helping European allies, countering the Russian threat, etc. In this case, quite specific actions take place that lead to tangible results. Having invested $ 275 million, the United States was able to earn 2,5 billion, and also secured the opportunity to receive new contracts.

Due to ERIP, Russian industry is losing potential contracts for the supply of finished samples, although it retains the ability to supply spare parts. However, the consequences of this will not be fatal for Russian military exports to Europe, and not the biggest one anyway.

Thus, the implementation of the ERIP program allows the United States to make money on military supplies and to more strongly tie existing customers to itself. In this situation, Russia is losing almost nothing, although it is gaining nothing. How successful and useful the program will be for European countries receiving assistance, time will tell.

Ctrl Enter
Noticed a mistake Highlight text and press. Ctrl + Enter
We are
SIPRI studied the arms market in 2009-2013Redistribution of the global arms market and major contracts
8 comments
Information
Dear reader, to leave comments on the publication, you must to register.