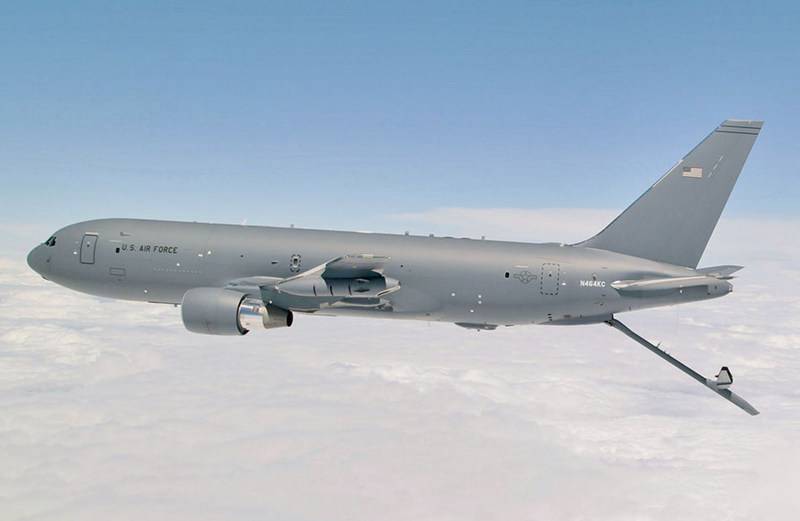 The American new Boeing KC-46 Pegasus tanker, promoted by the U.S. Air Force to replace the obsolete KC-135 Stratotanker, faced another challenge. This was reported by the press service of the US Air Force.


As it turned out, the tanker had a problem with the fuel system, which was assigned to the first category, which means that a defect can lead to the loss of an airplane or make it impossible to complete tasks. Now the problems identified by the Air Force will be fixed by Boeing at its own expense.

According to representatives of the Air Force, the first fuel leaks in the KC-46 were discovered back in July 2019 during tests with refueling in the air. As it turned out, the fault was the backup protection of the fuel system, which turned out to be defective - on several aircraft fuel was found between the primary and secondary barrier of the fuel tanks. Problems were identified in 16 aircraft, seven of which have already been repaired.

It is emphasized that this is the fifth class 1 defect found in the new tanker. Earlier it was reported that the aircraft opened locks during flights to hold cargo on the floor. In addition, the RVS remote viewing system, which allowed operators to control the fuel rod based on camera and sensor data, distorted the image, which could lead to damage to the refueling aircraft.

The KC-46A is being developed from the 2012 of the year based on the cargo version of the Boeing 767 airliner. The aircraft will be able to reach speeds of up to 920 kilometers per hour and fly over a distance of thousands of kilometers to 12,2. The KC-46A will transport up to 92 tons of fuel. As part of the first contract, Boeing must supply the Pegasus tanker with a military 34. In total, the United States Air Force intends to buy 179 such aircraft.

Ctrl Enter
Noticed a mistake Highlight text and press. Ctrl + Enter
We are
Reports from the militia of New Russia for 27-28 September 2014 of the yearResults of anti-terrorist work on Dagestan in April 2014
13 comments
Information
Dear reader, to leave comments on the publication, you must to register.