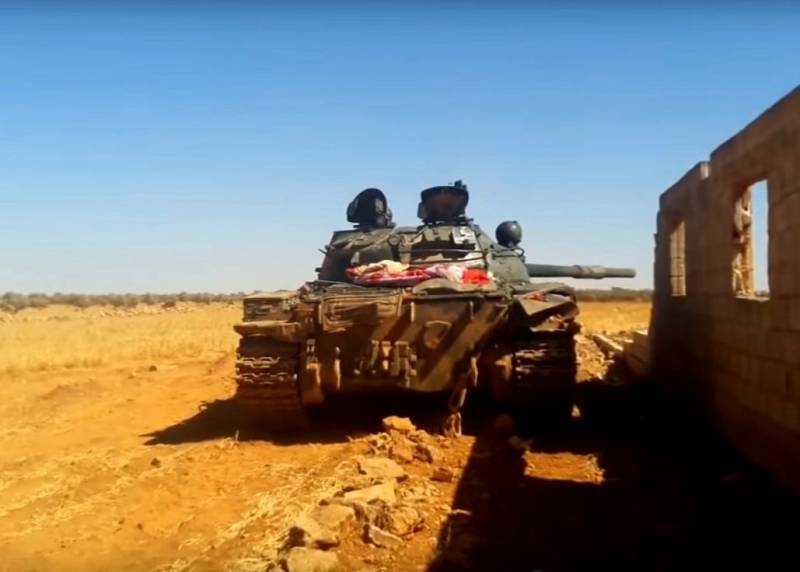 The situation in Syria remains tense. In the province of Idlib, a number of clashes between militants and government forces were noted over the past day.

But the most remarkable clash of the day occurred in the area of ​​Kafr Uweid. Here, the Syrian Arab army threw at the fortified firing points of the militants, from where the government troops were fired Tanks. Recall that it is the tanks that are one of the foundations of the combat power of the Syrian government forces.

Also received information from Serakib. Here, according to unconfirmed reports, the Turkish military violated the ceasefire and intervened in a clash of militants with government forces. They fired on the positions of the Syrian Arab army.

Given the ever-growing number of personnel and the number of military equipment of Turkish troops in Idlib, there is no doubt that sooner or later the Turkish armed forces will again begin military operations in the region, trying to finally take control of the northern Syrian territories.

Mohammed Bakri, the author of El-Bashayer, believes that Turkey will escalate violence in Syria, despite the existence of agreements with Moscow. In addition, Turkish weapon actively supplied to militants who did not plan to stop hostilities against the Syrian government forces.

Meanwhile, radical groups operating in the north of Syria willingly enter into confrontation not only with the Syrian Arab army, but also with each other. For example, in Aleppo, the feud of the Syrian National Army continues with the pro-Turkish Ahrar Al-Sharky group.

So, in the city of Al-Bab, unknown militants fired at a SNA car, injuring a SNA police chief. Allegedly, this was a response to the murder committed three days earlier by the chief of intelligence of the Ahrar Al-Sharky group, Abu Rasul, who died as a result of a shootout in the city market.

In the provinces of Deir ez-Zor and Hasek, the confrontation continues between the Syrian democratic forces, the leading part of which is played by the Kurdish militia, and the militants of radical Islamic groups.

In the area of ​​the village of As-Sabha in the province of Deir ez-Zor, a car of the Syrian Democratic Forces exploded. The organization of the terrorist attack is suspected of militants of the Islamic State organization banned in Russia (banned in the Russian Federation), whose units operate in this province. In Hasak, in the area of ​​the village of Al-Khol, where the refugee camp of the same name is located, two corpses stabbed by knives of fighters of the Syrian democratic forces were found.

Despite the difficult military-political situation, the Syrian authorities continue to take sanitary-epidemiological measures to prevent the spread of coronavirus in the country. I must say that according to official figures, the situation in Syria is very different from neighboring countries.

Thus, only 10 cases of coronavirus are known, despite the fact that in neighboring Lebanon there are 463 cases, in Jordan - 274 cases, and in Israel - 5358 cases. But, of course, such low rates may be due to the lack of real information in many Syrian regions.

We are in Yandex Zen
Syria, March 21-22: militants attacked SAA positions in Latakia and Idlib
Militants "Hayat Tahrir ash-Sham" in Idlib - Turkey: Just try to disarm us
5 comments
Information
Dear reader, to leave comments on the publication, you must to register.