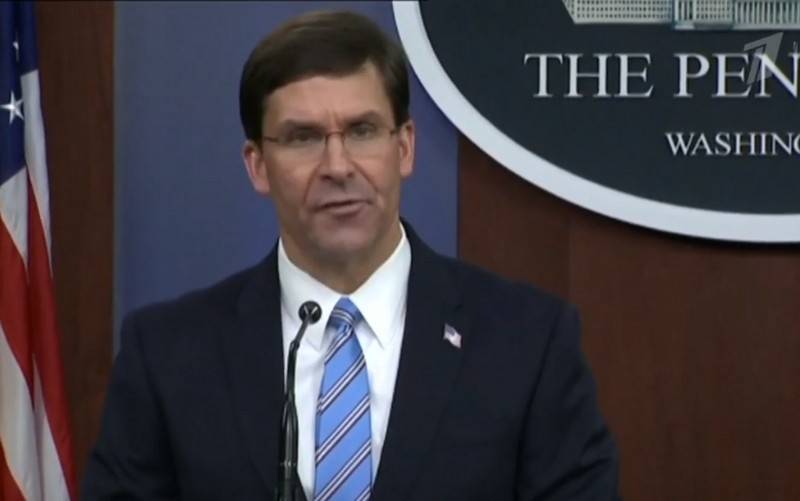 The Pentagon will not evacuate personnel from the aircraft carrier Theodore Roosevelt, where an outbreak of coronavirus is recorded. This was stated by US Secretary of Defense Mark Esper on CBS.


According to the head of the Pentagon, he sees no need to evacuate personnel from the aircraft carrier, currently located at the naval base on the island of Guam. The sailors will be provided with the necessary medical supplies and accessories, and if necessary, additional doctors will be sent to the base. Esper assured reporters that there were "no seriously ill patients" among the crew.

I do not think that we are at this stage. We provide the aircraft carrier with many (medical) supplies, (...) medical assistance, and we send medical personnel as necessary. We are currently trying to contain the virus.
- said Esper, while acknowledging that he could not get acquainted in detail with the text of the letter from the captain of the aircraft carrier sent to the command of the US Navy.

Earlier it was reported that the captain of the aircraft carrier "Theodore Roosevelt" Brett Crozier demanded that the command of the US Navy provide space at the military base of the island of Guam to quarantine the entire crew of the ship, since it is impossible to ensure quarantine on the aircraft carrier itself. According to the latest data provided by Crozier, the number of cases of coronavirus on an aircraft carrier exceeded 100 people.
Ctrl Enter
Noticed a mistake Highlight text and press. Ctrl + Enter
We are
Reports from the militia of New Russia for 27-28 September 2014 of the yearThe big press conference of Vladimir Putin
80 comments
Information
Dear reader, to leave comments on the publication, you must to register.