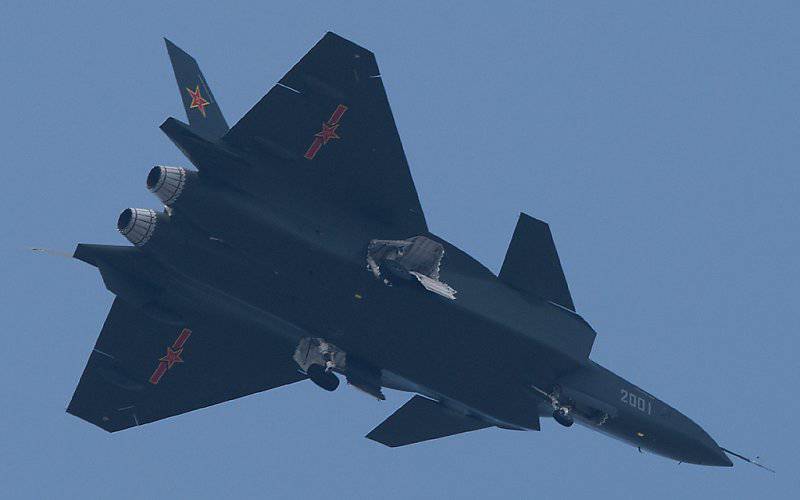 The first flight of the Chengdu J-XX prototype [J-20], 11 January 2011. Pay attention to the smooth shape and lower part of the fuselage, optimized to reduce visibility. Nozzles include sawtooth connections and edges (source is Chinese Internet).

Introduction
At the end of December 2010, images of what was claimed to be the new unobtrusive fighter of China appeared on a number of Chinese Internet sites.

At that time, there were no official Chinese statements, so many of the allegations that were widespread about the aircraft in the media could only be speculations presented as facts.

The plane could be a technology demonstrator or a prototype of a mass fighter. The latter, however, turned out to be the most likely, given the statement by the deputy chief of staff of the PLA Air Force General aviation Hee Weironga, made in November 2009 on plans to take the aircraft into service between the 2017th and 2019th years.

The following is only a preliminary estimate that is subject to further review. The APA edition will produce a more comprehensive assessment in the future, as soon as technical materials become available and their detailed analysis. 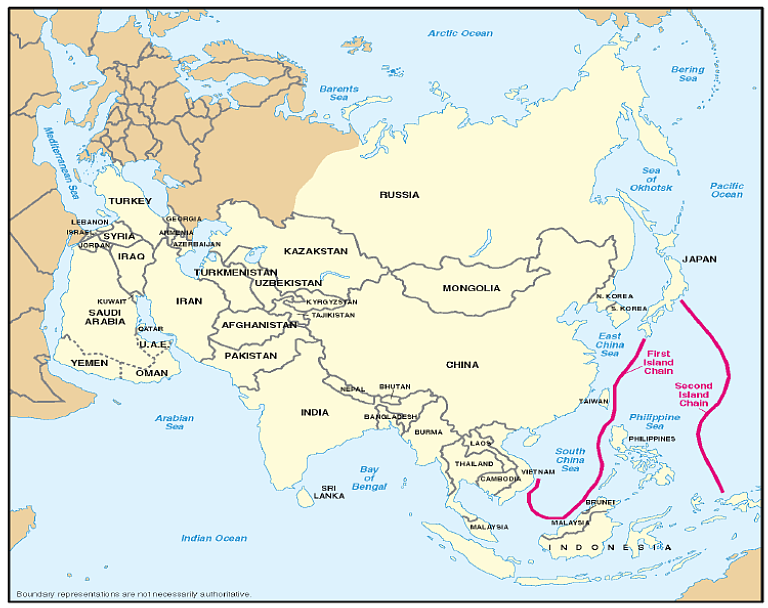 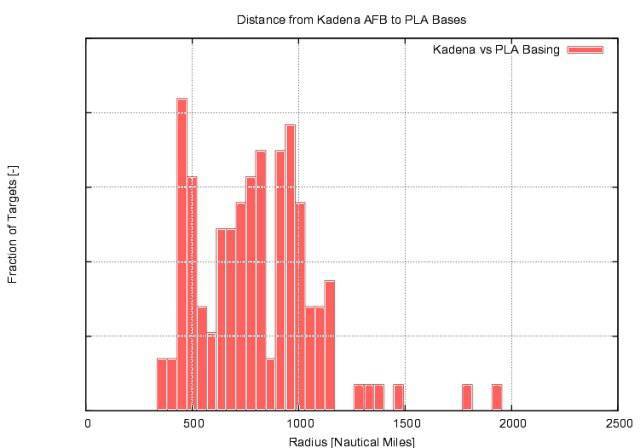 Above and below the histogram of the distances between the PLA air bases along the east coast of mainland China and the American Kaden airbase in Okinawa and Andersen airbase in Guam. The J-XX / J-20 fighter is capable of jeopardizing both these bases. 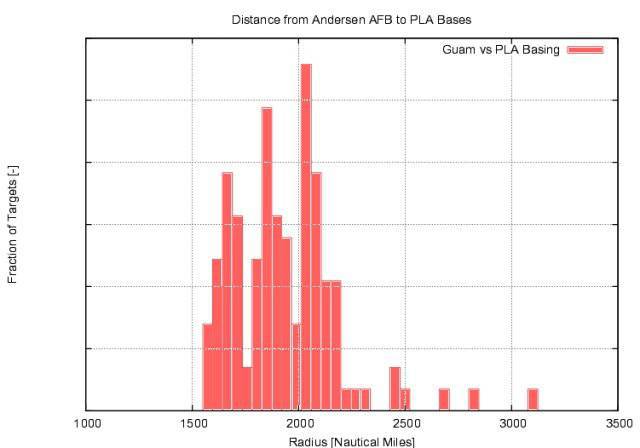 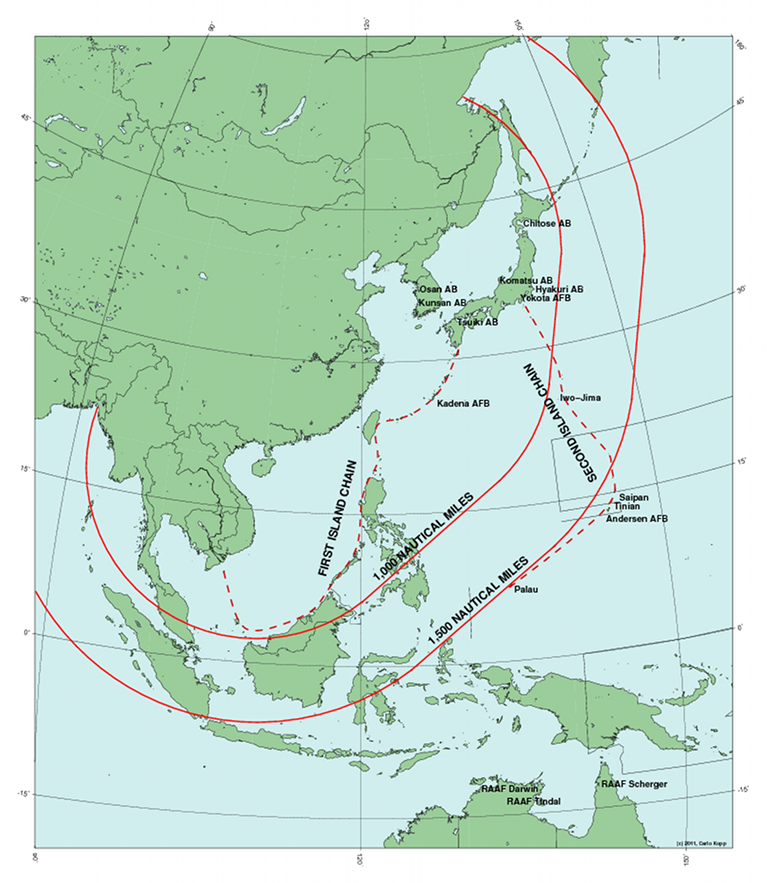 Fighting radius without refueling for fighters of the size and weight of the FB-111A class, subject to a number of assumptions, is usually from 1000 to 1500 nautical miles. This map reflects geographic reachable from Anshan, Dachang and Foluo Northeast airbases with 1000 combat radius and 1500 nautical miles, respectively. Azimuthal equidistant projections are concentrated at Dachang air base.

General conclusions
The size of the airframe J-XX / J-20 and the obvious emphasis on supersonic show at least the intention to create a long-range interceptor capable of operating up to the islands of the second ridge (including the Philippines and Guam). Most likely, the serial version of the J-XX / J-20 will include the possibility of refueling in the air to further expand the range of combat use.

The inconspicuous, cruising supersonic, long range will provide the Chinese Air Force with the ability to penetrate the integrated air defense system, destroy E-3 AWACS, RC-135В / W Rivet Joint, other reconnaissance and surveillance systems, and most importantly Air Force and Navy air tankers. In case of any unforeseen circumstances, this in turn will significantly complicate if it does not interfere at all with the air operations from Andersen airbase and blocks the bases located beyond the Ryukyu ridge, Japan Islands and the Korean Peninsula.

Any claims that the F-35 Joint Strike Fighter or F / A-18E / F Super Hornet fighter jets would be able to compete in air combat with the Chinese Chengdu, not to mention their penetration into the airspace protected by this fighter would be absurd. F-35 Joint Strike Fighter, along with F / A-18E / F Super Hornet, is aerodynamically and kinematically very inferior to that presented by J-XX / J-20, and its shape can effectively neutralize the benefits of any sensors successfully operating against early Russian and Chinese fighter versions .

Features and number of scheduled aircraft
J-XX / J-20 can be used as F-111 class and Su-34 attack aircraft if equipped with guided bombs such as Luoyang / CASC LT-3. FT-1, FT -2, FT-3, FT-4, FT-5 and LS-6. These are Chinese counterparts in American JDAM, some of which are equipped with additional wings modeled on JDAM-ER.

Complete combat capabilities with J-XX / J-20 will be the direct equivalents of the multipurpose FB-22A, as defended by Dr. James G. Roche during his tenure as US Secretary of Air Force until 2005.

The Chinese Air Force has not yet announced the planned production volume. The declared primary operational capabilities of the J-XX / J-20 are directly linked to the write-off of the Su-27SK and the first series of Su-30МКК that are currently in service. Thus, if we assume that the J-XX / J-20 is intended to replace the Su-27SK, and then the Su-30MKK, then the figure in the 400-500 aircraft is acceptable.

The LS-6 pounder caliber 250 and 125 pounds presented in Zhuhai in 2010-th year, which is a direct analogue of the American small-scale bomb GBU-39 / B, currently integrated on the F-22A Raptor. 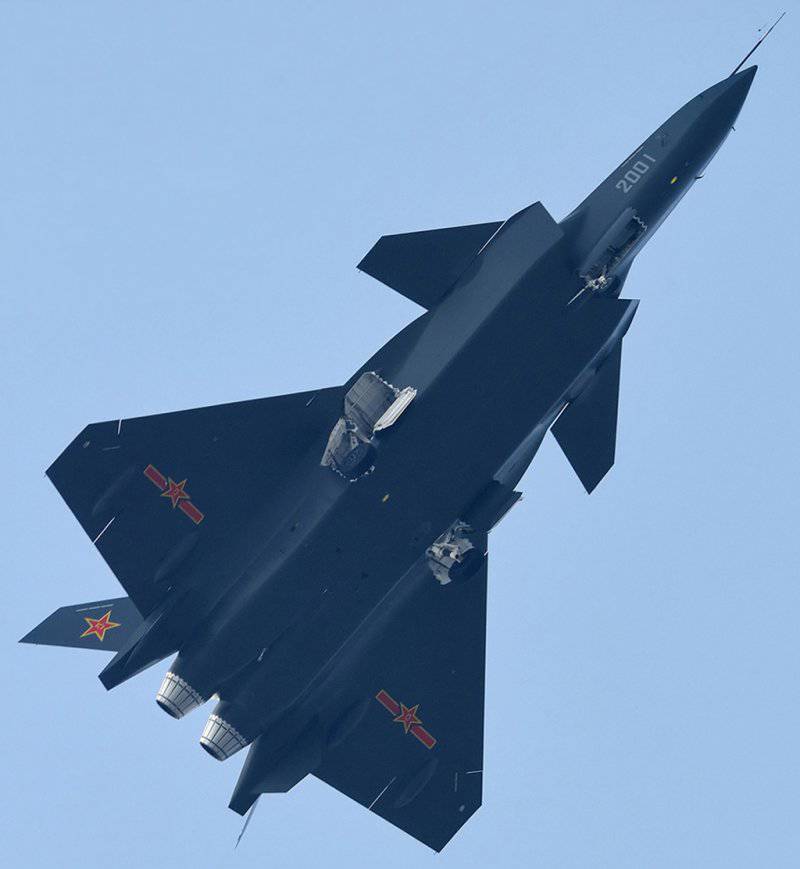 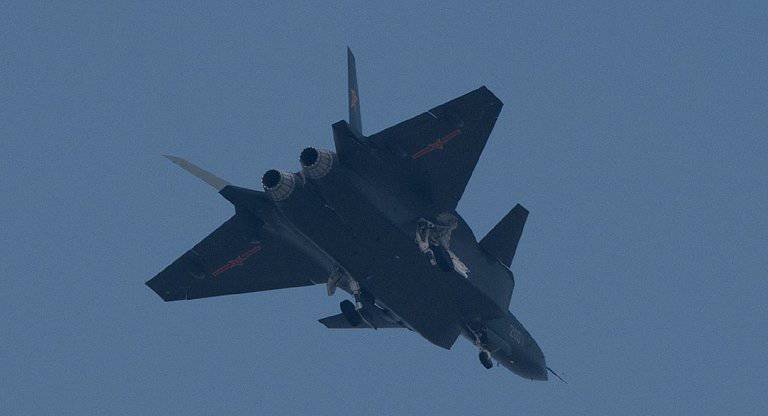 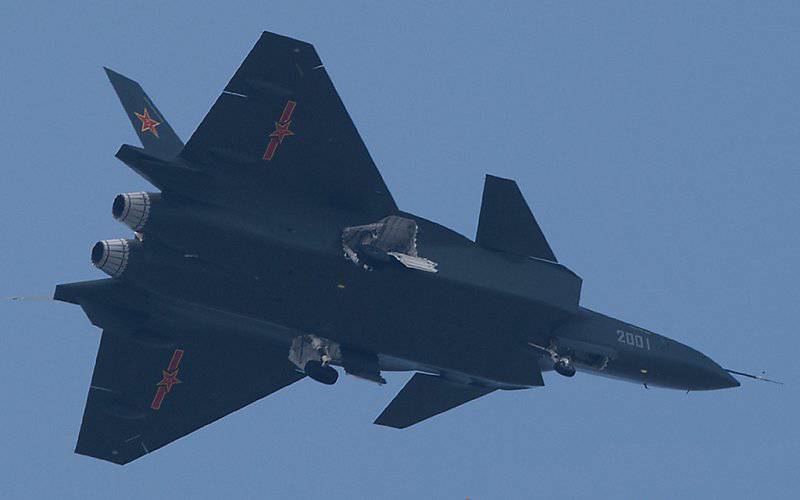 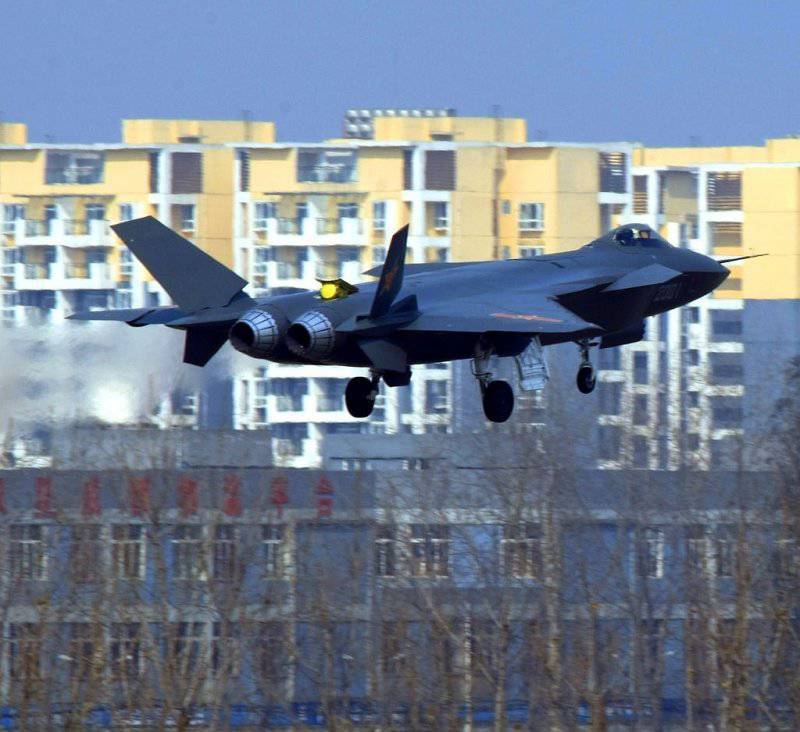 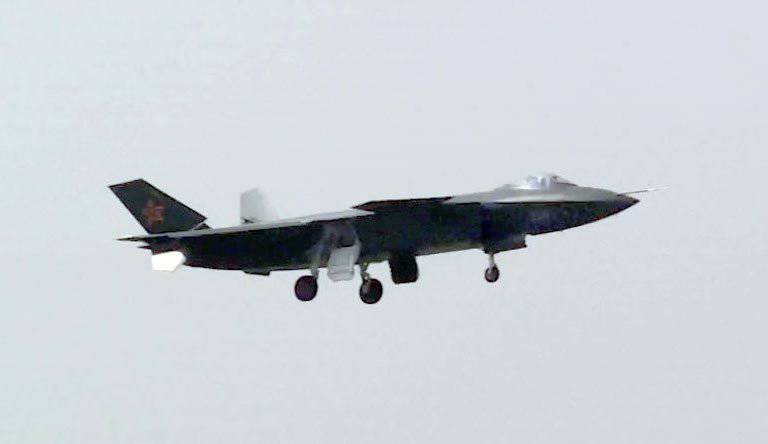 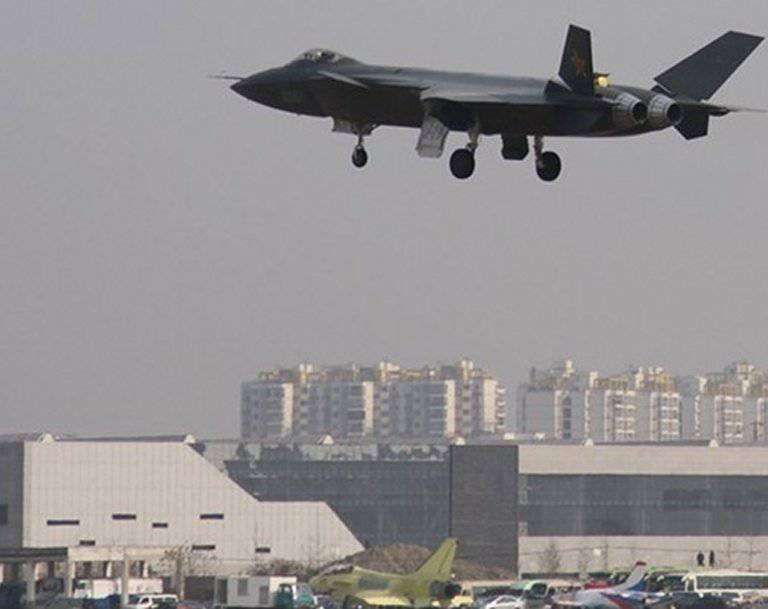 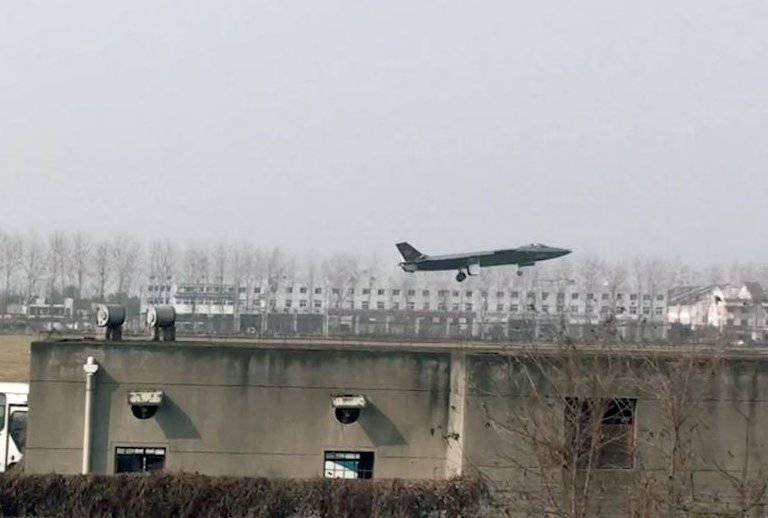 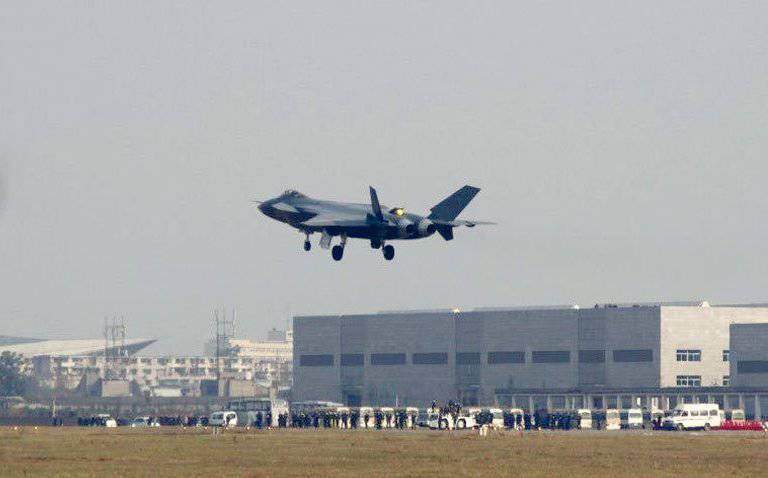 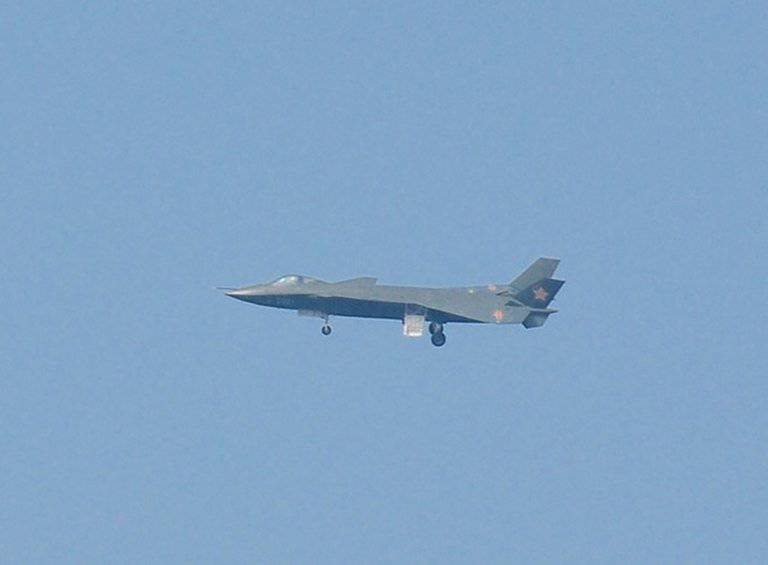 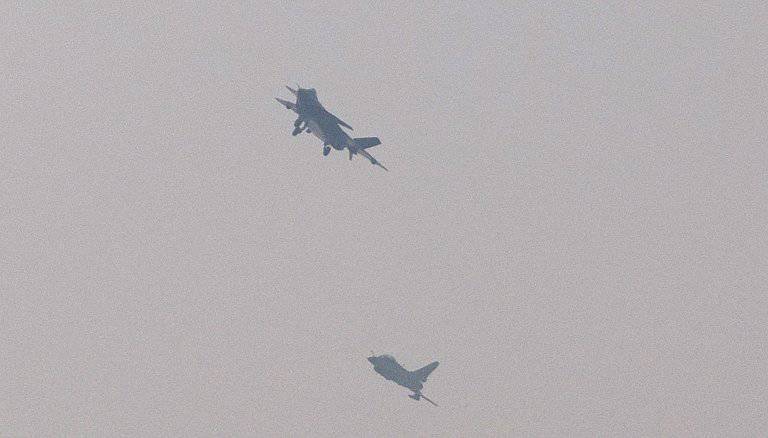 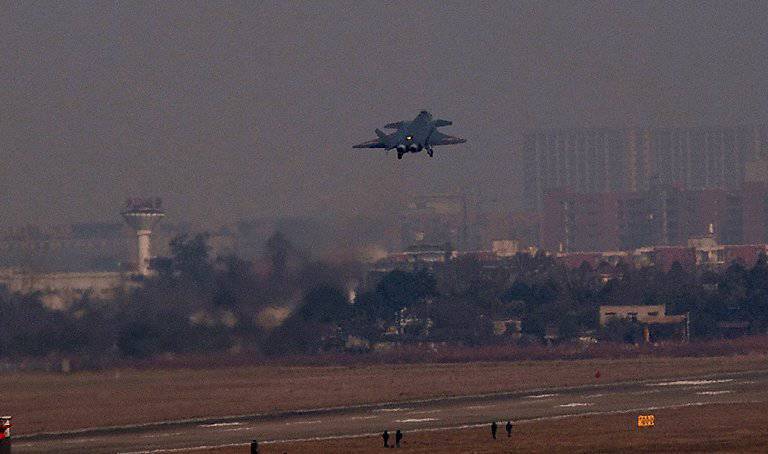 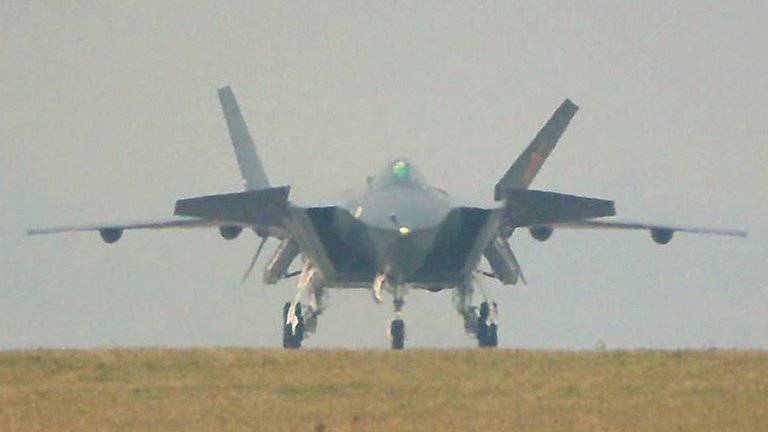 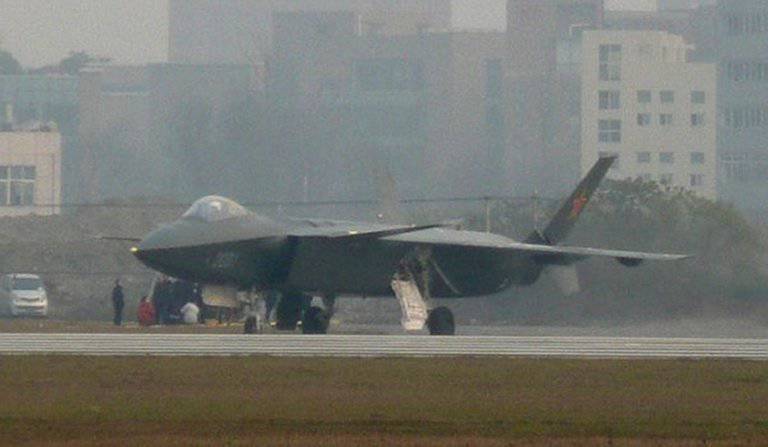 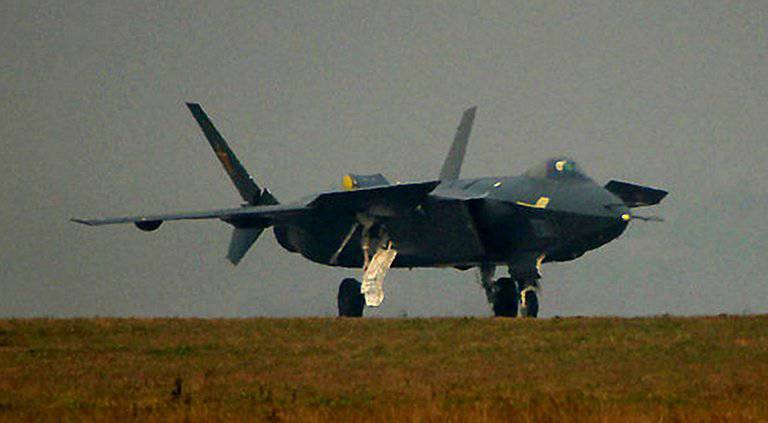 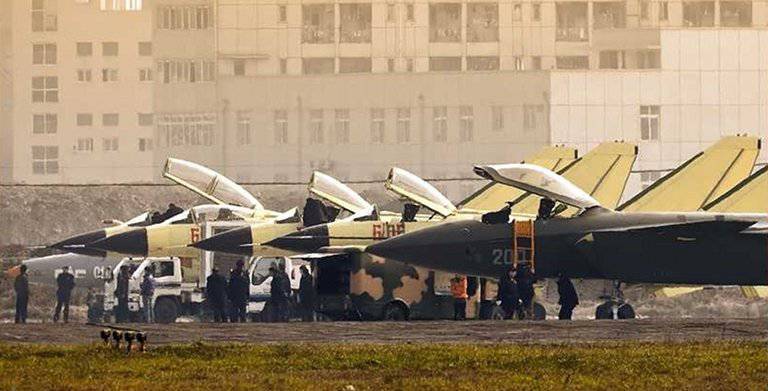 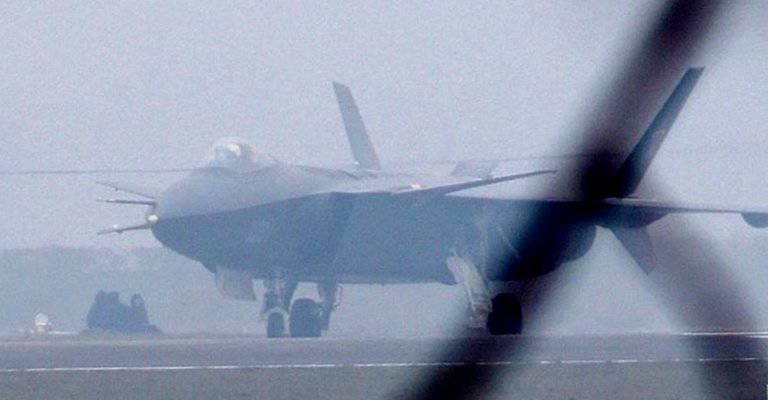 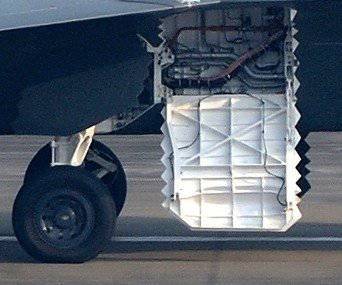 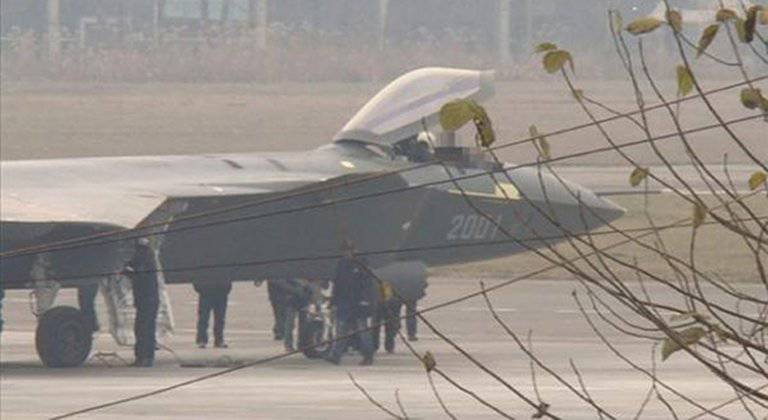 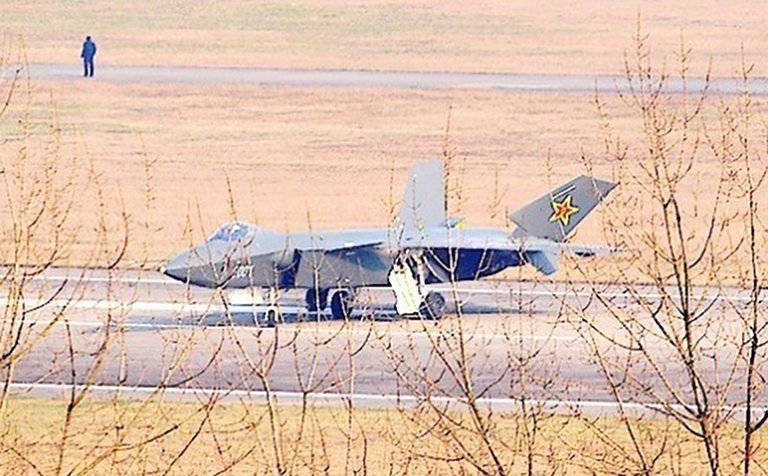 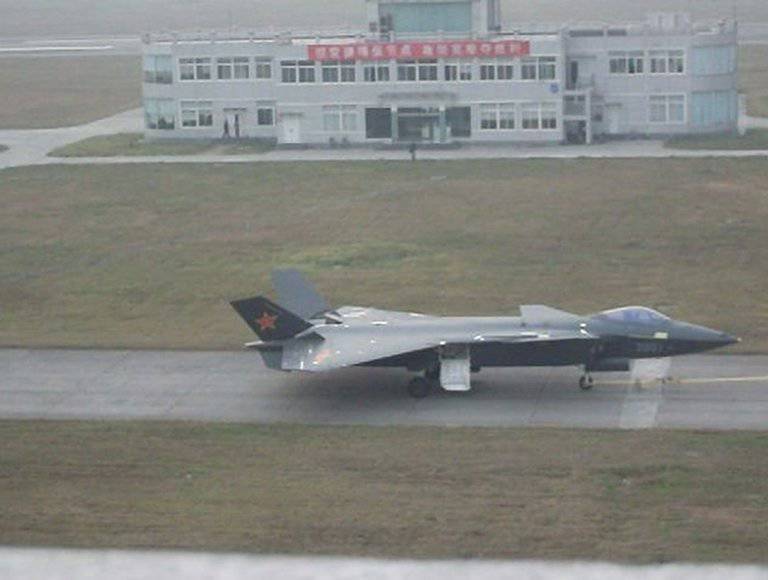 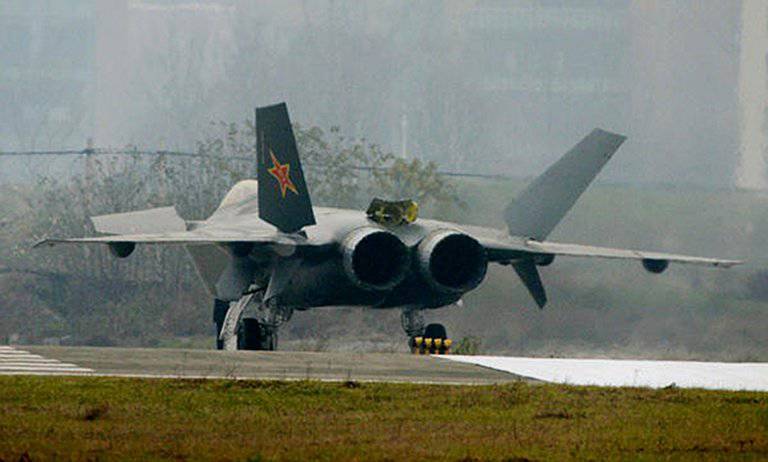