How the Hong Kong flu of the late 1960s was remembered 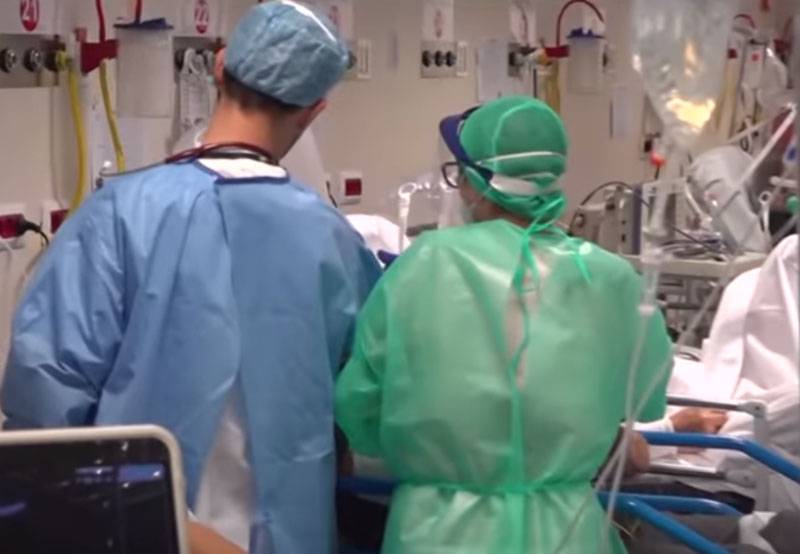 Last March, the World Health Organization announced its new global influenza strategy for 2019-2030. Its goal was to prevent seasonal flu, control the transmission of viruses from animals to humans, and prepare for the next pandemic.

WHO global plans and history of viral pandemics

The emergence of a global strategy was commented on by the Director-General of WHO, Dr. Tedros Adhan Ghebreyesus. He noted that more than 1 billion people suffer from influenza every year worldwide, 3-5 million cases are considered serious, 290-650 thousand people die.

There were already four influenza pandemics: in 1918, 1957, 1968 and in 2009 (H1N1). Dr. Gebreyesus then said: "The question is not whether there will be another pandemic, but when it will be." Among the risks of modern times, he called the transmission of the influenza virus from animals to humans.

A WHO report drew media attention to the pandemics experienced by humanity. The special place in this series was occupied by the Hong Kong flu, which was raging on the planet in 1968-1969. Probably because this pandemic is still remembered by the people living now with all its features and fears.

The Russian editions unanimously recalled Vladimir Vysotsky’s famous song “The Ballad of Going to Paradise”, in which, according to the poet, “the Hong Kong flu was defeated”. It turned out to be more difficult with disease statistics. None of the countries had a summary of numbers except the United States, which recorded the death of 33800 people from the Hong Kong flu.

The number of those who died in a pandemic went from walking around the world - from 1 to 4 million people. Hong Kong influenza itself was rated by modern virologists as "moderate in severity" with a mortality rate of less than 0,2%. So why did people remember him so much?

First of all, due to the transience of the disease. Literally in the first two days all of his symptoms showed up, including fever and fever. A person could “burn out" in three to five days. However, this applies to older people over 65 years of age with immunocompromised chronic diseases.

The rest, too, was not sweet. The Hong Kong flu was a lot of complications. He carried pneumonia, myocarditis, bronchitis, otitis media, tracheitis, encephalitis, meningitis and a whole bunch of diseases with him. Often they became chronic and even made people disabled.

The virus first appeared in the summer of 1968 in Hong Kong. The crews of sea vessels carried it around the world. Within two weeks, the flu spread to the southern provinces of China, to Vietnam and Singapore. By fall, the virus reached India, the Philippines, Northern Australia, Europe and the USA.

Hong Kong flu was brought to the United States by soldiers returning from the Vietnam War. Perhaps that is why mortality statistics were more or less kept here so as not to be suspended under the consequences of military injuries.

In the rest of the countries, the statistics of the Hong Kong flu were not much carried away. Experts attribute this to the fact that there was not enough laboratory data that could be used to link the deaths of specific people with a pandemic.

The virus, meanwhile, was quite tenacious. In 1969, he was noted in the Soviet Union, Japan, Africa and South America. This wave was weaker than the first. Hong Kong influenza bothered people a couple of times in the seventies. But a vaccine and established treatment methods were already working against him.

The Hong Kong flu is also remembered because its pandemic has been better studied than the previous ones. For example, the “Spanish woman” could only fully understand the sad memory in 2005. Then, American scientists from tissue samples of people who died from that pandemic were able to recreate the gene structure of the virus and find out why the "Spaniard" was so deadly.

Any flu today remains a serious form of seasonal disease. The figures given by the head of the World Health Organization recall this. WHO was preparing for a new pandemic of the disease, but was confronted with SARS-CoV-2 coronavirus.

Its inexperience and unpredictability forced the authorities of many countries to take emergency measures to localize the emerging outbreaks of the pandemic. This work will have a good result, which profile specialists do not doubt. They are sure that medicine will "saddle" the new virus, as it did with the Hong Kong flu.

Ctrl Enter
Noticed a mistake Highlight text and press. Ctrl + Enter
We are
How the panic fanned during the epidemics of recent yearsInfluenza in Russia. What threatens public health and why not panic?
16 comments
Information
Dear reader, to leave comments on the publication, you must to register.