US proposes to create interim government in Venezuela 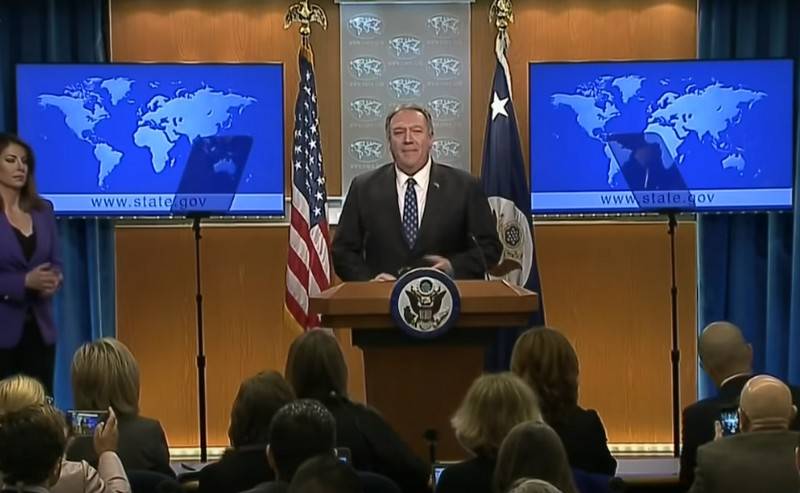 The United States has proposed a new plan to resolve the situation in Venezuela. This was announced by the head of the US State Department, Mike Pompeo.


Speaking to reporters in the State Department on Tuesday, Pompeo, in particular, said that Washington, as part of the settlement of the situation in Venezuela, proposes the creation of an interim government with representatives of the authorities and the opposition, as well as the subsequent lifting of sanctions against the country.

According to the US Secretary of State, if all the conditions are met, which also include “free and fair elections” and “withdrawal of foreign security forces,” Washington promises to lift “all American sanctions.”

Pompeo clarified that the settlement plan was developed in "close cooperation with opposition leader Juan Guaido." If Maduro does not recognize the "transitional political process", then US sanctions against Venezuela will be tightened.

The plan requires the creation of a generally acceptable transitional government to hold free and fair presidential elections, as well as creating the conditions for lifting US sanctions against Venezuela. It is based on proposals put forward by the interim government of Venezuela, which is led by Juan Guaido.
- emphasized the head of the State Department.
Ctrl Enter
Noticed a mistake Highlight text and press. Ctrl + Enter
We are
Reports from the militia of New Russia for 27-28 September 2014 of the yearYuri Drozdov: Russia prepared the role of the sacrificial calf
71 comment
Information
Dear reader, to leave comments on the publication, you must to register.