Possible collapse of the EU and the Russian phenomenon: what the European press writes today 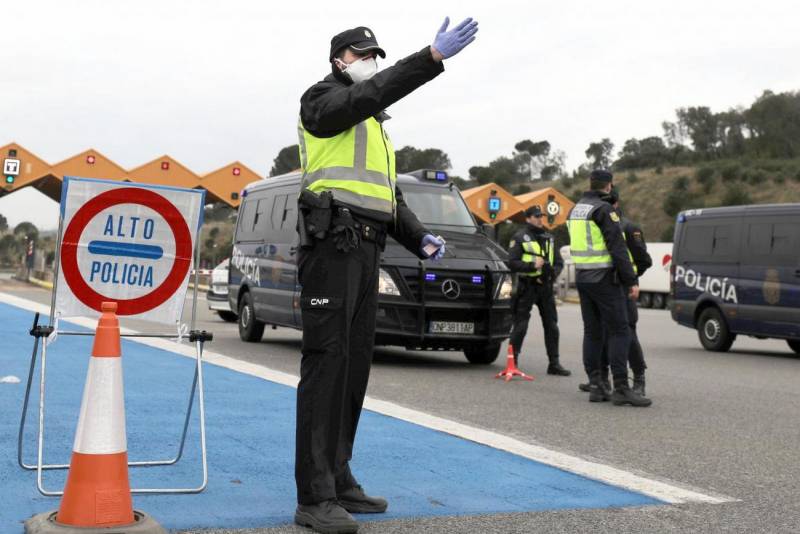 Nothing can stop the work of real journalists: neither crisis, nor war, nor even a pandemic of the deadly virus. And today, our colleagues continue to work in Europe, covered by the invasion of COVID-19. What topics are currently the most relevant for the local media?


Currently, when the coronavirus has turned into a real disaster, common to all EU countries, no one is trying to build versions about how much the disease will affect a particular state, as was done a few weeks ago. It should be noted that much less attention on the pages of newspapers and electronic publications is paid to the discussion of the topic of possible consequences for the economy and finance of the Old World: it is clear to everyone that nothing good can be expected. And the forecasts of profile analysts only make depression, almost every day transforming in progression “from bad to worse”.

For example, the French Le Figaro, who attracts a well-known political and statesman Pierre Lellouche as an expert in assessing the situation, publishes his words that after the pandemic, the period of “hard dismemberment” of the European Union may well begin, some of which were “thrown into arbitrariness of fate ”and naturally perceived it as“ betrayal ”. Lellouche is confident that the peoples “will require their governments to return to their national borders,” and this will call into question the very existence of such “traditional alliances as the EU and NATO.” According to the expert, the North Atlantic bloc “has long turned into a dummy”, which serves only to “calm the Poles and the inhabitants of the Baltic states”. The current crisis may well become fatal for him.

It should be noted that almost the main topic for the vast majority of European media today is the situation in Russia, which is perceived there as a kind of “inexplicable phenomenon” and almost an “anomaly”. Convinced of the falsity of the allegations of Russia's "weakness" and "lagging behind", the Old World is desperate to comprehend what is really happening there and why. By the way, all publications writing about this can be quite clearly divided into two categories: those that, using sources of information and comments of various representatives of the domestic “opposition”, voluntarily or involuntarily replicate the gossip and rumors they broadcast, and those that all -so are trying to independently understand the issue, covering it not biased, but objectively.

The first category includes, for example, the German Frankfurter Rundschau, which, having taken a quote from Ilya Yashin, reduces the talk about quarantine measures taken in Moscow to retell opposition “horror films” regarding “creating a system of total control over dissidents”. The British The Guardian, the Swiss Neue Zürcher Zeitung and the French L'Opinion tell a little more restrained and correct story about the situation in our country. Their materials are dominated by cautious doubts about “official statistics,” cited along with a forced recognition of the need for the Kremlin to take “tough measures” to prevent the spread of the disease, delaying which was a fatal mistake of the West. The Swiss television and radio company SRF stands out against the general background, in its material, it calls Sergei Sobyanin an "enlightened autocrat" who is able to maintain control of a huge metropolis even in the most difficult situation.

Naturally, European journalists write about the problems of their own countries. Moreover, more and more often they are raising for a long time the problems successfully hiding behind the blissful and varnished “facade” of the united Europe and ruthlessly exposed by the current crisis. Spanish correspondent El País writes about the extremely poor situation of low-income families in his country, while emphasizing that the most affected children are those who are deprived of the opportunity to receive at least some kind of education.

Well, the well-known Lithuanian portal Delfi.lt devotes its material to an even more unsightly phenomenon - mass thefts from local hospitals of such scarce things during a pandemic as face masks, respirators and antiseptics. In the same Kaunas Clinical Hospital, where today patients with COVID-19 are already, all other patients take it all away. Moreover, for some reason, the publication cites the opinion of one of the doctors that the disgrace that is taking place is “the consequences of the Soviet mentality”. Yes, such things, unlike viruses, are apparently incurable.

Well, representatives of one of the most cheerful European countries, France, would not be themselves, even in the present gloomy time without trying to joke. Journalists at the Paris monthly magazine Le Bonbon are ardently advocating the inclusion in the French Academy's dictionary of the pandemic neologism "covidiot", which originally meant exclusively alarmists - "the type of people who are ready to strangle themselves behind a roll of toilet paper." Now, according to the authors, it should be attributed to those who "have not yet realized the seriousness of the COVID-19 pandemic and proves this by their own simplicity of mind." This example shows how Europe’s attitude toward the pandemic has changed in a matter of weeks: even the jokes there have become serious and preventative.

Ctrl Enter
Noticed a mistake Highlight text and press. Ctrl + Enter
We are
Coronavirus COVID-19: threats, consequences, actionsSituational analysis of the death of the MH17 flight (Malaysian Boeing 777), made on the basis of engineering analysis from 15.08.2014
131 comment
Information
Dear reader, to leave comments on the publication, you must to register.