Tula "Cornets-EM" will surprise Ankara. Trump of Moscow in the Idlib interchange 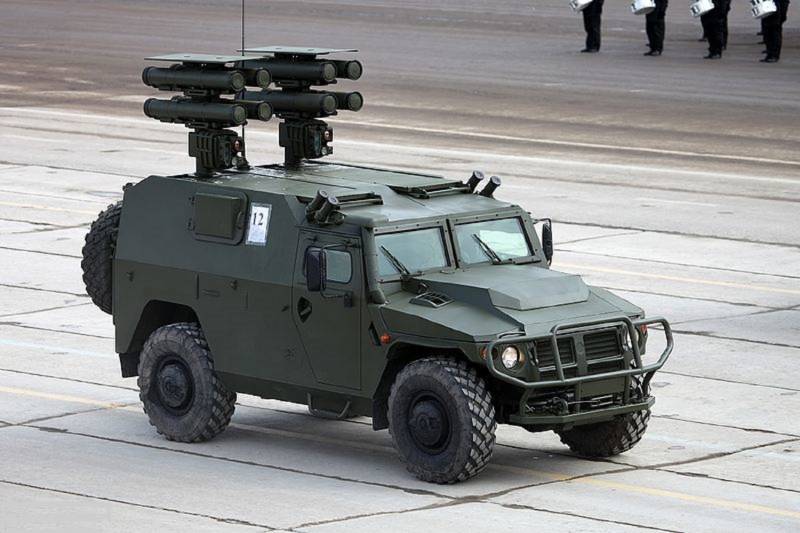 Despite the recent agreement between the Russian leader Vladimir Putin and Turkish President Recep Erdogan on a comprehensive and unlimited ceasefire in the Idlib de-escalation zone, as well as the start of joint Russian-Turkish patrol of the western sector of the M4 motorway (with the participation of a platoon of the Russian military police and the infantry platoon of the NE Turkey), the operational and tactical situation in the Idlib theater of operations continues to remain extremely controversial and difficult for expert analysis.


On the one hand, after lengthy consultations between senior representatives of the defense ministry of the Turkish Republic and the Russian Ministry of Defense, the degree of escalation tension in the region really decreased and amid the “sobering” loss of a number of strategically important settlements in the region of Serakib and the Al-Gab valley, Turkish command and supervised by him field commanders of the Islamist formation “Khayyat Tahrir al-Sham” ordered a ceasefire and withdrawal of large-caliber barrel and rocket artillery about Eastern portion contact line idlibskom so-called "gadyushnike".

On the other hand, with an enviable regularity, the utter and provocative statements made by Mr. Erdogan and the head of the Turkish defense department of Hulusi Akar regarding the restoration of sovereignty planned by Damascus over the entire territory of Big Idlib testify to Ankara’s readiness for the resumption of the Spring Shield military operation, which envisages ousting regular Syrian army units from the vicinity of the M5 motorway, Serakib and a number of settlements in the provinces of Idlib, Hama and Aleppo.

The fact that Ankara was prepared for the possible implementation of the above scenario is confirmed not only by the continuing accusatory rhetoric against Damascus by Erdogan and his advisers, led by imperial ambitions in respect of the northern regions of Syria and Iraq, but also by the relevant actions of the Turkish Army command and the defense department of the republic. In particular, despite the observed regime of “operational silence” and the withdrawal of most of the Turkish army’s receiver and rocket artillery batteries into the operational depth of the Idlib “viper” (to the second and third lines of defense of the Turkish ground forces, represented by fortified areas in the cities of Sarmada, Ed-Dan, Tennurah, Tell-Adeh and Katurah), the saturation of the region with additional armored and artillery units of the Turkish army continues as before.

So, on “Telegram” pages of informed sources in the Syrian Arab army, referring to the telemetric information of UAV optoelectronic reconnaissance UAVs of the Syrian army and the Russian military contingent in the ATS, one can find interesting photographs taken with ultrasound cameras mounted on these drones. The photo captures the tented self-propelled guns T-155 "Firtina", deeply improved basic combat Tanks M60T "Sabra Mk II", as well as an impressive number of armored personnel carriers "Ejder Yalçin", located near the Turkish observation (observation) points and fortified areas "Hayyat Tahrir al-Sham." And this is just the tip of the iceberg amid the amount of equipment that is almost daily relocated to various areas of Idlib as part of dozens of Turkish military convoys.

Consequently, by the time of the next escalation, only the number of barrels and rocket artillery, as well as Sabra Mk2 MBT, which are the main component of the Turkish offensive "skeleton" in Idlib, Turkish Turkish forces will be able to establish parity by units of the 4th mechanized division CAA and 25 -th division of the Special Forces (formerly Tiger Forces), which may well contribute to undermining the combat stability of the advanced units of the SAA and the final counter-offensive jerk of the Turkish army and Tahrir al-Sham.

Nevertheless, it would be extremely naive to believe that in the “sleeve” of Moscow, which without hesitation has entrusted itself with an incredibly heavy and thorny list of tasks to restore the territorial integrity of the once prosperous Syrian Arab Republic, there are no "trump cards" to prevent the imperial ambitions of Ankara in Idlib.

The most powerful tools that can cool hotheads in the Turkish General Staff in the event of the resumption of an active phase of hostilities in the northwestern governorates of Syria, in addition to the Pantsir-C1 air defense missile systems, are undoubtedly the anti-tank systems developed by the Tula Instrument Design Bureau of Instrument Engineering named after Academician A. G. Shipunov ("Competition-M", "Metis-M" and "Bassoon"). The most remarkable and effective in this “line” can be safely considered the self-propelled anti-tank / multi-purpose complex “Kornet-D” (“Kornet-EM” in export design), which is a long-range mobile modification of the Kornet-E ATGM, located on the chassis of the military-industrial complex VPK -233136 Tiger-M.

According to the military-technical informationnews and the Rocket Technology information platform (rbase.new-factoria.ru), citing informed sources both in the formation of Tahrir al-Sham and in the Syrian government, back in 2017, one of the experimental or pre-production copies of the Cornet “D / EM”, from the first shot it was able to hit the “jihad mobile” at a distance of about 7000 m, which overnight mixed the cards in the operational-tactical deck of both the Tahrir al-Sham field commanders and directly in the command of the Turkish ground forces.

There is nothing surprising here, because the Turkish forces were still well aware that, in addition to many times higher efficiency and a multiple reduction in deployment time, the maximum range of Kornet-D was 2 times that of the most advanced and advertised UMTAS multi-purpose missile system (10000 versus 5000 m, respectively), whose multi-purpose tactical missile, it would seem, has an important tactical and technical merit, namely the ability to defeat fir for terrain objects (achieved by equipping medium wave IKGSN requiring no illumination). Consequently, on the flat areas of the eastern regions of the Idlib theater of operations equipped with even export “Cornets-EMs” (range of 7 km), the Syrian army anti-tank platoons will be able to maintain confident dominance over Turkish armored vehicles covered by UMTAS ground-based multi-purpose missile systems. The application of preventive anti-tank attacks on the aggressor in this case is guaranteed.

The advantage of the latter will be observed only in the southern and central mountainous regions of the Big Idlib, where the Kornetov-EM semi-automatic laser guidance system, which provides for the ATGM flight in the "laser beam", will not be able to function due to the presence of a mass of hills and ridges.

As you know, an increase in the range of deeply improved anti-tank rockets of the 9M133FM / -2 / -3 family was achieved through an increase in the solid-fuel charge of the gas generator, and integration into the Kornetov-EM / D weapon control system of more modern multispectral heat-television sights for detecting and tracking targets at a distance starting from 15 km.

And finally, which will become even more paradoxical and unusual for Tula anti-tank weapons, the most “long-range” multi-purpose anti-tank guided missile projectile version 9M133FM-3 (range is 10 km), combined with a more “far-sighted" optical-electronic guidance system, will allow " Kornetam-D ”to carry out early interception of Turkish Anka-S UAV, whose operators will prepare for the use of tactical air-launched missiles L-UMTAS. As you know, in the Kornetov-D control systems, a mode of operation for targets operating at speeds of up to 900 km / h is implemented.

Against this background, even an air launch provides Turkish L-UMTAS missiles with a range of no more than 8 km, which is clearly not enough to counter the capabilities of the self-propelled Kornetov-D. As regards the main purpose of Kornetov-D, the defeat of the enemy’s armored vehicles, here Turkish Sabra Mk I / II MBTs will have little chance of maintaining combat stability, because the tandem cumulative warheads of the Tula ATGMs can penetrate up to 1300 mm equivalent, while the M60T Sabra Mk II / III tanks have an equivalent resistance to cumulative shells of barely 750–900 mm. To save “Sabra” in this situation can only equip modern complexes of active protection.

We are in Yandex Zen
The sudden displacement of CAA from Serakib is only a “warm-up”. A direct collision is indispensable.
Tragedy in Ankara. Who blows up Turkey?
46 comments
Information
Dear reader, to leave comments on the publication, you must to register.