What will the world be like after an epidemic of fear 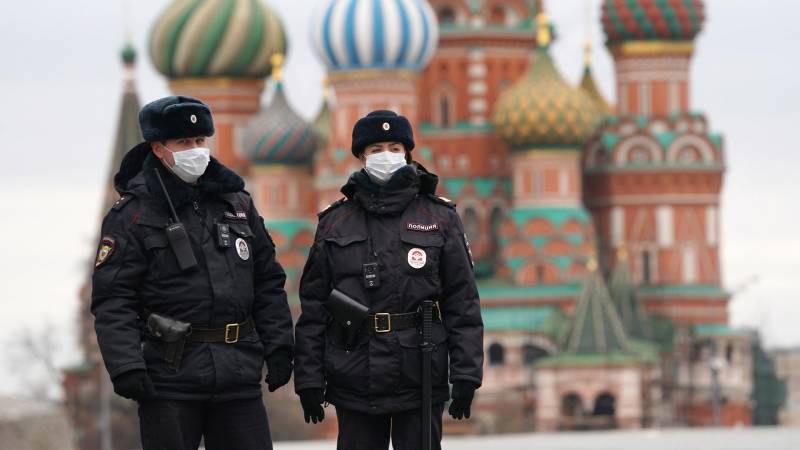 We are witnessing a transition to a new world. There will be no return to the former world. The Golden Billion, the middle class, the former consumer society will disappear. A new Middle Ages, the world of the “game of thrones” and a new caste-estate system will come.

The current crisis - economic and information-psychological (epidemic of fear), shows two main directions of the situation. Firstly, it is the "self-isolation" of the central government and the strengthening of the regional, which may soon lead to collapse.

Secondly, the epidemic of fear and the fear of the epidemic, which did not become a real threat due to its limitations, allow manipulating the public consciousness, so that a pampered and weak consumer society itself agrees to lower the level of consumption, abandon the previous level of welfare and services. The information panic, which is largely supported artificially, leads to the fact that society itself supports isolation and a decline in the level of well-being. In the hope that this is temporary: a month, two, six months, a year. In fact, the world will never be the same.

In fact, this is a limited version of a new world war, without nuclear missile strikes, tank avalanches and aviation armada. However, the result will be about the same. Information has already crushed the foundations of the former global world.

Why did they start Operation Virus?

The fact is that the concept of the "golden billion" has ceased to work. Capitalism and consumer society have led the world to a new crisis. The high standards of consumption and the standard of living of the core of the capitalist world, on which the whole planet was equal, uncontrollably gnawing, killing the planet, led to a systemic crisis, a crisis of the biosphere.

Mistakes in the management of the masters of the West (the financial oligarchy, the global mafia, the “world backstage”, etc.) caused the threat of the death of mankind. The owners of the West are aware of this and are trying to reduce management errors, “reload the matrix”, but without changing the unfair management concept. To do this, it is necessary to reduce the consumption of the bulk of the population, stop the population growth and, ideally, reduce the world's population. At the same time, maintain high standards of consumption of the "elite". Preserve part of the Earth’s resources, restore the ecology. Eliminate the possibility of a global catastrophe by restoring the biosphere and eliminating reserves weapons mass destruction, especially for Russia and some other countries.

These conclusions were made by the “think tanks” of the West back in the 1970s. In the period of the 70-80s, the capitalist world was on the verge of a severe crisis and self-destruction. Then it was avoided by the collapse of the USSR (the decaying top of the Union played the main role in this process) and the socialist camp. The USSR-Russia and other socialist countries were plundered, made part of the capitalist world, turned into a raw material semi-colonial periphery. In the early 2000s, the global world came to a crisis again. Then the West conducted a cover operation (“international terrorism”), and since 2008 the crisis has been flooded with money.

However, the fundamental causes of the crisis have not gone away. In the early 2010s, the world began to prepare for a "reboot." It is interesting that the search for the image of the future can be seen in the form of two concepts reflected in films, series and books. The first concept is a post-apocalyptic world, a planet after a global catastrophe. With a sharp decline in population, consumption and a clear division of people into castes - the “chosen ones” with access to the highest technologies, including long life, and slave servants. These worlds are shown in such films: “Remember Everything” (2012), “Elysium - Paradise Not on Earth” (2013), the series “The Hunger Games” (2012–2015), “Divergent” (2014–2016), “ Blade Runner 2049 ”(2017),“ Aelita: Battle Angel ”(2019), etc. The second concept is the massive interest in fantasy, alternative worlds and universes. In particular, the popularity of the game “Game of Thrones” comes from here. This is the archaization of society. A new feudal and even partially slave world, but with islands of high technology.

The world after the epidemic

Obviously, from a medical point of view, there is no pandemic. From banal hunger, from cancer, from the hands of criminals, from road accidents, from alcohol and drugs, etc., many more people die every month than from coronavirus. There is nothing close to the typhoid epidemic during the Civil War in Russia or to the Ebola virus (mortality over 40%). The complete discrepancy between the scale of the threat and the scope of the response, information panic. Almost the entire planet was simply driven into a quarantine hut.

So this is a planned operation. "Reboot matrix", reformatting the world. There is a global redistribution of capital. Conscious and total destruction of the old world, with the closure of borders, entire cities and countries, the cessation of the movement of people, goods and services. With the oil, gas and trade war. There is a pushing of the world into a new global depression, turmoil.

In fact, this is a new hybrid, information-psychological warfare. Without the invasion of powerful armored armada, rocket attacks. But the result will be about the same. The destruction of the entire old system and global infrastructure. The collapse of the petrodollar system. At the same time, the population in a panic from the "virus" itself will agree to the loss of rights and reduce consumption, welfare. Human mobility, including mass tourism, will be limited, as will the almost uncontrolled flows of migrants. We are witnessing a transition to a new world. There will be no return to the former world. The Golden Billion, the middle class, the former consumer society will disappear. There will be a transition to regional markets and currencies. A new Middle Ages will come, the world of the “game of thrones”, a new caste-estate system.

China, if it survives, will build its empire. He will fight for Taiwan, it is possible that he will turn to the north if Russia collapses into a new turmoil. Turkey is already building a new Ottoman Empire. The same path goes and Iran, Saudi Arabia. Trump is trying to save a highly industrialized America. A new Reich may arise in the place of the European Union. In general, Europe will slide into isolation, the revival of authoritarianism, national-nationalism and fascism. The collapse of a number of countries is possible: Italy, Spain, Great Britain, etc.

Russia could get a “window of opportunity” if it ignored panic and began to recreate its empire (in particular, isolation from Belarus is a strategic mistake), abandoned its role as a country of peripheral capitalism, switched to autocracy and autarchy, and started a new one industrialization, setting high goals based on Russian basic civilizational values: faith in the victory of good, justice and love. Unfortunately, Moscow is now following the line of Western policy, again repeating everything behind the "civilized world." This is the road to nowhere. Fear is a defeat.

Ctrl Enter
Noticed a mistake Highlight text and press. Ctrl + Enter
We are
Interview of V. Putin to Channel One and the Associated Press AgencyWhat you didn't want to know about England
137 comments
Ad