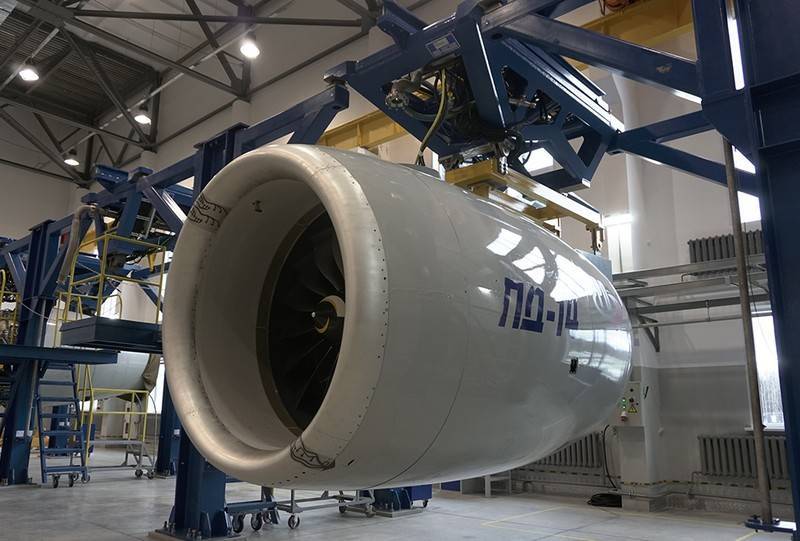 Serial production of promising aviation PD-14 engines for the MS-21 medium-range passenger aircraft. The production is deployed at the enterprise "UEC - Perm Motors". This was announced by the executive director of "Rostec" Oleg Yevtushenko.

In January 2020, the first products for installation on the latest Russian aircraft MS-21 were already delivered to the Irkutsk Aircraft Plant
- declared Yevtushenko.

PD-14 is the first completely Russian turbofan engine for civil aviation since the 1980s, developed taking into account international norms and requirements. The engine was created using the latest technologies and materials to ensure modern performance and a high level of environmental friendliness. The new by-pass twin-shaft engine can develop up to 14 tons of thrust in take-off mode.

MS-21-300 is a new generation short- and medium-haul passenger aircraft with a capacity of 150 to 211 passengers. Certification of the aircraft should be completed this year, and mass production is scheduled for 2021.
Ctrl Enter
Noticed a mistake Highlight text and press. Ctrl + Enter
We are
The first PD-14 engines for MS-21 delivered to Irkutsk Aircraft PlantList of CIA-funded Russian public organizations
122 comments
Information
Dear reader, to leave comments on the publication, you must to register.