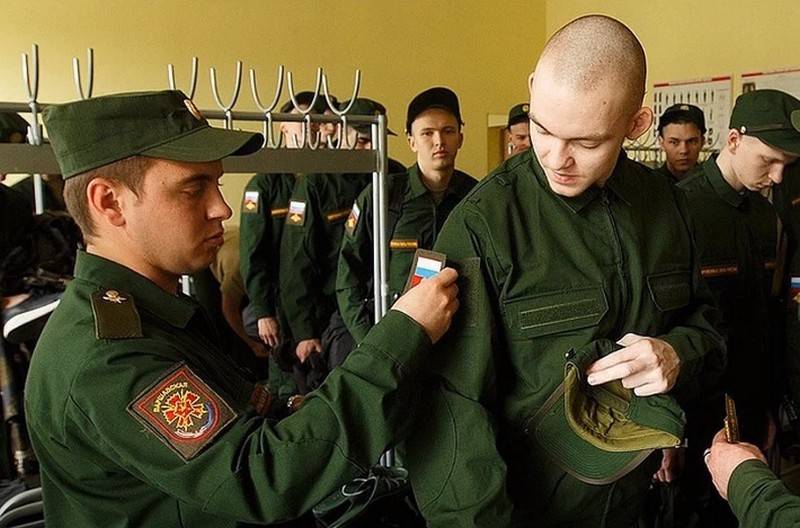 On April 1, the spring draft in the Russian army begins. According to the General Staff, 135 thousand people will be called up for military service - exactly the same as in the spring draft last year.


Spring draft will be held in 83 regions of Russia, conscripts will not be drafted in the Komi Republic and the Yamalo-Nenets Autonomous Okrug. In these regions, only the autumn call is carried out.

According to the head of the main organizational and mobilization department of the General Staff of the RF Armed Forces, Colonel General Yevgeny Burdinsky, conscripts will undergo compulsory quarantine, during which they will be provided with accommodation, training and meals separate from the rest of the military personnel.

At this time, the personnel will be stationed in separate barracks, food and training organized separately from the rest of the military personnel of the military unit. The health status of the arriving military personnel will be carried out constantly, with thermometry at least three times a day
- said the general, adding that recruits with signs of respiratory illness will be immediately isolated, tested for coronavirus infection and will receive all necessary medical care.

It is also reported that the dates of sending recruits to the troops will be adjusted in connection with the coronavirus. The first recruits will be sent to duty stations no earlier than May 20.

Adjustments were made to the dates of the start of the draft commissions and the dates of sending recruits to the troops in connection with the coronavirus pandemic. The Minister of Defense has already decided that the first draftees will go to duty stations no earlier than May 20
- it is spoken in the message of the Ministry of Defense.

Note that to date, the Russian army has not recorded a single coronavirus disease. In total, from the beginning of the spread of the disease in the Russian army, 4035 tests for coronavirus were carried out, all samples were negative.
Ctrl Enter
Noticed a mistake Highlight text and press. Ctrl + Enter
We are
The General Staff responded to the question about the possibility of complete rejection of the call.The General Staff of the Armed Forces of the Russian Federation: the number of draft dodgers decreases, the percentage of young people’s fitness for military service is growing
63 comments
Information
Dear reader, to leave comments on the publication, you must to register.