Syria, March 30-31: incident between US military and Russian patrol 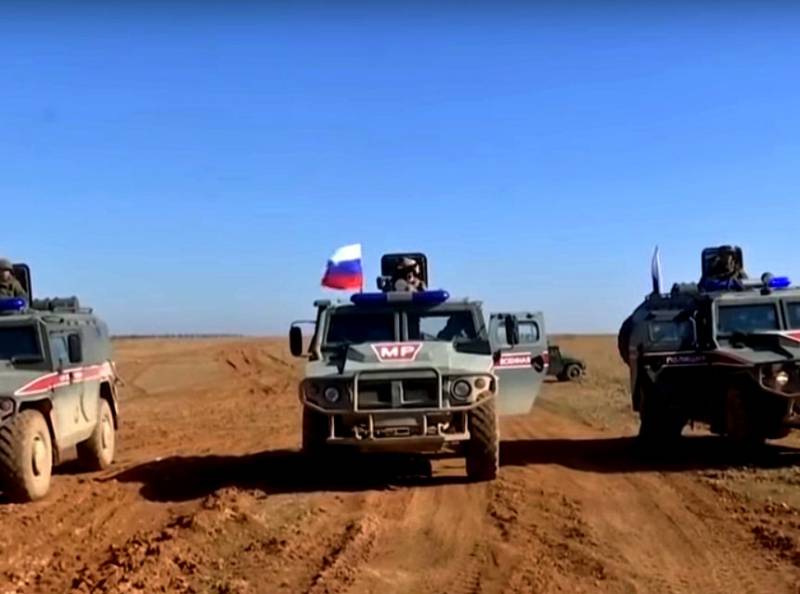 Despite the armistice agreement and the continued spread of coronavirus in the Middle East, armed groups in Syria do not think to stop attacking the positions of government troops, and Turkey is sending one military convoy to Idlib province.


In the northeast of Aleppo province, near the village of Arab Hassan, pro-Turkish armed groups fired on residential areas, as a result of which a local resident was injured and a girl, his daughter, was killed. In the settlement of Al-Harraq in the province of Dar'a, unknown fighters shot and killed a civilian, and in the Shahin area fired at a checkpoint of Syrian government forces.

In the northwestern part of Aleppo province, clashes between the militants of the pro-Turkish Ahrar al-Sharkyya group and the local population occurred in the village of Kasim. Here, local residents refused to pay tax to the militants, after which the militants expelled several families from the village. Naturally, the Turkish military command does not react in any way to the lawlessness of the controlled groups in relation to the civilian population.

Syrian democratic forces accused the Turkish army and Turkish-backed radical groups of shelling the village of Dibis. According to unofficial information, in the area of ​​the village of Kari Marka, an unpleasant incident occurred between Russian and American military personnel: on March 30, 2020, US Army soldiers did not allow a Russian military patrol to pass.

A Russian patrol with heavy armored vehicles drove into the village of Kari Marka. American troops consider it their zone of control, so they intercepted Russian cars and forced them out of the way. The incident caused a panic among the villagers,
- writes a source on the social network Twitter.

A Russian patrol of heavy armored vehicles entered Kari Marka village in Tirbesipiye. American forces consider it their areas of control, intercepted the Russian vehicles & forced them out of the road. The incident caused panic among villagers after the vehicles smashed several sheep pic.twitter.com/C9hUiI4MRJ

Note that this is far from the first such incident between Russian and American military personnel. Although история The Syrian civil war also knows examples of how the Russian military saved American soldiers from the anger of the local population, who stoned American patrols.

In the region of Ain-Issa in the province of Raqqah, a missile strike was hit on a car in which was the commander of the Sultan Suleiman Shah brigade, which was part of the pro-Turkish Syrian National Army, Hamid Abu Susan. The field commander died on the spot, and the SNA command accused the Syrian Democratic Forces, whose units also operate in the area, of involvement in the strike.

But the transfer of Turkish troops continues to Idlib province. Another convoy of several dozen military equipment tanks, armored vehicles, artillery pieces and rocket launchers crossed the border of Turkey and Syria in the area of ​​the Kafr Lyasin crossing. At the same time, Turkey continues to patrol sections of the strategically important M4 highway, but it is very doubtful that artillery and rocket launchers are required for military-police missions in the ceasefire zone.

The militants of the Khayyat Tahrir ash-Sham group, banned in Russia, meanwhile, are again trying to prevent the Russian military from patrolling the highway by setting up barriers and periodically organizing protest rallies for which local residents sympathize with the group. The Wa-Harid al-Muminin group refused to leave their positions at the highway altogether and promises to attack Russian patrols when they appear.

The Syrian Arab army continues to relocate its units. According to the source of Zaman al-Wasl, the famous 25th division of the Syrian army (Tigers division) is moving from Serakib and Maaret al-Nuuman to Zaevfratiye. So, a convoy consisting of 100 pieces of equipment, including 15 tanks, 10 infantry fighting vehicles and several dozens of jeeps with mounted machine guns and air defense systems, advanced from a seracib to a new location. The total number of units withdrawn is, according to the source, 1200 military personnel.

In turn, in the province of Hasek in the As-Sina prison, where militants of terrorist groups who were captured by the Syrian democratic forces are detained, the riot of prisoners continues. Fifteen prisoners, according to unofficial information, managed to escape, they even involved in their search Aviation USA. This was reported by "VO".

The remaining prisoners are demanding changes in conditions of detention due to fears of contracting a coronavirus. In turn, the command of the Syrian Democratic Forces reported that the rebellion was suppressed and none of the prisoners escaped from prison.