COVID-19: “After” will not come immediately 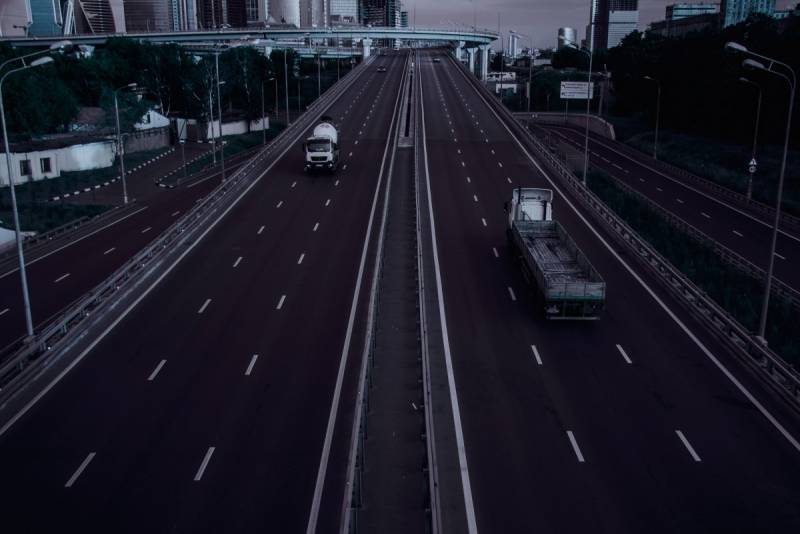 Has it not yet reached us?

Our small author pool expected this week to speculate on how to get out of the viral crisis, in many ways, of course, man-made. First of all, economically and socially. Recall what the programs for overcoming the Great Depression in the USA and Europe were, and at the same time why the Nazis came to power in Germany on this wave and why the crisis only hooked the USSR in passing.

Of course, I would like to recall a more relevant experience - the Russian one (both after the default and after the crisis of 2008-2009 and under damned sanctions). Even a biting generalizing heading came up with: "Virus: what after?" But it did not work out, it is still clearly early, because the quarantine is likely to drag out, although, hopefully, it is no longer in such harsh forms.

At the same time, apparently, it is hardly worth counting on a quick return to normal. Most likely, that life that was before the crisis, before the virus, will simply not be. Too much will change, and will change irrevocably. It seems that it is not without reason that Russia is about to introduce criminal liability for violation of quarantine. At least in the State Duma, the relevant laws have already been passed, and the Senate and the president do not like to spend time at all.

The author is not going to blame anyone for excessively harsh measures, especially when speaking in the media, for this, too, a certain responsibility is provided. However, it is impossible to forbid anyone to doubt their effectiveness, even journalists.

Literally on Tuesday morning, on the way to the post office for registered mail, I think it’s not worth explaining what kind I met a patrol of three perfectly packed and clearly armed young people. Either spetsnaz or steeper, but certainly not from the Russian Guard - there are thinner shots there, these entrances to the parks and at the Exhibition of Economic Achievements are guarded. The mail, by the way, turned out to be closed, and immediately pulled out to speak about draconian measures taken now in relation to "free cultivators."

What do you think is their main advantage? For some reason, it seems to me that the effect of them, with all desire, cannot be directly estimated. No, of course, when a week or two passes under quarantine, the authorities of all countries will literally excitedly report on their own successes in the titanic struggle. Not to the people, but most likely to Washington “regional committee”.

I'll give everything for the smile of a Japanese

There, by the way, the most important one already had the courage, but rather the audacity, to admit that 200 corpses would be a good result for the United States in the fight against coronavirus. A simple calculation shows that, ceteris paribus, it may well “shine” to us 100 thousand or so. Let's hope that Soviet medicine, we admit, is very poor from a material point of view, but for some reason it is no less effective, has not yet been completely destroyed. At least in terms of personnel, and it will work, as in the good old days - against influenza and cholera, and during the war years too.

And then, in Russia, for such, so to speak, “digital” they can immediately send either to Butyrka or to Kashchenko. It is no accident that overseas, as, indeed, in Europe, such revelations of poor Trump try not to replicate, and even mix joyful smiles of the Japanese, and for two reasons at once. The first, of course, is the sakura blossom, and the second is the exact date for the start of the 2020 Olympics in Tokyo. That is, July 23 is already the year 2021.

A bit of positive was immediately added by messages from Italy, where the decline in the growth of the diseased was finally noted, and the number of deaths is no longer growing so rapidly.

But why is the world press, and the Russian one too, so lingeringly circulating the sobering statement of WHO experts that this organization “recognized the self-isolation of citizens as useless for the fight against coronavirus”? One of the writing and actively filming colleagues immediately put forward this really tricky verbal construction from news.mail.ru to the nominees for the most idiotic headline.

And yet. Is it worth recalling that before that, WHO experts in all their official and not very speeches only did that they added fuel to the fire. Almost the only truly sensible and intimidating statement was the recognition that the COVID-19 epidemic was the first in stories humanity is a control pandemic.

This recognition even went to Wikipedia. And all of a sudden ... So, is it not time for us to change our minds in Russia, having adopted not the American and European, but the Chinese, and even wider - Asian experience, when all chains of potentially ill people are tracked extremely clearly, and the defendants are cut off from new contacts immediately and without sentimentality. And without snot, as already, alas, it happened to the governor of Khakassia Viktor Zimin, who evaded quarantine, but, you see, he did not get sick. But he could infect very many. Does it make any sense to drag out global quarantine?

Isn’t it just that on Monday, not somewhere, but on the Telegram channel of the Moscow headquarters sounded the idea to stretch the regime of self-isolation in the capital right up to April 14? She was even put into the mouth of one of the Moscow leaders. And was it just that you had to refute the message right away? 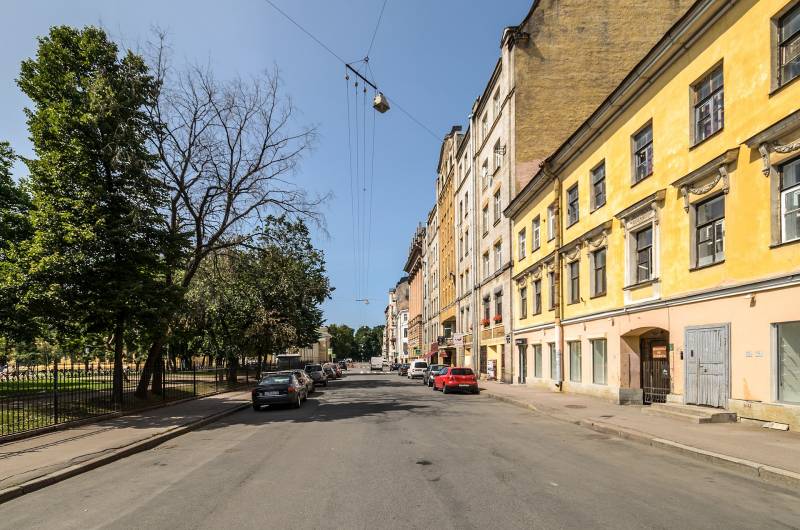 Isn't it time now to deal with the quarantine deadlines and give an opportunity to all who really need and can continue to work normally? And to debug now all the mechanisms of what really helps better than any self-isolation and some kind of sadistic deliberate curtailment of any kind of useful activity.

It would not be worth starting with advertising commercial clinics that open all doors to the fight against COVID-19, but with the operational training of thousands of normal hospital wards, and not just beds. And from the urgent delivery to the drugstores of millions, not tens and hundreds of notorious scarce masks, and most importantly - medicines, which have already been professionally proven to be effective in the fight against new misfortune.

No, no one thinks to say that there is already a working vaccine for the “crown”, but they are hiding it from us. There is a whole set of prophylactic prophylaxis treatment methods for the first symptoms, which are claimed not only by reputable, but by the most reputable experts up to Leonid Roshal and the head physician of the famous Kommunarka Denis Protsenko. This, of course, if everything is really as serious as in Italy or New York.

When we begin to count the sick and infected really, and not superficially, as now, the increase in numbers can really turn out to be frightening. But will honest statistics help at least something? The author does not urge here to continue to lie, or rather, to deceive themselves, it’s just that they will not be able to manage the truth. Especially in conditions when in all other respects lying (especially to ourselves) has become almost the norm.

To begin with, the “quarantine creators” are obviously cunning about the right to impose fines for all types of violations, since they do not have real authority to even introduce such restrictions themselves. This can only be done by introducing a state of emergency, and this, excuse me, is the president’s prerogative.

He spoke, of course, severely, but did not introduce an emergency. And even "soak in the toilet" did not promise anyone. Since it is unclear who to "wet." The guarantor gently limited himself to what he called the regime of self-isolation as a measure that was "justified and necessary."

And “the introduction of mass restrictions of the kind in Moscow is the exclusive competence of the Federal Assembly and the president.” And this is not the author’s nonsense, but a quote from a speech by member of the Federation Council Andrei Klishas.

It remains to give some more evidence. The so-called virulence index, that is, the ability to infect in coronavirus, is from three to four points, in ordinary flu this index fluctuates between marks 2 and 3, but in measles - 12-16. Measles is much more contagious! But with the measles epidemic, no quarantine has been introduced for a long time.

Not so long ago, already this winter, chickenpox was recorded in many metropolitan schools. Almost two thirds of schoolchildren were ill, mostly from the elementary grades. However, only a few schools were quarantined, and no one was transferred to home schooling at all.

Most likely, many will have to get the “crown”, although, like many of my friends doctors, I do not believe in any rebuttals, especially from the yellow press, regarding the fact that many consider themselves to be similar to COVID-19 for a year, two, and even three back. But there will definitely be an “After”, when too much will change in someone’s favor.

Whose? Yes, in favor of those who are now pumping psychosis and that way easily juggles with numbers. Where 200 thousand, there are a couple of millions. They, in fact, are not used to it. And we still remember. Hiroshima, Nagasaki, Dresden. And we even remember Tokyo-1945. It's just that the times are different now. And other means.

Ctrl Enter
Noticed a mistake Highlight text and press. Ctrl + Enter
We are
Coronavirus COVID-19: threats, consequences, actionsSituational analysis of the death of the MH17 flight (Malaysian Boeing 777), made on the basis of engineering analysis from 15.08.2014
163 comments
Ad