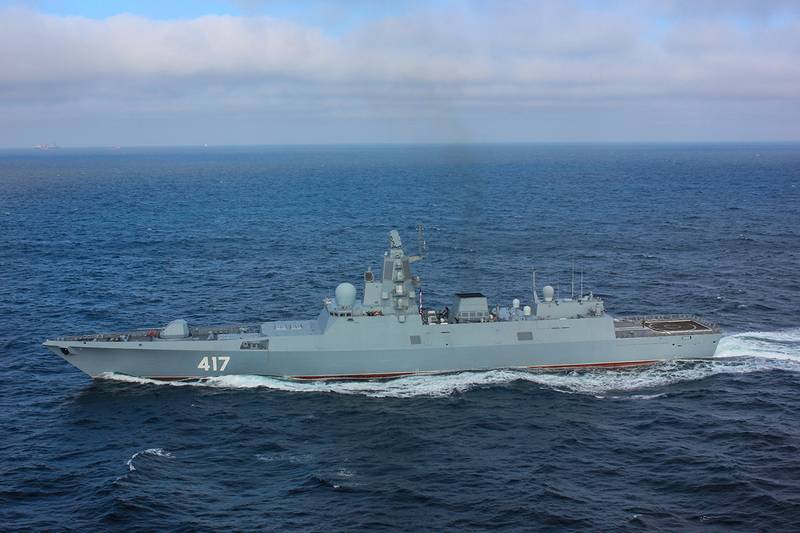 Russian frigates of project 22350 Admiral Gorshkov will replenish the Black Sea fleet. This was reported by "Izvestia" with reference to sources in the Ministry of Defense.


According to the publication, a fundamental decision to strengthen the Black Sea Fleet with frigates of project 22350 has already been taken. To accommodate the ships of this series, the necessary coastal infrastructure will be built, work should begin in the near future. At the same time, the source does not report how many frigates will be part of the Black Sea Fleet and in what time frame it is planned to do, however, according to available information, two new ships of this series should be laid down at the Severnaya Verf ship this year.

Initially, they wanted to limit the series of frigates of project 22350 to four ships, but last year it was decided to lay down two more combat ships of this project: Admiral Amelko and Admiral Chichagov, which were laid in April 2019. These frigates will go to the Pacific Fleet.

In May last year, it was reported that the Ministry of Defense decided to build a series of frigates of the modernized project 22350M. In total, it is planned to build 12 ships, the first of which should be part of the Navy in 2027.
Ctrl Enter
Noticed a mistake Highlight text and press. Ctrl + Enter
We are
Two more frigates of project 22350 will be built at Severnaya VerfDecember 2010 years. Russian March. Senseless and merciless? Notes not a Russian person
53 comments
Information
Dear reader, to leave comments on the publication, you must to register.