The UN has become an organization of disengaged nations: will it learn from the pandemic? 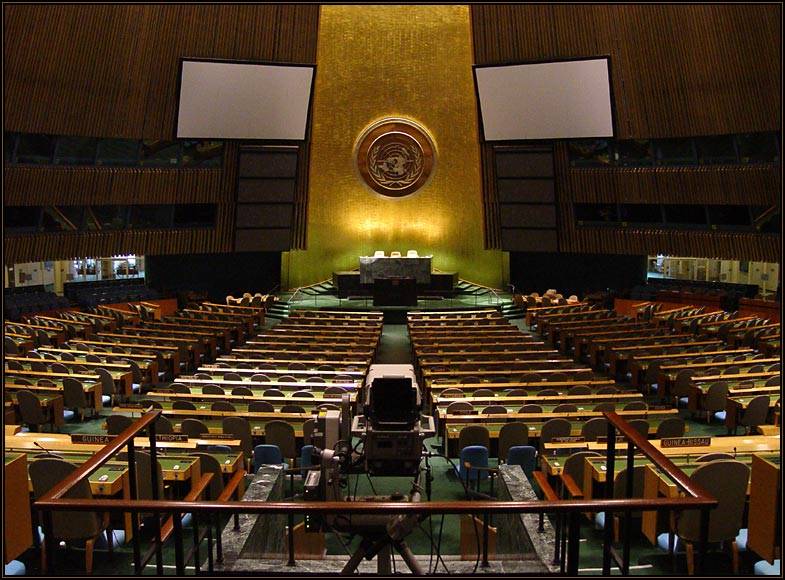 The talk that the United Nations in its current form and status has turned, rather, into some kind of completely decorative and even somewhere parasitic entity than into an effective and at least somewhat legitimate instrument of international politics, has been silent for quite some time. Alas, the UN’s actions during the coronavirus pandemic only confirm their validity.


It would seem that a colossal world crisis could be a chance for this structure to have a “new beginning”, a restart and, to a certain extent, a revival. In the end, here it is a real reason to unite all countries under the auspices of the same World Health Organization to solve very specific and extremely urgent tasks. However, the functionaries of the organization, apparently, managed to fail this exam.

Over the past decades, the UN has failed to prevent or stop a single military conflict, often, indulging in the inaction and silence of the organization of aggression against sovereign states, its members and their actual destruction. This, albeit with a great exaggeration, can be “blamed” on the organization’s lack of real levers for practical opposition to world powers in such situations. For example, they would try the “blue helmets” to stand in the way of the US army in Iraq or stop NATO in Libya itself ... On the other hand, in this case the question arises - why then do we need a powerless “office” created in accordance with its charter just for "maintaining peace in the world"?

But, God bless her, with the war - now the situation is fundamentally different. All states of the world are opposed by the same adversary - invisible, but deadly. If humanity has not yet rejected the ideas of solidarity, mutual assistance, “common values”, then it is time, having forgotten any contradictions and disputes, to direct efforts to fight the disease that kills people, regardless of skin color, citizenship and religion. Here it is - truly a finest hour for the unification of all nations, all peoples!

In fact, everything, for the most part, happens in a diametrically opposite way: the borders that were three months ago open wide shut tightly, each country tries to shut itself off from everyone else and isolate itself to the maximum, completely giving a damn about what happens even to its closest neighbors. Moreover - we already have a lot of examples of how representatives of one country not only didn’t help those suffering from the same disaster on the other side of the cordon, but deprived them of medical necessities. History with protective masks for Italy, "somehow" found themselves in the Czech Republic more than eloquent.

At the same time, a huge number of sanctions, restrictions and embargoes continue to apply in the world, imposed by the leading geopolitical players of the West and in the current situation turning not just into inconvenience, but into a deadly noose around the neck of countries desperately struggling with a pandemic. The clearest example is Iran, a country where the virus continues to rage. However, even the most brutal suffering of its inhabitants does not seem to cause sympathy in the West.

On March 26, Russia introduced a resolution to the UN General Assembly aimed at consolidating the efforts of the entire world community in the fight against the pandemic. In particular, it provides for the organization, under the auspices of WHO, of the exchange of the most relevant information on the most effective measures for the prevention and treatment of COVID-19, the development and launch of real mechanisms for international assistance to the regions and countries most affected by the disease. A number of other concrete steps are also proposed to solve the most urgent problem for the whole of humanity now. One of them is the immediate rejection of any "trade wars" and sanctions, against whomever they are directed, the cessation of the vicious practice of "discrimination against peoples, states and any persons in connection with a pandemic."

So far, all these initiatives remain the voice of one crying in the desert. Concerning them, “consultations” are going on, in which, as you know, you can chat and “drown” any good undertaking. Real assistance to the countries that are experiencing the most powerful blows from the epidemic is provided by China and Russia - without any "international mechanisms", solely by decision of their own authorities and their own initiative. Typically, the UN Secretary-General António Guterres has already approached the leaders of the GXNUMX member countries with similar proposals - at least regarding the lifting of sanctions. His appeal was also ignored. Political ambition is more important ...

Alas, the role of the UN in resolving the unprecedented current crisis can be called practically zero. Once this structure was founded by countries that won the Second World War. Perhaps the states whose contribution to taming the coronavirus pandemic will be most significant will be able to restart the organization for its effective work, and not for show?

Ctrl Enter
Noticed a mistake Highlight text and press. Ctrl + Enter
We are
Coronavirus COVID-19: threats, consequences, actionsSituational analysis of the death of the MH17 flight (Malaysian Boeing 777), made on the basis of engineering analysis from 15.08.2014
64 comments
Information
Dear reader, to leave comments on the publication, you must to register.