The social status of the teacher. Rehabilitation is not possible? 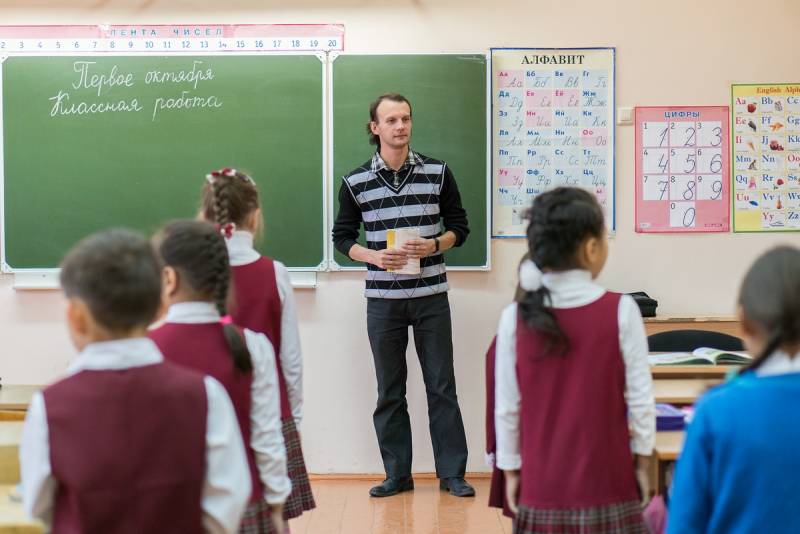 The origins of the problem

One of the most favorite arguments of the “analysts” of school education is the memory of their own youth, when teachers were surrounded by almost a halo of exclusivity. And there were several reasons for this. Firstly, teachers surrounded by children were one of the few carriers of knowledge and skills that could not be taken from anywhere else. If the teacher at school does not teach something, then “google info” will not work - in the best case, it will be painful to look for an informational spring in the library. With parents, too, everything was not so simple: most of them did not have a higher education and with a certain reverence belonged to everyone who had it. That is why the family raised respectful attitude to teachers and methods of their work. Secondly, schoolchildren in the Soviet Union were in a certain information field and the school in it occupied a very significant place. In a secondary school, they not only educated, but also educated in accordance with the letter of socialist pedagogy. Moreover, at school they could give a profession to a graduate. The street as one of the powerful tools for the formation of a teenager, if possible, was replaced by various circles, sections, houses of children's creativity and much more. There was no harmful influence of television, the world wide network and round-the-clock access to the telephone line. 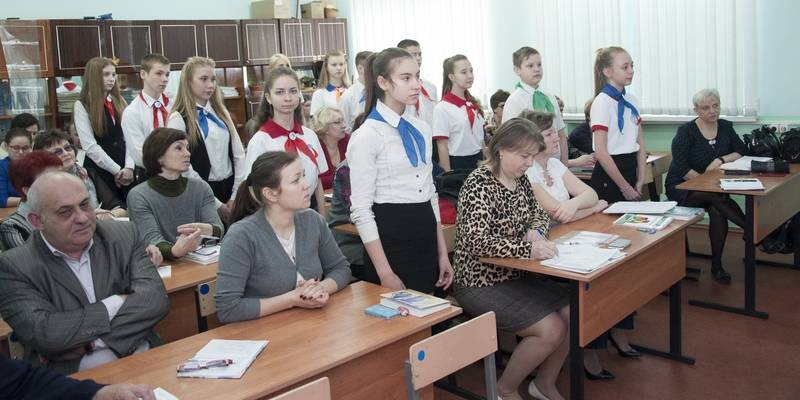 Source: rdsh.rf
What happened now? A very unpleasant contradiction has formed, in which a profession significant for society has lost its entire social status in recent decades. That is, educators need society, but no one wants to go into the teaching profession. On average, according to VTsIOM, no more than 20-25% of Russians believe that the profession of a teacher is prestigious, and only 14-16% are ready to send their children to teacher training universities. First of all, the question rests on the salary of the teacher. It was not without reason that Vladimir Putin’s proposal turned out to increase the payment for classroom management by the coming school year by 5 thousand rubles. Now the classroom leadership of many in the school is considered as one of the most difficult duties. Given the latest requirements for class teachers (for example, monitoring social networks of children and constant awareness of their whereabouts), they should be in touch almost around the clock. Are there any other similar examples in other professional areas? And until September 2020, this work will be paid in the range of 1,5-2 thousand rubles. It’s good if the teacher is given an exemplary class with motivated parents, for the success of which you can get an additional bonus. And if the class carries a letter in the “GI” range and is completely filled with children from dysfunctional families?

In fairness, it is worth noting that the problem of the low social status of teachers is relevant not only for Russia. The prestige of pedagogical work is falling in other countries. So, in the UK, the dynamics of the attitude of teachers themselves to their profession from 1967 to 2003 was analyzed. It turned out that at the very beginning of the study, on a five-point scale, teachers evaluated the status of the profession at 4,2 points, in 1979 - already at 3,7 points, in 1988 - at 2,4 points, in 1997 - 2,4 points, and finally in 2003 - only 2,2 points.

At the same time, the profession of a teacher is not prestigious in different ways. In accordance with the results of the study “Global Teacher Status Index”, the British built a rating of the social status of teachers in 21 countries of the world. The data obtained showed that the highest status of a teacher is in China, and the lowest is in Israel and Brazil. Russia, unfortunately, was not included in this monitoring, but it is unlikely that the results would gravitate to the top of the list. In all countries where the teacher’s social status is low, there are two main reasons: deprofessionalization and economic pressure from the market. And here our school education, as they say, is among the world trends.

We are looking for good teachers

In many ways, the wrong policy of the state in recent decades regarding school education has become the reason that we are now observing. What does a teacher expect when he first crosses the threshold of a school? First of all, the lack of career growth. The almost formal division of the qualification level into categories does not significantly affect the level of remuneration. In contrast, for example, from the payment system in the presidential cadet, Suvorov and Nakhimov schools, where the wage gap is more significant. And it turns out that a teacher can work in one position for decades, expecting a salary increase only within the framework of the next indexation. Not every teacher can even apply for the position of deputy director and even director - simply because these rates for the whole school are not more than four or five. So it turns out that the teacher does not have an adequate career path in the modern school, and no solution to this problem is yet to be expected. 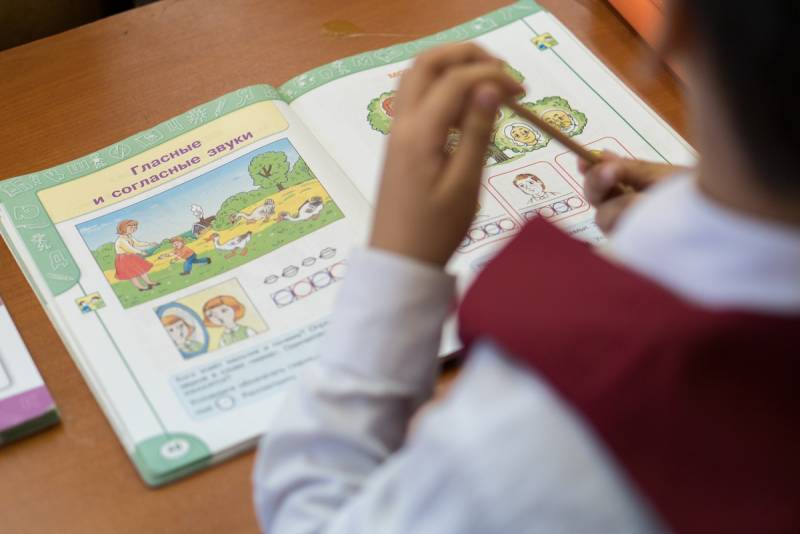 Source: infpol.ru
The next mistake that the state itself created and still has not eliminated was the decline in the level of education of young teachers. The thing is in numerous pedagogical institutes, which have been releasing bachelors from their walls for many years. People go to school, whose professionalism is still very difficult to figure out. Often questions arise about the ability of young teachers to prepare school graduates for the Unified State Exam. The fact that the state is not very attentive to the level of training of teachers is evidenced by the fact that many technical universities were allowed to maintain a 5-year specialty, and most teachers are trained for only 4 years. Surprisingly, now for admission to the Physics and Mathematics Faculty of a Pedagogical University, a graduate does not need to take an exam in physics! Of the profile exams, only social studies are enough. And after four years, a freshly baked bachelor will go to school to teach children physics. Naturally, all of the above in no way can enhance the prestige of the teaching profession in society.

During the years of the unbridled market economy and the echoes of the high birth rate of the early 80s, pedagogical universities recruited 5-6 groups of students for one course. Not only pedagogical institutes did this, but the vast majority of other universities: the exam was not yet compulsory in schools. Often, universities that trained future teachers recruited students according to the residual principle. Those who were more capable or richer took budgetary and paid places in more prestigious universities. At the same time, everyone perfectly understood that such a huge number of teachers would not find a job after graduation. What is the result? Firstly, for 5 years a lot of youth was pulled out of the labor market - these people could work for the country's economy and develop their own potential. Secondly, a large number of “professional” teachers have appeared who never wanted and will not work at school. In the best case, they subsequently received a second higher education such as “lawyer”, “economist” or “manager” and began to work at least in their new specialty. Graduates of pedagogical universities were arranged anywhere, but not to schools. What prestige of the teaching profession can we talk about after such a discredit? 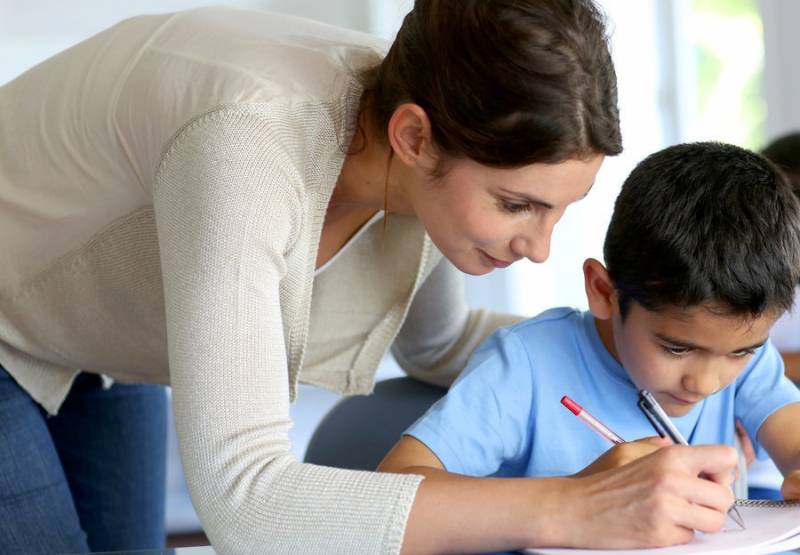 Source: fulledu.ru
The next problem arising from the previous one was the universal higher education of the modern parental community. Now a person who graduated from a teacher training university and has worked as a teacher for many years does not inspire much respect from parents, because they themselves are red or, at worst, blue with diplomas. Therefore, they themselves know very well what and how to teach their own child. Of this, conflicts often arise that cast a shadow on the authority of the teacher in the eyes of children.

And the last one. A modern child is far from a schoolchild of the Soviet era, brought up on the ideals of the communist system and born in a large and friendly family. More and more are becoming the only children in the family, and even those who have appeared at the age of “well over thirty” for mothers. Naturally, this child receives a carte blanche from birth to satisfy all his needs, and no authority of the teacher can prevent this. Moreover, from the side of the family, the child receives unconditional and categorical support. Parents more savvy and richer guessed that it would be much smarter to send such youth to educational institutions with round-the-clock stay of students. These are the mentioned Suvorov, Nakhimov and cadet schools of the Ministry of Defense or rare boarding schools for the gifted (read: and wealthy). Here, the parents’ ambitions will be further away, and the pernicious influence of the media with the Internet on a couple will be easier to control.

Destroyed over many years, the authority of a teacher overnight will be very difficult to raise. But you can start with a banal - a multiple increase in financial investments in the school system. To create a situation where it would be unprofitable for a teacher with great experience and serious authority to leave work for the sake of earning tutoring. The teacher’s large salary will allow the director to choose among the most worthy candidates for work. Finally, high social guarantees will raise the competition for pedagogical specialties in universities. Let's start with a simple one, and only then it will be possible to conduct a conversation about the full increase of the social status of the teaching profession.

We are in Yandex Zen
98 years of homelessness
Inequality in education. Only affordable education will make Russia a strong state.
152 comments
Information
Dear reader, to leave comments on the publication, you must to register.