A disease that killed lightning fast and then just disappeared 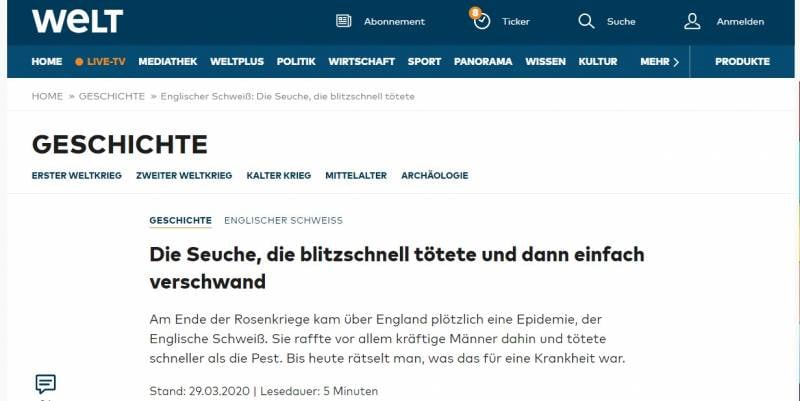 In the German edition of Die Welt on March 29, 2020, a note appeared that seemed amusing to me. I think that readers of VO will be interested in it too. I did not translate it verbatim, using it only as a basis.


During the Scarlet and White Rose War, England was suddenly swept by the Sudor Anglicus epidemic. She claimed the lives of predominantly strong men and killed faster than the plague. Guesses are still being built about this disease.

An unknown disease has entered history called "English sweat." English because the five waves of the epidemic always originated on the island. Sweat because foul-smelling fumes were one of the characteristic symptoms.

The "English sweat" was most likely of non-English origin and came to England with the Tudor dynasty. In August 1485, Heinrich Tudor, who lived in Brittany, Earl of Richmond, landed in Wales, defeated the Battle of Bosworth, Richard III, entered London and became King Henry VII. 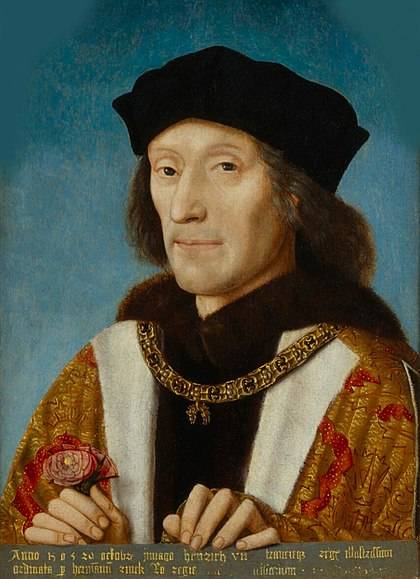 Henry VII
Behind his army, consisting mainly of French and Breton mercenaries, the disease was on the heels. In the two weeks between the landing of Henry (August 7) ​​and the battle of Bosworth (August 22), she had already managed to manifest. In London, several thousand people died from it in a month (September – October). Among the victims of the first outbreak in 1485 were two Lord Mayors of London, six aldermen and three sheriffs. Then the epidemic subsided. The people took it as a bad omen for Henry VII:

"... he was destined to rule in agony, a sign of this was a sweating illness at the beginning of his reign."
The famous physician John Keyes (Latinizing his last name Keys as Caius - Guy) as a witness described it in a special book: “A Boke or Counseill Against the Disease Commonly Called the Sweate, or Sweatyng Sicknesse”. According to him, only a few hours later the “cold stage” with chills, dizziness, headaches and joint pain was followed by the “hot stage”, which was characterized by severe thirst, nausea, vomiting, palpitations, confusion and secretion of foul-smelling drops of sweat the size of millet, covering the whole body. Some of the nose was bleeding until they passed out, some had such a runny nose that they almost lost their hearing ...

From the memoirs of contemporaries:
“The disease began with severe chills, dizziness and headache, as well as severe pain in the neck, shoulders and limbs. After three hours of this stage, fever and intense sweat, thirst, increased heart rate, delirium, pain in the heart began. There were no rashes on the skin. A characteristic sign of the disease was severe drowsiness, often preceding the onset of death after an exhausting sweat: it was believed that if a person was allowed to fall asleep, he would no longer wake up.
Once having suffered from sweating fever, a person did not develop immunity and could die from the next attack.

Contemporaries quickly realized that this was not a “black death”, a plague (which we know today transmitted by the bacterium Yersinia pestis), but a new “strange disease”.

It was horrifying to people that English sweat claimed the lives of predominantly strong young men. The privileged living conditions of the upper class did not save from infection.

In 1507 and 1517, the disease flared up again throughout the country: half of the population died at university Oxford and Cambridge. Around the same time, English sweat penetrated the continent, in Calais (then English possession) and Antwerp, but so far these were only local outbreaks. 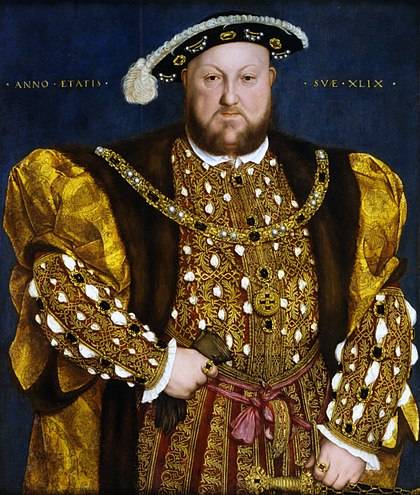 Henry VIII
In May 1528, the disease appeared in London for the fourth time and was rampant throughout the country. Many representatives of the nobility, above all Henry VIII, fled to rural areas. But even there, many became victims of the epidemic. The king managed to avoid the disease, but his wife Anna Boleyn was among the most famous people infected with the disease. Although she recovered, this did not save her from the scaffold, where her husband sent in 1536. 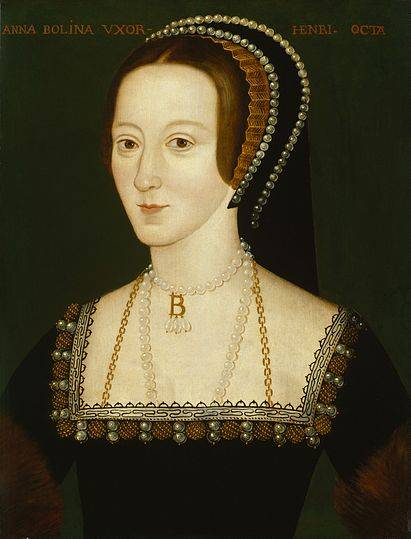 Ann Bolein
This time the disease seriously spread to the continent, first appearing in Hamburg, then south, reaching Switzerland, through the Holy Roman Empire to the east, to Poland, the Grand Duchy of Lithuania and the Grand Duchy of Moscow (Novgorod), to the north - to Norway and Sweden Usually everywhere an epidemic lasted no more than two weeks. France and Italy remained unaffected by it. By the end of the year, she disappeared everywhere except in the east of Switzerland, where she stayed until the next year. 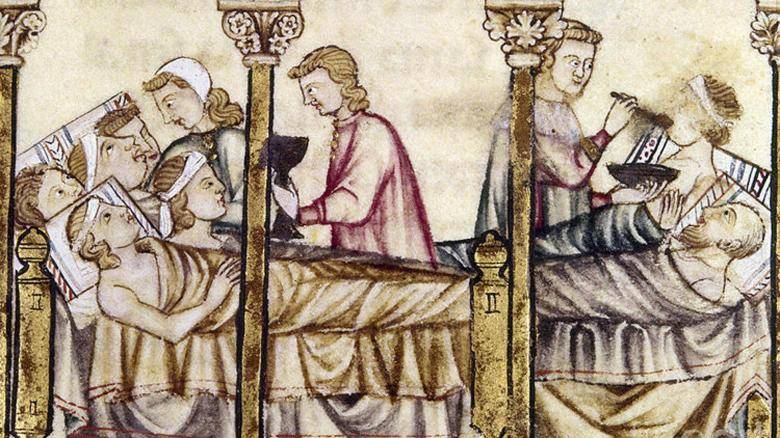 Against the fact that it was poisoning with infected cereals, ergot, says the epidemic course of the disease. The report that during the European pandemic in 1527-1529, bird death was observed suggests that this was an aggressive form of bird flu. The fact that the victims of the disease were mainly young, strong men recalls the “Spanish woman”, whose victims from 1918 to 1920 were millions of people.

In contrast to the idea of ​​an influenza epidemic, a version of an infection caused by hantaviruses has recently been proposed. They are carried through the excrement of rodents and can cause fever, headaches and joint pain, as well as problems with the stomach, intestines and kidneys. The incubation period is similar to the incubation period of "English sweat".

“Although a man allegedly died of a hantavirus in China a few days ago, these viruses are considered to be significantly less infectious than the flu viruses. But it’s also possible that at one time they committed atrocities in their particularly aggressive form, ”
- notes the publication.

To the surprise and joy of contemporaries, the "English sweat" simply disappeared in the second half of the 150th century. Instead, XNUMX years later, a disease suddenly appeared in France, bearing a certain resemblance to it and called the "Picardy sweat."

However, this disease was less likely to be fatal. About 200 regional outbreaks of the disease were recorded, and at the beginning of the XNUMXth century it also disappeared.

“Did the pathogen mutate, did people develop immunity after several generations, or did changes in external conditions help both diseases to leave Europe? This also applies to the plague that disappeared on the continent after its last major outbreak in 1720-1722 in Marseille, to hide in Asia and Africa. "
“Maybe,” writes Die Welt in conclusion, “and Sars-CoV-2 will show us a favor and disappear as easily as it appeared.”

Ctrl Enter
Noticed a mistake Highlight text and press. Ctrl + Enter
We are
About Stalin and KhrushchevWhat you didn't want to know about England
81 comment
Information
Dear reader, to leave comments on the publication, you must to register.