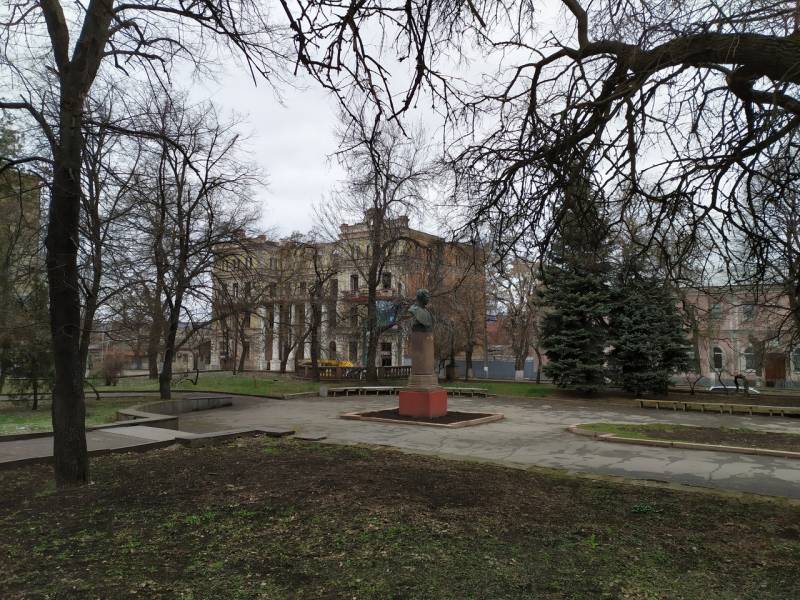 Quarantine is not for everyone

In LDNR, school holidays, which lasted from March 23 to 30, were extended for another fourteen days. The Ministry of Education sent circulars to cities and towns requiring all workers in the field to urgently prepare for distance education of their pupils and submit calendar plans on March 30. At the same time, senior officials of the Ministry of Education forgot about an equally important thing - to send the teachers themselves to work from home, which would be more than logical.

For some reason, it was decided in the ministerial offices that dozens of teachers gathered daily in the same room, including many elderly people who are especially vulnerable to imported infection, are a very good and healthy phenomenon that fully fits into the logic of combating a pandemic. In principle, the reason for this behavior of local officials is clear. Since teachers are paid in full, they must be in the workplace! As for the pandemic and work from home, the week of paid days off in Russia, etc., this, apparently, does not apply to the republics.

What is the most offensive, if among the teachers of LDNR there are massive cases of infection with coronavirus (or any other ailment), their victim will be absolutely in vain. Given the current equipment of republican schools with office equipment and the speed of Internet traffic, teachers simply cannot technically carry out distance learning from workplaces. As a rule, we are talking about 3-4 computers in the teacher's room and 10-20 in the computer class, while the number of teachers in the average school reaches 40-50 people. Even if they tried to somehow alternate and share machine time, full-fledged work would still not work: an attempt to organize several parallel Skype conferences will end up with the system freezing.

That is, ministerial comrades with their “ingenious” decision not only create a dangerous epidemiological situation, which in theory can easily squander the local teaching staff and members of their families, but actually paralyze the work of the educational sphere, since it is simply impossible to organize distance learning from schools. And in the end they will ask, of course, from the teachers themselves.

It seems that the local authorities, having started well, then decided not to bother with thought and planning, preparing for the potential arrival of a “fashionable” infection. The issue of rational distribution of medical masks and disinfectants has been snapped up: pharmacies are either empty or scared by price tags. They didn’t think of supporting the business: today in the LNR, public catering was quarantined, but no benefits or tax breaks were provided for them. Most likely, if all trade and services are quarantined tomorrow, they will have to get help out by organizing rallies and jihad on social networks.

The Ministry of Internal Affairs suddenly “remembered” those who illegally cross the border. As a result, a raid or pogrom was organized in Gorlovka, and in the LPR, law enforcement officers detained as many as 50 “illegal immigrants” at one stroke. Previously, of course, no one knew that there were loopholes on the demarcation line and on the border with the Russian Federation ... Ukrainian goods are still in stores. Where are the guarantees that there are only products brought in before the border was closed?

It is hoped that, despite all this sloppiness, the trouble this time will bypass Lugansk and Donetsk. Because otherwise, local officials will have to learn to match their positions in an emergency mode, which is called, on the go, and at the cost of significant losses among the population.

Ctrl Enter
Noticed a mistake Highlight text and press. Ctrl + Enter
We are
Situational analysis of the death of the MH17 flight (Malaysian Boeing 777), made on the basis of engineering analysis from 15.08.2014Results of the week. “In our cooperative, the board is always agreed”
40 comments
Information
Dear reader, to leave comments on the publication, you must to register.