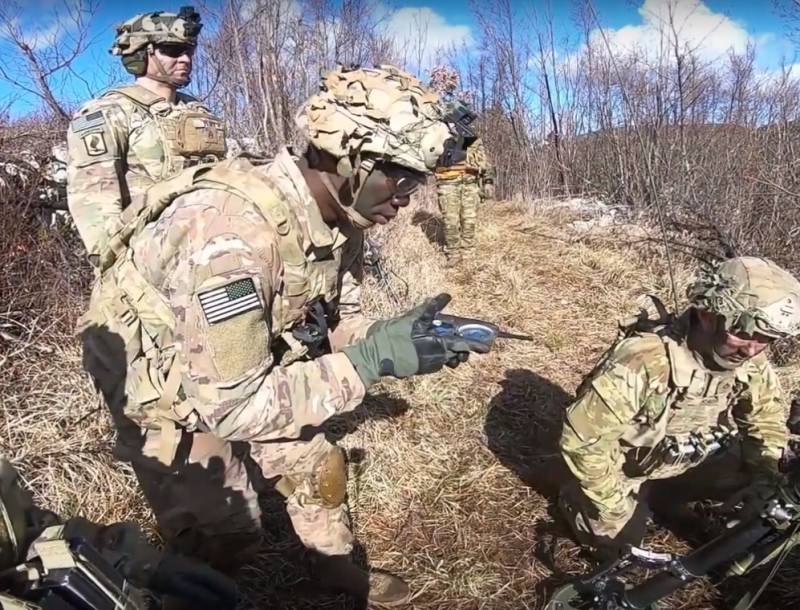 In the US, they thought about who is the true opponent of the military might of the American army. The National Interest magazine concluded that this was by no means Russia, or even China.

But at the same time, the Pentagon constantly declares the need to modernize the armed forces and armaments in order to keep up with the existing risks and to be able to adequately respond to potential adversaries - Russia, China, North Korea, Iran.

Many US military analysts argue that Russia and China have already surpassed the United States in terms of technology development in a number of areas of the military industry. This thesis is readily picked up by the media, and then the US military. After all, such a statement allows “knocking out” additional funding in the US Congress, which always requires a clear justification of where and why budget funds will be allocated.

The US military budget for fiscal year 2021 is currently $ 738 billion. Including 104,3 billion dollars, that is, a seventh of the country's military budget, it is planned to spend on research and testing of promising weapons. This weapon, which includes laser weapon, howitzers with global reach, etc., do not yet exist.

Technologies that would make it possible to realize dreams of such weapons are also not yet sufficiently developed. But tremendous funds are allocated for development and research, and the military budget is not rubber. It is to this thought that Samuel Arlington Page brings us - the second of The National Interest.

The analyst believes that in pursuit of promising, but not yet existing weapons, the United States is wasting such budgetary funds in vain. As a result, a situation arises when billions of dollars are allocated for research and development, but at the same time the army lacks conventional weapons. In turn, Russia and China, which focus on the production of large quantities of military equipment and weapons, overtake the United States in this direction.

According to the author of The National Interest, the United States needs to abandon the existing practice of colossal expenses for futuristic projects, and slightly change the strategy of spending funds from the country's military budget.

One of the key reasons for this situation lies in the very specifics of the approval of the military budget: neither the president nor the congressmen are mostly military people, and when determining the amount of funds spent and areas of spending, they are forced to listen to the opinions of generals and admirals.

Naturally, representatives of each kind of troops are interested in the most generous financing of their own “favorite” projects, for which they “knock out” money from the US Congress. In addition, a number of senators and congressmen are directly engaged in lobbying for the interests of both individual states and individual corporations.

For example, you can recall how the decision was made to allocate funds for the construction of the third destroyer of the Zumwalt class. Although he was not needed by the U.S. Navy, the decision to allocate funds was lobbied: the Senator from Maine, Susan Collins, made sure that the Bath Iron Works shipyard located in her state was not closed. Naturally, in her actions the senator was guided by considerations of preserving jobs and preserving the shipyard’s income, for which she was able to achieve the construction of an expensive ship, without which the American fleet could well do.

Samuel Arlington proposes to change the US military procurement system, abandoning the generous funding of futuristic projects that are not feasible in practice at present, and proceeding to allocate more significant funds for the construction and modernization of time-tested ships, aircraft, tanks. In this case, Russia and China, according to the analyst, will not be able to surpass the United States in military power.