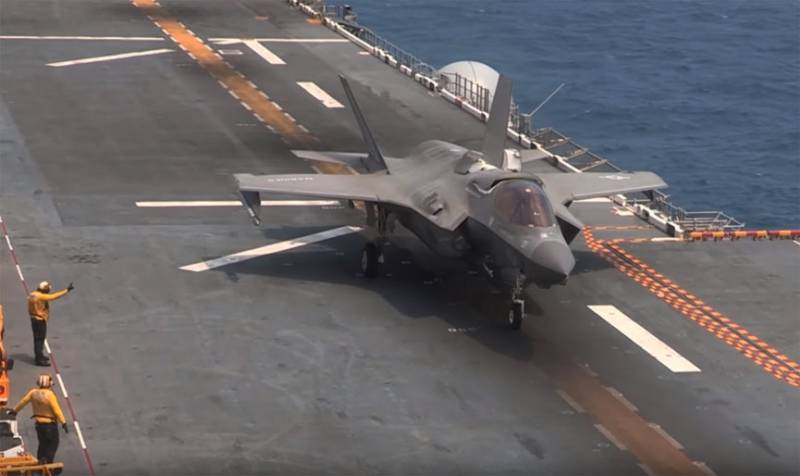 The US Marine Corps may not soon receive the next F-35 aircraft. This is doubly surprising, given that it was the command of the American Marines that most zealously defended the need for the purchase of fighters in large numbers.


US Marine Corps Commandant General David Berger presented a report on plans for the development of the US Marine Corps over the next ten years. According to the general, the acquisition of the new F-35s is a big question. The U.S. Marine Chief also voiced reasons that could hinder the supply of aircraft.

First of all, the general is concerned about the lack of funding for the United States ILC. Budget constraints do not allow the maintenance of very expensive fighters and pay for their flights. At the same time, the commandant of the ILC is confident that the marines’s budget will not grow in the foreseeable future, and that the funds allocated by the Congress for rearmament will be spent on replacing obsolete equipment, including tanks and armored vehicles.

Interestingly, the United States ILC does not exclude the possibility of abandoning the famous Abrams tanks, which are now in service with the Marine Corps. The Commandant of the Corps, referring to the experience of military exercises conducted in 2018-2019, makes an interesting conclusion in his report:

Tanks are unsuitable for solving our highest priorities in the future.

Now the command of the United States ILC is more concerned about finding new opportunities, such as mobile rocket artillery, squadrons of heavy and medium helicopters, and towed artillery. At the same time, it is planned to reduce a number of units of the Marine Corps, including companies of the military police, pontoon-bridge companies, three infantry battalions and anti-aircraft units.

The scale of the reduction in the number of personnel of the U.S. ILC is estimated by General Berger himself in thousands of marines: in 2021 alone, the Corps will remain without 2000 troops, and in 2022-2023. will lose a few thousand more people. At the same time, personnel reduction is planned to be carried out against the background of modernization of the armament of the Corps units, which will reduce the number of troops in combat units.

Another reason why the Marine Corps can abandon a large number of F-35s is the inability to recruit a sufficient number of pilots with the proper skills to control the latest fighters. Although the US Marine Corps is an “army in the army,” which has its own aviation units and pilots, yet their number is more limited than in the US Air Force. As a result, the pilots will be significantly less than the number of aircraft that will be ordered by the Hull. 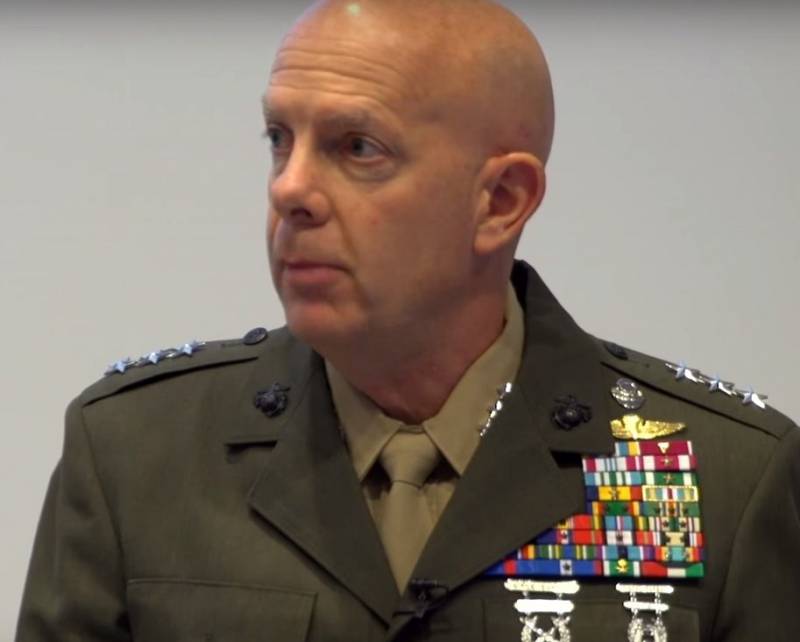 38th US Marine Corps Commandant General David Berger
For the American audience, the position of commandant Berger was surprising. Many Americans write that they cannot say anything about the identity of the new commandant of the ILC, but consider the measures proposed by him too radical for the Marine Corps.

Good, no F-35. How does he expect the marines to be protected? Isn't that a battle on Guadalcanal where the Marines realized that the Navy could not hold anti-aircraft defense cruisers. Didn’t we know more than 70 years ago that the marines needed their own weapons? This strategy has too many gaps to be feasible,
- one of the American users is indignant.

Other commentators attribute the possible refusal to supply dozens of F-35s to the US Marine Corps with the economic crisis that will plague American society amid the coronavirus pandemic and the collapse in oil prices. Problems in the economy will inevitably lead to a redistribution of funds and the US Congress will allocate less money for those military needs that seem to congressmen to be far from paramount.

Ctrl Enter
Noticed a mistake Highlight text and press. Ctrl + Enter
We are
Reports from the militia of New Russia for 27-28 September 2014 of the yearYuri Drozdov: Russia prepared the role of the sacrificial calf
71 comment
Information
Dear reader, to leave comments on the publication, you must to register.