The situation in Syria: alarming silence and a "viral" truce 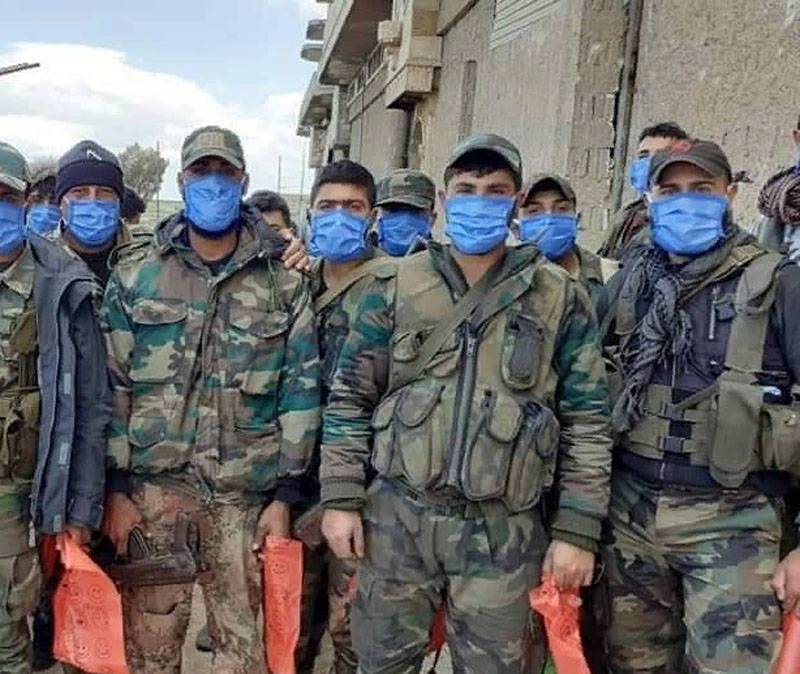 Despite the fact that Syria is one of the countries of the world least affected by the coronavirus pandemic, certain international forces and organizations are intensely showing concern for the health of its inhabitants, which, quite likely, has completely different motives than sincerity and desire to help. What is really happening in Syria today?


The other day, an extremely positive, at first glance, initiative (on "an immediate ceasefire throughout Syria in connection with the COVID-19 pandemic") was first made by UN Special Representative for this country Geir Pedersen, and then by the official representatives of the European Foreign Policy Service ( EMU). It would seem that only good intentions. That's just paved with them, it seems, the road in a certain direction. While stressing that “the ceasefire in Idlib remains fragile,” representatives of international structures not only demand “spread it throughout the country,” but they also instantly attach a whole list of additional desires to this, which have nothing to do with the fight against the epidemic.

So, for example, the same Pedersen insists on "large-scale release of detainees by the Syrian regime." That is, again - the "regime", and all who are detained by them are a priori innocent ?! The European Union goes even further and declares the need for "a complete cessation of violence and the search for a political solution to the conflict." At the same time, it is completely clear that an acceptable decision in the EU is seen solely in eliminating the legitimate President Bashar al-Assad from power. In fact, calling for "universal reconciliation" in Syria, the leaders from Brussels are well aware that Damascus can (theoretically) fulfill these calls, but the most diverse fighters that the SAA is fighting today will not even think. As, by the way, and the external forces supporting them.

What the “truce” and the accompanying “humanitarian actions” can ultimately result in is perfectly demonstrated by the attempts of the US representatives to bring supplies for militants to the Rukban refugee camp on the eve of the Interdepartmental Headquarters of Russia and Syria. They planned to do this under the guise of delivering “humanitarian supplies”. It is quite obvious that the formation of Islamist militants and simply undefeated gangs, hiding today not only in Idlib, will be able to fully use the inaction of government troops in order to lick their wounds, regroup, replenish their ranks and reserves, and then continue to confront Damascus.

In the hottest point in Syria, Idlib, the past day was relatively quiet. Small skirmishes and single shelling. The Turkish side, contrary to its own promises regarding the bringing to order of the groups controlled by it located in the province, has not yet taken tangible actions in this direction. But it patrols the M-4 highway unilaterally, which clearly contradicts the agreements reached in Moscow with the Russian side. Also, periodically there are reports of the Turkish conduct in the region of military convoys with heavy weapons and the relocation of their "observation posts" with not entirely clear goals. There is still silence over Idlib, but she is ready to explode at any moment with the thunder of new fights.

The situation with the epidemic, contrary to forecasts made earlier from the West that this country is in for an “imminent disaster,” is relatively calm and stable. 9 infected, only 1 death. The government is doing everything to prevent the spread of infection - recall, since March 25, there are serious restrictions on movement within the country up to curfews. Damascus is struggling with speculation and rising prices, so far the supply of residents with food and essential goods is organized at the proper level.

And, by the way, the Russian military is providing real humanitarian aid to the Syrians: on March 29, they delivered a cargo of food for the most needy and large families to the city of Deir El Jamal, located in the northern province of Aleppo. On an international scale, the real help to Syria should first of all be the removal of all restrictions and sanctions from Damascus, and not the sonorous, beautiful-hearted, but completely empty in essence statements of the functionaries of the UN and the European Union.

We are in Yandex Zen
Coronavirus COVID-19: threats, consequences, actions
Situational analysis of the death of the MH17 flight (Malaysian Boeing 777), made on the basis of engineering analysis from 15.08.2014
10 comments
Information
Dear reader, to leave comments on the publication, you must to register.