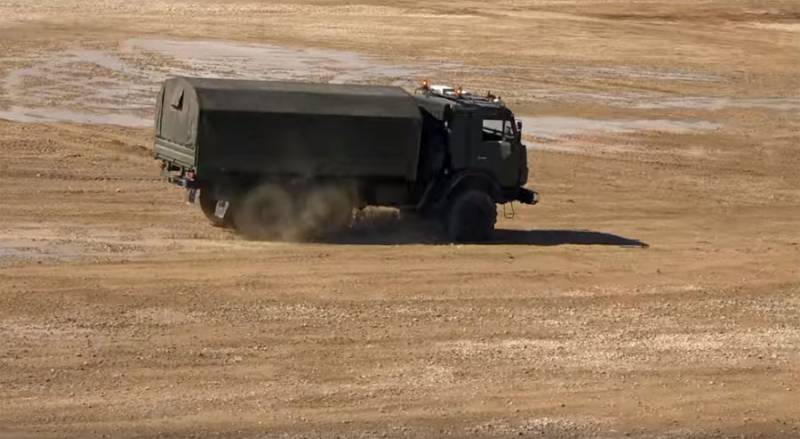 In war, as in war. In combat or as close as possible conditions, convenience and comfort will always be sacrificed for reliability and security. And therefore, the main vehicle for mass and operational ground transportation of personnel in all the armies of the world, like decades ago, are trucks. "Heavyweights", specially designed for the transport of manpower, are in the lines of almost all world manufacturers of military vehicles. Which of them are universally recognized as the best today?


I must say right away: in the numerous ratings published on this topic by specialized publications, opinions about the first steps of the pedestal often differ. What can you do, someone puts the protection and armor of cars at the forefront when evaluating, someone prefers power and cross-country ability, someone prefers parameters. Nevertheless, in general, the list of favorites in the field of military-passenger transportation remains virtually unchanged.

Mercedes-Benz UNIMOG (Universal Motor Gerat) is always present in all lists of the best of the best army trucks. Moreover, this model is also the most important old-timer among its “colleagues” - it was developed and put into production back in the 40s of the last century. Modern UNIMOG, of course, has gone very far in its development from the first models that were created as a hybrid of a truck and tractor and intended for agricultural needs. No wonder: in the then Germany no one wanted to think about any war ...

Nevertheless, the current army UNIMOG is a combination of power (six-cylinder diesel turbo engines), cross-country ability (a 4x4 two-axle truck with an impressive ground clearance and a 24-speed gearbox), high reliability and the ability to work in any climate - from arctic to desert. And in addition - an unrealistic level of comfort for military vehicles: air conditioning, cabin comfort and more. Well, Mercedes still, why be surprised ... By the way, cars of this model are also produced in our country - jointly by the Russian-German enterprise in which our country is represented by KamAZ OJSC. What, what, but we always knew how to do trucks.

It is precisely because of this that the creations of the domestic automobile industry: Ural-4320 and KamAZ-5350 trucks are always in the top lines of any rating of the vehicles we are considering. Here they were originally designed and created for the needs of the army. Both are designed with a 6x6 wheel arrangement and have cross-country ability, completely unrealistic even for military equipment. Powerful engines allow you to install on these cars not only a standard body for transporting personnel, but also roomy armored capsules, the use of which, for example, saved many lives during the fighting in the North Caucasus.

Both Russian trucks are, in fact, the continuers of the lines of Soviet military freight transport (the Ural model we mentioned has been produced since 1976, KamAZ since the early 90s). At the same time, they continue to strive for excellence at the Kama Automobile Plant, designing and introducing more and more new models: for example, the Mustang family, to which the 5350 model belongs, already has a continuation in the form of the KAMAZ-6350, on which there is no longer six-, but eight-wheeled base. Also, in recent years, work has been ongoing on the creation of an unmanned KamAZ truck. In 2015, as far as is known, the first prototype of such a machine was already assembled. It is unlikely that such personnel will be transported (at least initially), but the idea itself is extremely interesting.

And if we mention the successors of the Soviet classics of the genre, one cannot but mention the KrAZ-6322 made in Ukraine. It is also one of the classic developments of the military-industrial complex of the USSR, somewhat modernized, but, like all of them, characterized by a combination of low production costs and increased reliability. Because of this, the machine is very popular in the armies of developing countries in Asia and Africa. Consists, for example, in service in Egypt, Iraq, Indonesia, Yemen. Some problem with KrAZ is that until 2014 it was produced exclusively with the Russian YaMZ-238 engine, which is now, of course, completely impossible. According to available information, in September 2015, the KrAZ-63221 with the Ford-Ecotorq 9.0L 360PS engine was launched. It is difficult to say how this replacement will affect the cost and reliability.

Of course, it would be incorrect to complete my rating without mentioning the Italian IVECO M250 and the American M1078 LMTV and MTVR in it. Each of these machines has already earned well-deserved respect and is in service with not only the manufacturing country, but also a number of other states.

Well, let alone which of all the above-mentioned brands and models is the most-most ... Naturally, in every country they are sure that the most outstanding army truck from the top is the car of their production. In any case, Russia definitely has something to be proud of.

Ctrl Enter
Noticed a mistake Highlight text and press. Ctrl + Enter
We are
Situational analysis of the death of the MH17 flight (Malaysian Boeing 777), made on the basis of engineering analysis from 15.08.2014Strangulation: the context, conduct and consequences of the American naval blockade of China
22 comments
Information
Dear reader, to leave comments on the publication, you must to register.