American repertoire: While some are struggling with the pandemic, others are discussing the “new Marshall Plan” 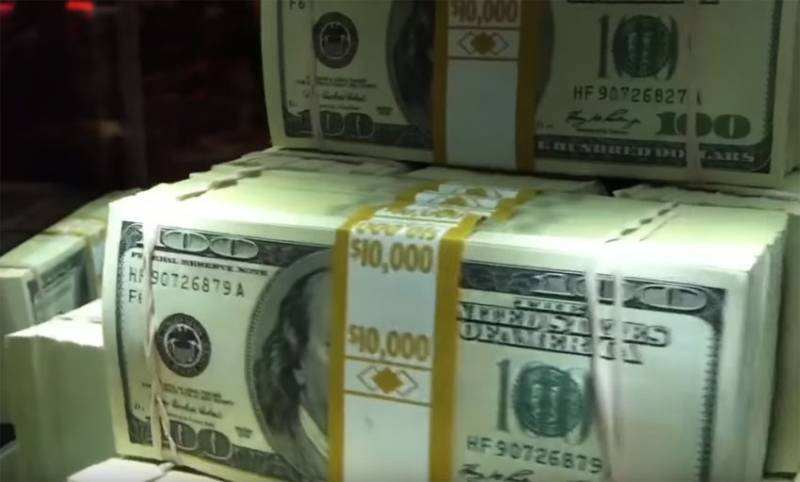 The first economic goal of American lobbyists regarding the situation with the coronavirus was outlined. While the whole world is trying to make efforts to stop the spread of pneumonia of a new type, American political circles are already looking for the opportunity to earn political and economic points on this.


US Senator Chuck Schumer said the need for "preparing a new Marshall plan." This idea was picked up by another representative of the US Senate, Rich Blumenthal. After that, the topic began to be actively circulated in the American media. The development of the "new Marshall Plan" was advocated by a major economic analyst at CNBC Jim Kramer. The need to discuss the “plan” was announced in the Daily Beast.

The agreements of the US Congress and the presidential administration to send about $ 2 trillion to overcome the consequences of the pandemic are called “an advance payment for the future new Marshall plan.” This despite the fact that the pandemic in the United States has not yet been managed, and according to the American virologists, it has not reached a peak.

The Marshall Plan is a program of assistance to Western Europe after World War II. Named after the person who proposed it - US Secretary of State George Marshall. Entered into force in April 1948. The total amount of financial "assistance" for Western Europe, according to this plan, amounted to about 13 billion dollars for the period until 1951. A noteworthy point is that at the same time the United States allocated aid, for example, to West Germany and levied huge indemnities from it. To a greater extent, the Marshall Plan was a political step - to nullify the influence of the USSR on Western Europe through communists in the government. The countries of Western Europe, receiving funds from the United States, were forced to completely block the path to power for representatives of the local Communist Parties. In addition to the political tasks, the United States also solved the tasks of the economic plan - they took control of Western European markets through the influence of the dollar.

The “Marshall New Plan” is clearly aimed at strengthening American financial dominance in the world, at securing the role of the dollar as the “main currency in the world” even if there is a total absence of its material support.

Here is what Daily Beast columnist Nikolaus Mills writes about:

What makes the Marshall Plan relevant today is an example of how large-scale government intervention — with reasonable precautions — can put an end to a crisis that shows no signs of self-resolution. European recipients of Marshall Plan assistance saw that it changed their mood and economy.

It is noteworthy that at the first stage, the United States is going to help billions to themselves: for example, to direct funds to "assist the suffering from the New York pandemic."

All these plans are reminiscent of the situation in 1944, when the Second World War was still in full swing, and the United States had already managed to convene a conference in Bretton Woods, which in fact reinforced the rejection of the gold standard and the future creation of the IMF. That is, while battles were boiling at the fronts, financiers were already deciding how to formalize economic domination after the war. It remains to wait for information about what the US is going to abandon the "standard" - declare the dollar an absolute value, "nullifying American debt obligations"?

Ctrl Enter
Noticed a mistake Highlight text and press. Ctrl + Enter
We are
Reports from the militia of New Russia for 27-28 September 2014 of the yearDecember 2010 years. Russian March. Senseless and merciless? Notes not a Russian person
129 comments
Information
Dear reader, to leave comments on the publication, you must to register.