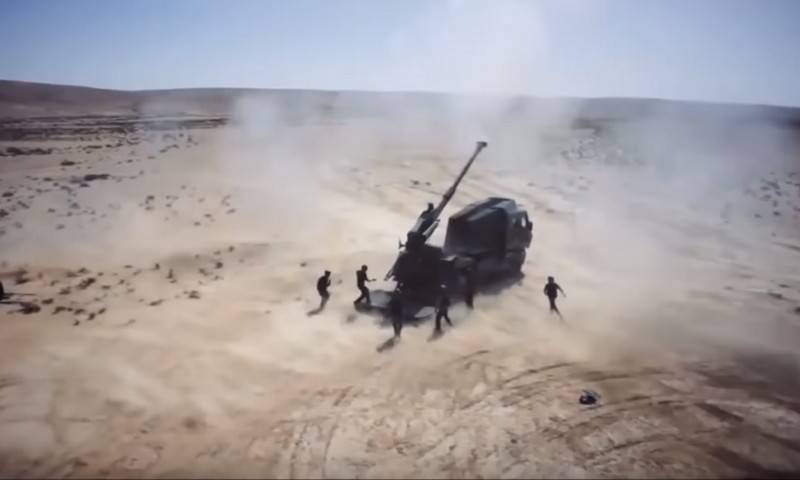 
The cost of the new contract amounted to $ 200 million, the agreement is designed for 12 years. The primary contract between the Israeli Ministry of Defense and Elbit Systems was signed on March 27, 2019. Under the terms of the agreement, worth $ 125 million (460 million shekels), the company should develop a new self-propelled howitzer for the Israeli Ground Forces, which in the future will replace the American M109 tracked self-propelled guns.

As previously reported, the development of the howitzer began before the signing of the contract, and after a successful initial demonstration, the program moved to the prototype production stage and preparation for serial production. The contract also includes the supply of a simulator and 20 years of comprehensive service.

The new howitzer has not yet received a name, however, it is claimed that it is a "fully automated" system with a reduced number of calculations, automatic projectile selection depending on the target and automatic loading. Elbit Systems says the howitzer is based on the "know-how and experience" gained in the supply of artillery systems to the armies of other states.

It was assumed that the new system for the Israeli Armed Forces will be developed on the basis of the 155-mm self-propelled howitzer ATMOS, but will differ in a number of features.

Due to the modular design it can be installed on various chassis, previously demonstrated on the basis of Tatra T815 VVN 6 × 6.
Ctrl Enter
Noticed a mistake Highlight text and press. Ctrl + Enter
We are
The 20 rating of the largest arms deals, decisions on which were made in 2012List of CIA-funded Russian public organizations
69 comments
Information
Dear reader, to leave comments on the publication, you must to register.