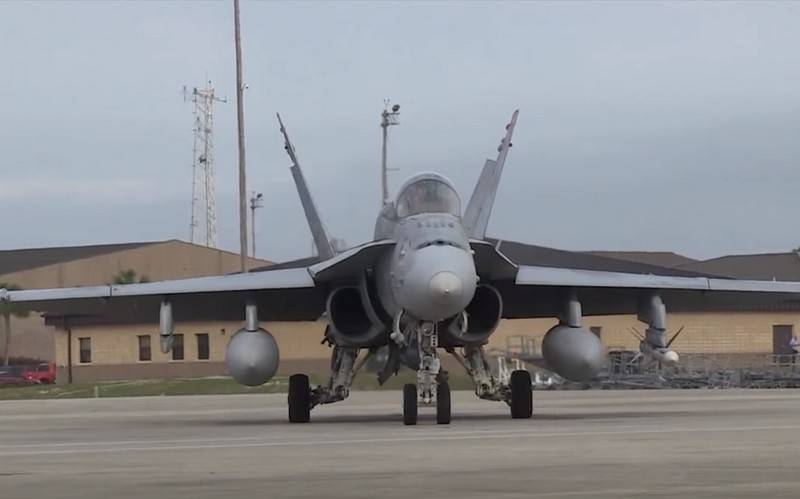 The old versions of the F / A-18 Hornet C / D carrier fighter armaments in service with the US Marine Corps began to receive new AN / APG-79 (v) 4 radars with an active phased array antenna (AFAR). Aircraft modernization is carried out by Raytheon.


The company announced the signing of a contract with the command of the Marine Corps for the supply of radars with an active phased array antenna (AFAR) in early January last year. Then it became known that the FG-18C / D Hornet aircraft will be equipped with the APG-79 (v) 4 radar - a modified version of the APG-79 radar installed on the Super Hornet and EA-18G Growler aircraft. The decision to install this particular radar was made because it is 90% compatible with the base F / A-18C / D Hornet radar, which greatly simplifies the installation and subsequent maintenance of modernized aircraft.

According to the plans of the command of the ILC, all F / A-18C / D fighters armed with the US Marine Corps will undergo modernization. According to recent reports, the US Marines have seven Hornet squadrons of 12 aircraft each. A total of 112 radars were ordered, including spare units. Modernization work is planned to be completed by May 2022.

According to the command of the ILC, the installation of a new radar with AFAR will significantly expand combat capabilities aviation marine corps.

The F / A-18 carrier-based fighter was developed by McDonnel Douglas in the 70s and was upgraded several times during operation. During the production, about 2000 Hornet fighters, armed with the US Navy and the Marine Corps, as well as the armies of some NATO countries, were produced.
Ctrl Enter
Noticed a mistake Highlight text and press. Ctrl + Enter
We are
Reports from the militia of New Russia for 27-28 September 2014 of the yearYuri Drozdov: Russia prepared the role of the sacrificial calf
50 comments
Information
Dear reader, to leave comments on the publication, you must to register.