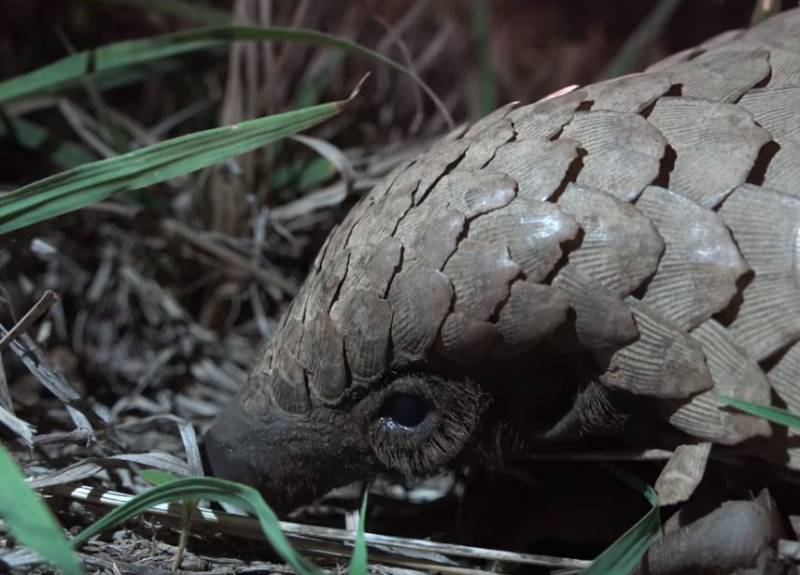 In the section “Talk about science” it is proposed to discuss the publication of a group of virological scientists who are engaged in the analysis of the genetic code of the new coronavirus COVID-19. Studies are conducted on the basis of the decrypted genome of the coronavirus, which today infected (according to official data) almost 600 thousand people around the planet.


One of the representatives of the research team is the Australian virologist Edward Holmes, who works at the University of Sydney School of Medical Sciences. The main question that is being studied by scientists is as follows: if COVID-19 is a coronavirus that is characteristic of the animal world, then under what conditions could it be transmitted to humans.

Edward Holmes is the co-author of four papers on the new coronavirus, which have been published in major scientific journals since the beginning of 2020.

In one of his works, Dr. Holmes writes about monitoring the conditions under which coronavirus can be transmitted from animals to humans. According to the Australian scientist, the intermediate link that allowed the transmission of coronavirus to humans was pangolin. He is a steppe or Malay pangolin. This animal is from the order of placental mammals, the habitat of which is very extensive - from China in the east to Ghana and Liberia in the west. At the same time, the number of pangolins in the world is rapidly declining, primarily due to the fact that in a number of countries of the world they are considered as food, as well as as a source of various drugs for traditional medicine. So, in China and Vietnam, a substance is made from pangolin scales, which, according to local healers, "can be used to treat asthma and cancer." There is no clinical evidence of its effectiveness, but this does not reduce the demand for “substance”.

Professor Holmes writes that wildlife contains an incredible amount of coronaviruses of various types, which can appear in humans. One of such methods is the use of flesh and other parts of wild animals as food or as medical (pseudo-medical) preparations and cosmetics.

Surprisingly, pangolin viruses contain genomic regions that are very closely related to human viruses. The most important of these is the receptor binding domain, which determines how the virus is able to attach and infect human cells.
At the same time, Mr. Holmes with his colleagues (for example, with scientists from the American University of New Orleans) strongly declares that there is no talk of any “artificial synthesis of a new coronavirus”.

Coronavirus was not a technologically advanced biological agent. Using comparative analysis of genomic data, scientists show that SARS-CoV-2 (COVID-19) is not a laboratory construct or a targeted virus.
It is noteworthy that this statement contradicts an article published in Nature in 2015 (by the way, Edward Holmes himself is published in it). Then the material reported that a new virus was synthesized - as a combination of SARS and the respiratory virus of bats. And if this virus goes beyond the laboratory, then its distribution, as the author wrote, will be impossible to predict. Why did virologists generally need to synthesize such a “biological bomb”, no one really can answer yet.

Holmes claims that the COVID-19 genome allegedly "makes it clear that the new coronavirus is exclusively of natural origin."

In fact, I have long warned that animal coronaviruses can be transmitted to humans sooner or later. This requires a combination of several factors, including the specific biological parameters of the carrier.
An Australian professor, together with Chinese colleagues, took samples of air and biomaterials from the Wuhan market and said that "it can be reliably said that coronaviruses have adapted to overcome the boundaries of biological species."

But while no concrete scientific evidence of his theory, including direct analysis of the COVID-19 genome, Holmes does not provide the public.

And in China, his articles were criticized, insisting that the Wuhan market has nothing to do with coronavirus infection, “for the reason that certain products of animal origin have been sold on it for decades, and until November 2019 did not cause any infections of this type” .

It is worth recalling that Beijing accuses the United States of the following: the new coronavirus was brought to China by American troops who took part in international army games. About two weeks after those games in China, the first local infection was diagnosed — the so-called “zero” patient.

Ctrl Enter
Noticed oshЫbku Highlight text and press. Ctrl + Enter
We are
In Hong Kong: the coronavirus for authoritarian Beijing will be the same as the Chernobyl accident for the USSRScandals in the Russian education system: what troubles do “lime peels” treat
Military Reviewin Yandex News
Military Reviewin Google News
81 comment
Information
Dear reader, to leave comments on the publication, you must to register.