In Chinese Sohu: Only one country has hypersonic weapons, and this is neither Russia nor the United States 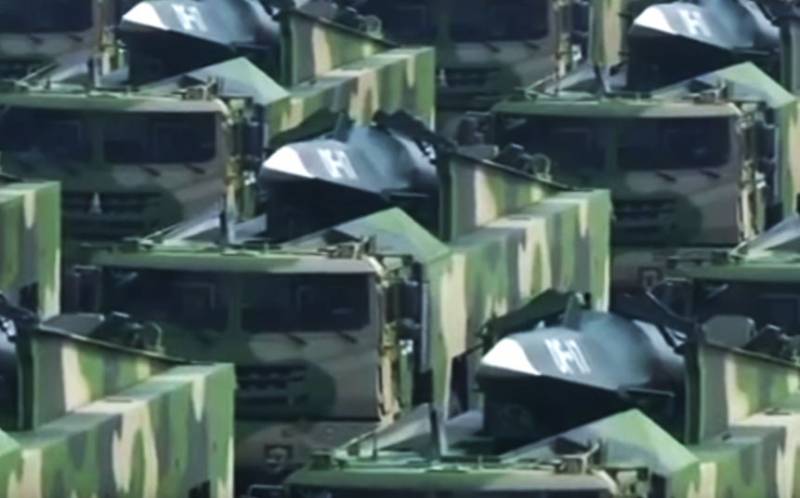 The Chinese information resource Sohu came out with material on hypersonic weapons. The author, who apparently decided to give out a “sensation of home cooking,” announced that there is only one country in the world that today has “real hypersonic weapon", And this is" not Russia and not the United States. "

Today in the world there is only one real hypersonic missile. And it is in the arsenal of China, and not Russia and the United States.
An article in the Chinese media claimed that the United States had great technical difficulties in creating hypersonic weapons and was now making up for lost opportunities.

John Hayten, deputy chief of the Joint Chiefs of Staff, recently said the U.S. military wasted 20 precious years.
The Chinese author is sure that we are talking about the years when "the United States missed the opportunity to get their own hypersonic weapons."

China is the only country to have a hypersonic missile and dare to show it in public.
Apparently, the Chinese author is really poorly familiar with modern weapons and does not know that the Russian Armed Forces are armed with, for example, the “Dagger” hypersonic missile system. Based on this, the material in Sohu can be attributed to the Chinese version of ostentatious cheers-patriotism.
Ctrl Enter
Noticed a mistake Highlight text and press. Ctrl + Enter
We are
Yuri Drozdov: Russia prepared the role of the sacrificial calfDecember 2010 years. Russian March. Senseless and merciless? Notes not a Russian person
171 comment
Information
Dear reader, to leave comments on the publication, you must to register.