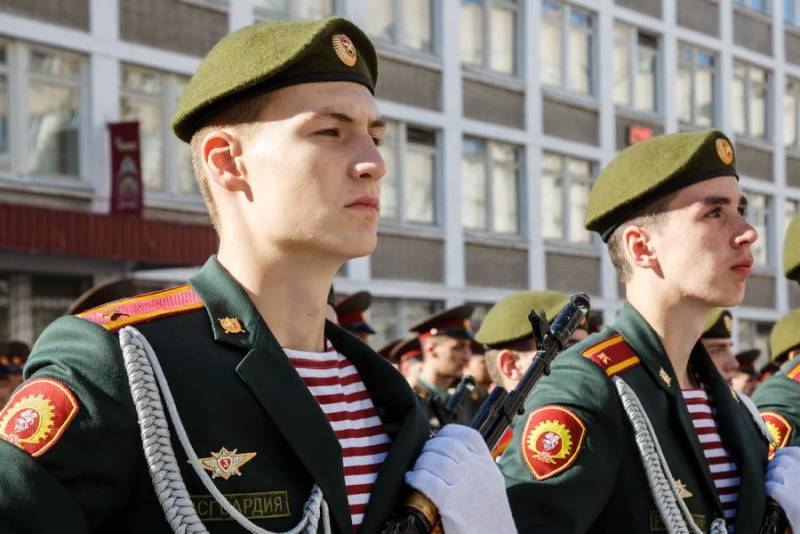 On March 27, troops of the National Guard of the Russian Federation (Rosguard) celebrate their professional holiday. We are talking about the power structure, which for many years was called the Internal Troops of the Ministry of Internal Affairs, first of the USSR, and then of Russia.


Moreover, his history the power structure has been leading from the beginning of the year before last, and over many years truly heroic pages, including pages from the times of the Great Patriotic War, are inscribed in this story, as the director of the Federal Service for Troops of the Russian Guard, army commander, Army General Viktor Zolotov recalls:

I cordially congratulate you on our professional holiday - the Day of the Troops of the National Guard of the Russian Federation!

For 209 years of its existence, the troops took part in all significant events in the history of the Russian state.

The feats of law and order soldiers who fought on the fields of the Patriotic War of 1812 and on the fronts of the Great Patriotic War forever extinguished the flames of ethnic conflicts in the territory of the post-Soviet space and defended the constitutional order and statehood of new Russia are forever inscribed in the heroic annals.
Representatives of the Russian Guard today are involved in a variety of operations and activities in the country. This is not only the protection of law and order, important state facilities, escort of special cargoes, but also participation in counter-terrorism operations together with other special forces and law enforcement agencies.

At one time, servicemen of the Internal Troops of the Ministry of Internal Affairs of Russia, which actually became the basis of the troops of the National Guard of the Russian Federation, were directly involved in operations against the international terrorist conglomerate in the North Caucasus. Sacrificing their lives, they did everything in their power to deliver a crushing blow to terrorism, which was trying to destroy the constitutional system of Russia and lead the Russian Federation to disintegration and interfaith, interethnic strife. For this, many thanks to them!

Military Review congratulates all employees of the Russian Guard, veterans of the Internal Troops of the Ministry of Internal Affairs on their professional holiday and wishes to continue to defend the Fatherland and express the interests of the people!