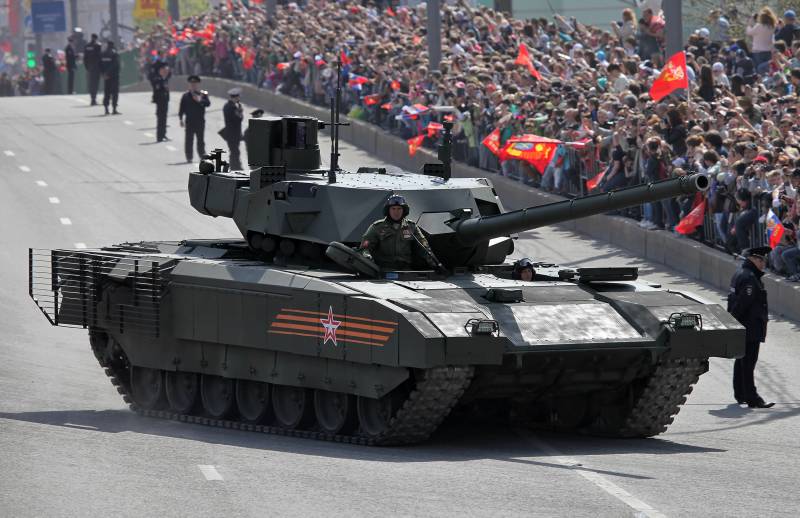 One of the most important aspects stories world tank building is an eternal competition "shell-armor". Since the appearance of the first heavy military vehicles on the battlefields, work has been ongoing on more and more advanced ammunition for their destruction. Creators tanks they respond by improving the protection of their creations, trying to make them, if not completely invulnerable, then at least as tenacious as possible. What has been done for this in recent years?


In the first decades of the “tank era”, the creators of formidable vehicles followed the simplest path - increasing the thickness and improving the quality of the steel that served as their defense. The armor of those years was a homogeneous sheet. From the then anti-tank shells, it somehow saved (far, by the way, not always), but from the moment the appearance of ammunition of cumulative action, it became clear that the further increase in the thickness of the welded or riveted onto it became a matter of tank survival.

These ammunition, already used during the Second World War both in artillery and for hand-held anti-tank weapons (American Bazooka, German Faustpatron) with a direct explosion, in fact - with a liquid fire, easily burned steel plates, from which the armor-piercing shells of the old the sample bounced off like peas from a wall. Engineers of the appropriate profile quickly enough calculated - with a simple build-up of the armor layer, its weight will reach such values ​​that the tank will not budge any of the naturally occurring engines. Thus began the "era of composites" - the stage of evolution of armor.

The meaning of the “new word” in ensuring the “impenetrability” of tanks was that from now on their “armor” does not consist of homogeneous, albeit the highest quality, steel, but of a number of layers of various materials - from metal to ceramic. Polymers, alloys of tungsten and aluminum, other materials ... To achieve the main goal - the refraction and dispersion of the deadly cumulative jet for the tank and its crew, everything is used. Moreover, the creators of combat vehicles are constantly experimenting with new combinations, trying to find among them the most efficient and least expensive. In addition, for modern tanks, in addition to cumulative shells, missiles and grenades, a new serious threat appeared - the new generation of sub-caliber ammunition. These modern “arrows” (for better stabilization they have plumage) with cores made of tungsten salts or depleted uranium, capable of piercing almost any kind of armor.

That is why the next step in confronting the means of protection and destruction of armored vehicles was the development of a variety of dynamic defense systems. It is in this direction that the most advanced developments are being conducted today. The purpose of such protection, which is not an integral part of booking a tank, but is additionally installed on it, is, again, to minimize the effectiveness of the striking elements of enemy ammunition. It consists of many containers, forming on a combat vehicle which has become familiar in recent years to all the scales. Inside these tanks is an explosive charge.

The first domestic DZ complexes, Contact-1, which entered service with the Soviet Army back in 1985, were designed primarily to withstand cumulative projectiles - when a red-hot stream hit them, they reacted with a “counter-explosion” and the release of striking elements, scattering it and depriving the killer strength. However, this was clearly not enough to protect against sub-caliber ammunition - and soon (in 1988), Contact-5 was already replaced, many times superior to its predecessor in protective properties and served as an obstacle to the sub-caliber threat as well. The effect was achieved due to the installation of armored “caps” on containers from DZ, firing ammunition towards the attacking tank.

However, in some foreign systems of dynamic protection, instead of explosives, certain chemicals and compounds (polyurethane, silicone, etc.) are used that also provide anti-cumulative protection. In addition, electrodynamic and electrochemical protection complexes are used for tanks, in which the same cumulative stream will be destroyed by an electromagnetic pulse that occurs when a “short circuit” occurs when ammunition is hit by a container, or by throwing plates, but again thrown away not explosives, but an electrical impulse. Developments are also being made of “smart” remote sensing systems that can independently determine the degree of danger of an object approaching them and make decisions on responding to or ignoring the threat.

It cannot be said that with a significant gain in terms of the mass-efficiency ratio, the DZ complexes still have significant weight. “Contacts” pulled 1,5 tons, but the third-generation complex that replaced them, “Relic” - already 2,3. Further increase in their capacity can lead developers to the same vicious cycle as before. You will have to pay for greater safety with a loss of maneuverability and speed.

Tomorrow, tank armor, as well as the majority of components of modern weapon systems, lies in the development of technology. Next-generation Russian tanks will have not only a completely new dynamic defense system, capable of assuring developers to save the combat vehicle from any threat, but also the Afghanit active defense system integrated with it, which will at least neutralize some of these threats by fly up.

The future lies in a comprehensive security system for combat vehicles and their crews, in which complex composite armor and dynamic and active defense systems will play a role.

We are in Yandex Zen
Situational analysis of the death of the MH17 flight (Malaysian Boeing 777), made on the basis of engineering analysis from 15.08.2014
Results of the week. "God forbid to see Russian revolt, senseless and merciless!"
32 comments
Information
Dear reader, to leave comments on the publication, you must to register.