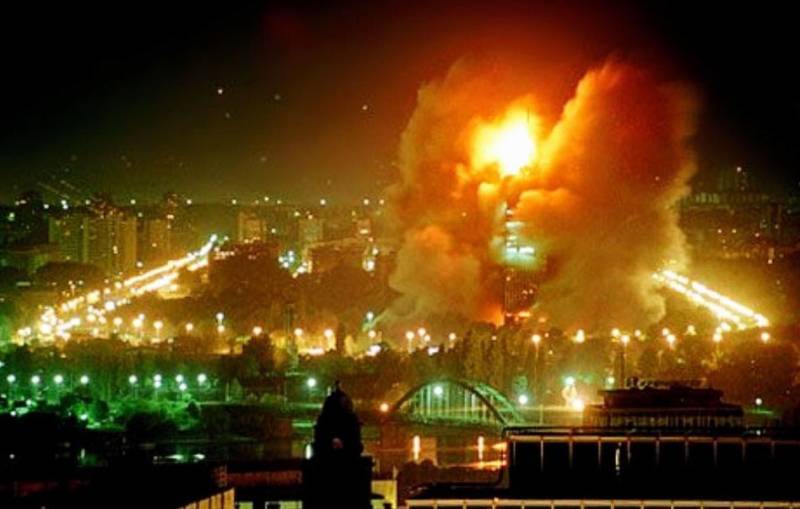 Over the past month, the lives of people in Russia and in other countries have changed so much that many feel like characters in some kind of Hollywood post-apocalyptic film. And most importantly - in early March, few could have imagined that the situation with a distant exotic virus would affect all of us, citizens of the Russian Federation.


If, however, you look a few years ago, you can see a strange pattern: it was March that became the month when various dramatic events began, disastrous for countries, and even entire regions. And the culprit in these events was the same every time. All these anniversaries must be remembered.

On March 15, the tenth year of a bloody war in Syria began, which began with protests in the province of Daraa. These were far from peaceful protests, but the West immediately dubbed their participants “fighters for democracy." Unfortunately, the “international community” has not departed from this rhetoric so far. Despite the fact that the former militants of the “peaceful Syrian opposition”, having retrained as terrorists of organizations such as the Islamic State (banned in the Russian Federation), committed terrible crimes not only in Syria, but also in other countries.

And after nine years, you can watch with horror how thugs (sorry, rebels and fighters for freedom and democracy) award major awards for the heads of journalists. And ask a rhetorical question: where did these “fighters" get the money from?

On March 17, 2011, France and the United States managed to push through the UN Security Council a resolution that served as the basis for the monstrous bombing of Libya. A couple of days later, on March 19, the bombing began. Normal life in the country ended just then, and the “democrats" were never able to create at least a semblance of peace for all these years.

On March 20, few people remembered the older war unleashed by Washington in the same Middle East region. In 2003, then US President Bush Jr. ordered an attack on Iraq. In addition to the hundreds of thousands of victims of that war, the region, and the whole world, received another consequence - a time bomb. It was there, after the fall of the Iraqi state, that the first cells of what subsequently became the “Islamic State” were created.

Iraq has completely lost its sovereignty, which has not been restored so far. What kind of sovereignty can we talk about when American terrorists are killing Iranians who came to negotiations in Iraq before the eyes of the whole world?

War in the heart of Europe

March 24th was the twenty-first anniversary of the terrible crime of Washington and its allies against Europe. It is against Europe, although European powers also took part in it. In 1999, bombs were aimed directly at the heart of Europe - the Balkan Peninsula. Belgrade was on fire ...

Then, for this villainy, its organizers did not even look for a miserable cover like a UN Security Council resolution. Thousands of people found a terrible death under the television screams of freedom and democracy.

As a result of that war, it was torn away from the Federal Republic of Yugoslavia historical the Serbian territory of Kosovo and Metohija, hundreds of thousands of Serbs living there, were forced to leave their homes. In March (again in March!) 2004, pogroms broke out in Kosovo against the remaining Serbs, which provoked a repeated mass exodus.

21 years after the terrible event that served as the forerunner of subsequent crimes, the Minister of Defense of Serbia Alexander Vulin recalled that the United States and NATO were not held responsible for this war. The delegation of the Serbian defense department laid flowers at one of the monuments to the victims of NATO aggression.

We will not stop remembering and reminding, asking why they attacked the Federal Republic of Yugoslavia without the decision of the UN Security Council, without any reason in accordance with international law,
- declared Wulin.

So far, this question remains unanswered.

As for Kosovo, where a quasi-state has now been created, its leader Hashim Thachi (known for his atrocities against the Serbs) thanked the North Atlantic Alliance and especially the United States for the 1999 aggression. The leaders of the gangs in Syria and Libya can thank the same force.

The lifting of sanctions? No, not heard!

Of course, one cannot call the difficult situation with the spread of coronavirus a retribution for those wars and atrocities. Ordinary citizens suffer, as always. But, it would seem, a new global threat should raise the question of changing hostility to cooperation.

Even the UN Secretary General, Antoniu Guterres, appealed to the “Big Twenty” with a call to lift the existing sanctions. Although, it seems, we have already forgotten when the UN last time voted on this subject.

And as if in mockery, the United States immediately announced the strengthening of sanctions against Iran. And at the same time, Washington took the time to “kick” another country - Venezuela. Unproven charges of “drug trafficking” have been brought against its president, Nicolas Maduro, a reward has been set for his arrest - fifteen million dollars!

You can immediately recall how the awards were awarded for the heads of Serbian leaders: Slobodan Milosevic (later killed on March 11, 2006), Ratko Mladic, Radovan Karadzic (still languishing in the Hague dungeons). And to return to the topic of Russian journalists, for the murder of which they appointed an award to the gangs operating in Syria. The masters and the servants have common methods.

Such is the peculiar response to the global threat and to calls to rally in front of her. In the light of this analysis, the assumption that the threat itself was created artificially, that the virus was brought to China from across the ocean, no longer seems a conspiracy theory. Not the country of China to bomb it, like Yugoslavia, Iraq or Libya.

Ctrl Enter
Noticed a mistake Highlight text and press. Ctrl + Enter
We are
A great interview with Sergey Lavrov: about Ukraine, Obama and IranWhat you didn't want to know about England
42 comments
Information
Dear reader, to leave comments on the publication, you must to register.