The National Interest, and what do you actually want? 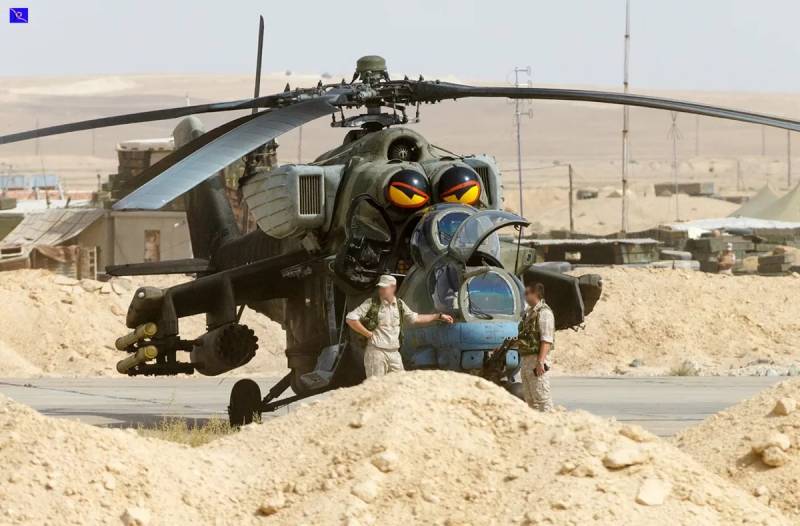 Sebastien Roblin from our adorable The National Interest in fact jumped above his head in his material This Is How 19 Russia Aircraft Were Shot Down In Syria In 4 Years.


No, it’s a really good article, for an American it’s a masterpiece in general.

Roblen collected statistics honestly, made conclusions from the heart. However, as in any such material, there is a devil who sits in inter-line nuances.

According to the author, the loss of Russian VKS and the sea aviation in some cases, they indicate a lack of experience in expeditionary operations, as well as problems with the reliability of equipment.

It’s hard to disagree with the first. Indeed, Russia does not pretend to be the world gendarme; accordingly, it is constantly waging war and with no one, and it makes no sense.

Yes, our losses can be interpreted in different ways. On the one hand, 4 planes and helicopters were lost in 19 years, on the other ... We will look from the other.

So, on the one hand, five years of VKS strikes in Syria led to the fact that Assad retained power, very much crowded out the opposing troops (I can’t say for sure who opposes him) the enemy, and in general, everyone recognizes the role of the VKS in this. And sympathizers, and watchers, and to whom flew from heaven. 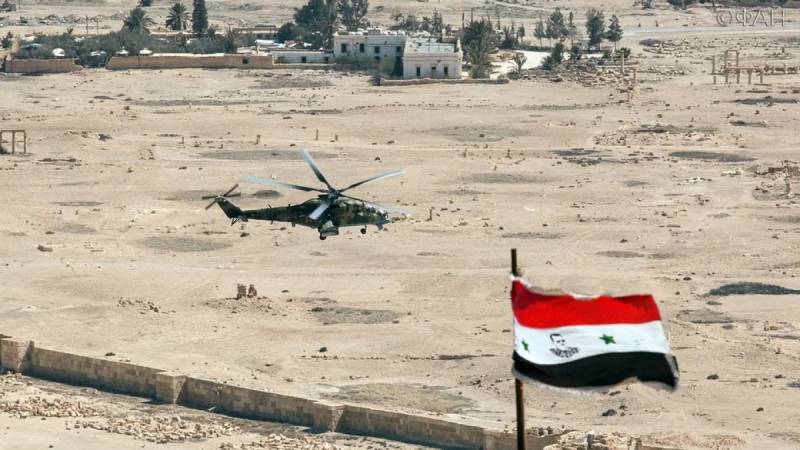 And during this operation, from 2015 to 2018, the Russian Air Force lost 19 cars, 11 helicopters and 8 aircraft, which led to the death of 23 crew members and 37 military personnel on board.

For comparison: in the period from 2014 to 2020, the U.S. military lost two aircraft: the F-16 fighter in 2016 because of what happened immediately after the accident took off, as well as the V-22 tilt plane, which it crashed during landing in 2017.

I want to applaud, right? Wow, what experienced Americans know how, you know, without loss ...

Okay, we will come back to this a bit later, let's see who, when and how. Honestly and unvarnished.

As you wish, but I refuse to consider this loss as a battle. This was not a fight, Russia did not fight with Turkey, there were many interpretations of this incident, I personally go through it like a shot in the back.

2. Mi-8AMT. Three hours after the Turks treacherously shot down the Su-24M, two Mi-8AMT helicopters took off from their base to conduct search and rescue operations and rescue the surviving crew members of the downed bomber.

5. Mi-8AMT. Shot down by fire from the ground on August 1, 2016, when he was returning after a transport operation.

Move on. And then our losses are not quite combat, but from this no less unpleasant.

8. IL-20. On September 17, 2018, the Syrian anti-aircraft missile system shot down the Russian reconnaissance aircraft Il-20M over the Mediterranean Sea.

9. Mi-28N. On April 12, 2016, the Mi-28N Night Hunter helicopter crashed to the ground at night. As a result, the commander of the 55th helicopter regiment and his navigator were killed. The reason was the mistake of the crew piloting the car using helmet-mounted night vision devices.

11. Su-30SM. On May 3, 2018, the Su-30SM fighter immediately after takeoff in Latakia fell into the Mediterranean Sea. As a result of this crash, both pilots died. The Russian Ministry of Defense reported that birds became the cause of the crash of the fighter.

13. An-26. On March 6, 2018, the An-26 transport aircraft landed when a powerful gust of wind caused it to bank and lose control. The plane crashed to the ground 500 meters from the runway. All 33 soldiers on board and 6 crew members were killed.

14. MiG-29KUB. On November 14, 2016, the MiG-29KUB aircraft from the Admiral Kuznetsov TAVKR air group, in anticipation of the repair of the air finisher, exhausted all fuel and fell into the sea.

16. The American magazine does not give the losses of the Russian air forces as a result of shelling by militants, but if you use a calculator, according to our list and The National Interest data, our air force lost 4 more helicopters from shelling of militants.

As evidence, Roblin speaks (but does not cite) about some satellite images that show burnt helicopters. Words words…

Yes, how can one refrain from caustic remarks towards the Ministry of Defense? No way. Roblin doesn’t hold back

“Russian sources never report their losses, but in the photographs taken from satellites you can see the burned-out remains of helicopters. As a rule, the militants of the “Islamic State” are accused of shelling, although Cooper says that Russian technicians were the first to open fire. ”
Well, yes, of course, Russian technicians are such animals that they discover mortar crews of militants on the way and are the first to open fire.

Well, that's the lyrics. Yes, our Defense Ministry has repeatedly been convicted of a distortion of facts, and often the representatives of the Russian Defense Ministry generally fall to very ugly things, but who should be judged?

Meanwhile, Mr. Roblin himself, to put it mildly, is cunning about the four helicopters allegedly destroyed by the militants. Unproven and rather unprincipled.

Non-combat losses: 2 aircraft. The first because of the meanness of the Turkish side, the second because of the curvature of the Syrian air defense calculations.

For technical reasons: 4 aircraft and 3 helicopters.

And now the fun begins. We ask a question: how many flew?

The Russian side gives the figure of 39000 sorties. American sources are very dark, but managed to find a figure of 4100 sorties. That is, in fact, 10 times less than the videoconferencing group.

And now, if we take 15 lost cars by the Russian side and 2 by the American side, then we get, oddly enough, complete parity. For 10 Russian flights, there was one American. There are 1 Russian cars per 7,5 American car lost in these sorties.

And if we immediately take into account one fact that is unpleasant for the Americans, that their planes worked from decent heights, and the Russian helicopters were both front-line machines, they fought on it, the conclusion, as they say, is not very pleasant.

The actions of the Russian VKS group were much more fruitful than the slurred American swarming since 2014. 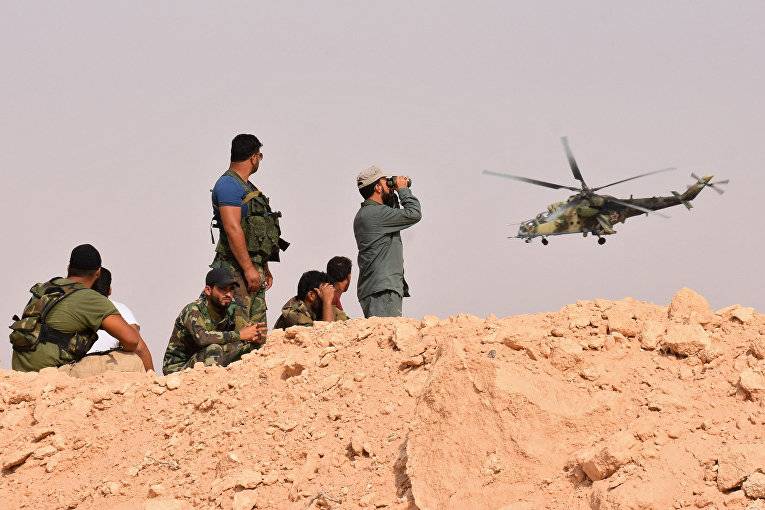 Yes, the number of losses for technical reasons allows us to conclude that everything is sad in naval aviation. However, what is naval aviation of the Russian Aerospace Forces? Two regiments of which the wing is composed for the only Navy aircraft carrier ship.

Many? Yes, nothing at all. And yes, the loss of two planes is very ugly. And 450 sorties of naval aviation from land airfields after the disgrace at Kuznetsovo are a drop in the bucket in comparison with the work of land pilots.

But put a “tick”. This is about participating in hostilities.

“Some combat losses could have been avoided if the VKS had more precision weapons and reconnaissance drones, which would make it possible to quickly determine targets and safely attack them from a great height. "
Defining a target and attacking it from a great height does not mean “successfully hit”. And the pilots of American aviation more than once demonstrated their ability to smash a slightly different object that had to be destroyed. Alas, it is also supported by facts and signed by blood.

Yes, I agree that as soon as the terrorists had modern MANPADS (I wonder who sent them?), The NATO Allied Air Force began to work from unattainable heights, thereby protecting themselves from missile systems. But what about accuracy and efficiency?

While Russian helicopters and Su-25 attack aircraft plowed the front line of terrorists, the Americans and the French tried to get somewhere from an altitude of 8-10 thousand meters.

And then even the American admits that

“In the period from 2016 to 2017, Russian helicopters and aircraft provided air support at low altitudes to the Syrian ground forces, especially during the fierce battles for Palmyra. While the buildings of hospitals, schools and bakeries were convenient targets for bombing from high altitudes, close air support required Russian pilots - especially helicopter pilots - to fly at low altitude and be able to hit all sorts of targets and moving vehicles means with the help of unguided missiles, as well as with guns, despite the risk of falling under fire from anti-aircraft missile systems. ”
A wonderful division of labor, right? That is, the planes of NATO countries from safe heights bombed hospitals, schools and bakeries, which seemingly (according to intelligence) were used by terrorists, and Russian pilots walked over gangsters from their heads and from low altitudes burned everything that fell into sight.

I apologize, but this is not about preserving the equipment, but about destroying the enemy. And here, as it were, the ideas of maximally preserving planes and helicopters simply fade into the background.

Of course, to destroy the enemy and save their cars and especially crews is a difficult task for commanders of all levels.

Especially if the enemy does not want to be destroyed and renders resistance.

And here you can talk as much as you like about the advantage of the US Air Force in terms of equipping with ultra-high-precision ammunition, drones, the ability of American pilots from a height of 10000 meters to get into a jeep with a machine gun ...

You can talk about everything for a long time and colorfully.

And in fact, 40000 (now probably more) sorties by Russian pilots really provided the Syrian army with such an advantage that it simply could not dream of.

To do this, just look at the map of the confrontation between Syria and terrorists before our VKS intervened in the matter. And immediately everything will fall into place.

The National Interest guys have the right to analyze anything. And criticize strangers while praising their own. But everything must be done honestly.

At least not to look ridiculous.

Ctrl Enter
Noticed a mistake Highlight text and press. Ctrl + Enter
We are
Situational analysis of the death of the MH17 flight (Malaysian Boeing 777), made on the basis of engineering analysis from 15.08.2014Putin's geopolitical chess with Washington in Syria and Eurasia (“voltairenet.org”, France)
101 comment
Ad