Trap for aviation of the Russian Aerospace Forces or suspiciousness of the media? Long arm Patriot PAC-2/3 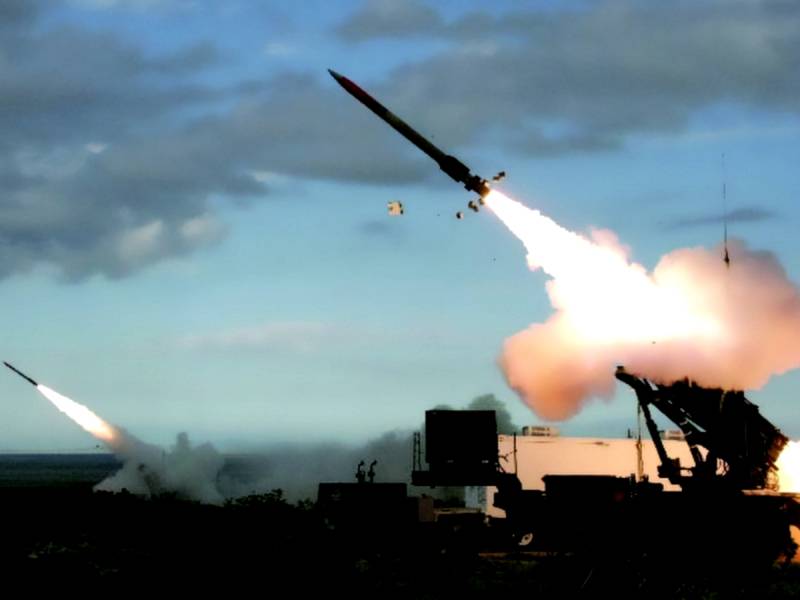 As fluent monitoring showed news the agendas of some of the military analytical sites of the Runet, announced a week earlier by competent sources in the Iraqi security service and the Central Command of the US Armed Forces (CENTCOM) the deployment of the expeditionary corps of the US Armed Forces from several Patriot PAC-2/3 batteries in the vicinity of Heath was met with a surge of alarmist notes and comments from both observers and journalistic communities, who saw in this event no less

“The threat of formation of a no-fly zone for tactical aviation Russian Aerospace Forces in the airspace of Syria. "
Indeed, starting from the source news material appearing in the Middle East media space, where the Iraqi-Syrian border area is indicated as the main location for the Patriot deployed anti-aircraft missile divisions, a technically uninformed journalist can come to the unequivocal conclusion that unhindered operation of multi-functional bombers Su-34 and multi-role fighters Su-35S in the southeastern sectors of the airspace of Syria put under question with. Moreover, as the main argument in favor of this kind of statement, only one parameter of the Patriot PAC-2 air defense system will be used - the range of targets intercepted by the MIM-104C missile system, which is about 160 km.

At first glance, such a range of action provides the Patriot’s combat crews with the possibility of forming an air defense zone for restricting and denying access and maneuver A2 / AD in Syrian airspace up to the province of Hama, preventing the hypothetical tactical aviation of the Russian and Syrian air forces from reaching the lines of fire US military military infrastructure covering the Al Omar oil field, the Khusham gas field, and a number of oil fields and oil refineries in the eastern the bank of the Euphrates. In reality, the potential of the Patriot PAC-2/3 anti-aircraft missile divisions deployed in Iraq in erecting anti-aircraft “umbrellas” over the Syrian theater is not so great.

In particular, if the Patriot PAC-2 anti-aircraft missile batteries are deployed in the Iraqi city of Akashat (in order to cover the 55-kilometer "security zone" around the KMP and US MTR fortifications near Al-Tanf), the anti-air "umbrella" they erected will be cover exclusively the mid-altitude and high-altitude sectors of the ATS airspace above the central and northern regions of the Homs province, while the low-altitude sectors (70–200 m) will remain outside the range of the AN / APQ-53/65 battery multi-function radars, the range of the radio zones and for which it is about 65 km when operating on targets operating at an altitude of 150 m. Therefore, equipped with semi-active radar homing heads and requiring continuous illumination from the MPQ-53/65 radars, the MIM-104C anti-aircraft missiles will pose a certain threat to the operating in low-altitude regime of Russian tactical aviation only at a distance of 50-60 km (within the radio horizon of the MR / AN-MPQ-65).

And this is not to mention a significant decrease in the stability of route tracking and “capture” for the precise auto-tracking of our Su-30SM, Su-35S and Su-34 via MPQ-65 on-load tap-changers due to interference from the Khibiny electronic warfare container systems located on Suspension nodes After all, it is well known that the MPQ-53/65 line of radars represented by passive phased antenna arrays (with a single source of microwave amplification based on a klystron) have a significantly lower noise immunity compared to promising AFAR radars of the 3DELRR and AN / TPS-80 G / type ATOR, each transceiver module of which has its own gallium nitride microwave transistor and attenuator (these radars have not yet gained operational combat readiness and have not been attached to the Patriots batteries as an additional source of targeting knowledge).

As for the MIM-104F PAC-3MSE anti-aircraft guided missile interceptors, which are part of the Patriot PAC-3MSE air defense system and are capable of intercepting highly maneuverable over-the-horizon air attack means thanks to equipping Ka-band active radar seekers (by target designation from E-aircraft DRLOiU E- 3C / G and airborne radars of tactical fighters), then they will not allow the calculations of the American "Patriots" to close the airspace over the southern regions of the SAR for tactical aviation of the Russian air forces. And the whole catch here is that the range of the MIM-104F PAC-3MSE missiles for ultra-low-altitude targets does not exceed 65–70 km, which is due to the presence of a less powerful and long-lasting solid propellant solid propellant rocket charge (in comparison with the MIM-104C / D / E), and also higher aerodynamic drag in the troposphere and lower stratosphere, which imposes severe restrictions on this interceptor during work on aerodynamic objects.

The only objective conclusion suggests itself: even in the case of deploying a mixed anti-aircraft missile system based on the Patriot PAC-2 and Patriot PAC-3MSE air defense systems near the Iraqi-Syrian border, an impressive low-altitude “unobservable” loophole will remain at the disposal of the Russian airborne forces for air operations over the central and southern regions of Syria. If we take into account that the Patriots will be deployed exclusively in the area of ​​the Iraqi city of Heath (more than 200 km from the Iraqi-Syrian border), then the mid-altitude as well as high-altitude sectors of the Syrian airspace will remain completely safe for operating Russian tactical aircraft deployed on Avb Khmeimim.

Ctrl Enter
Noticed a mistake Highlight text and press. Ctrl + Enter
We are
Situational analysis of the death of the MH17 flight (Malaysian Boeing 777), made on the basis of engineering analysis from 15.08.2014Strangulation: the context, conduct and consequences of the American naval blockade of China
24 comments
Information
Dear reader, to leave comments on the publication, you must to register.