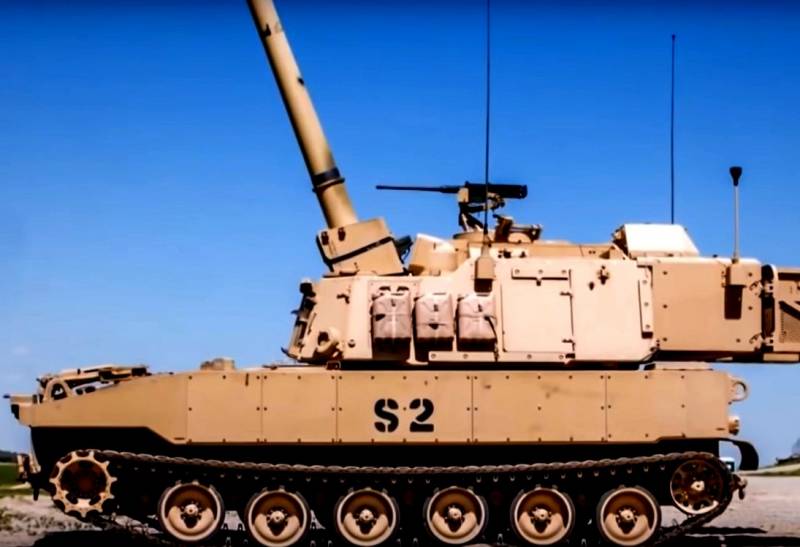 British military-industrial company BAE Systems received a new order from the US Department of Defense. She must produce a batch of M109A7 Paladin self-propelled howitzers. The goal is to increase the combat capabilities of US Army artillery.


Under a contract worth $ 339 million, BAE Systems is committed to supplying the USA with 48 M109A7 Paladin self-propelled howitzers under the M992A3 CAT ammunition, as well as M992A2 (FAASV) field artillery support vehicles and spare parts.

The Pentagon believes that the implementation of the order will significantly enhance the combat capabilities of the artillery units of the armored brigades of the American army. Moreover, increasing the power of artillery is now considered as one of the priority tasks in terms of the development of the American ground forces.

Back in 2017, the American center RAND, which is also engaged in military-political research, established that it is the army artillery that is currently the "Achilles heel" of the US ground forces. So, in the American brigades there is only one artillery division, and the Russian army has a much larger number of fire support units in the composition of both motorized rifle and tank connections.

Thus, the American army is significantly inferior to the Russian army in artillery power, and this circumstance, experts point out, can play a very important role in the event of an armed conflict. Russian artillery will simply crush the American, which is not only smaller, but also has a lower rate of fire.

General John Murray, head of the U.S. Army Futures Command, appealed to the US Congress about the need to restore the capabilities of long-range army artillery. It was in connection with the need to correct the existing backlog of the American military leadership and turned to the order of new M109A7 howitzers.

The new M109A7 howitzers must meet the long-term needs of the US Army, which requires the use of the latest technology in their production. In particular, howitzers will use a completely new chassis based on the Bradley family of machine solutions combined with the new electronic architecture. 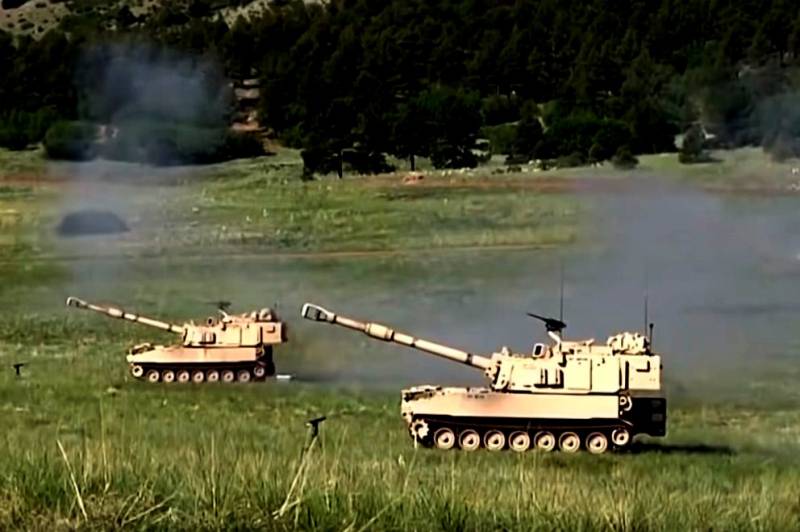 The first contract for the production and supply of howitzers was signed in 2017, but then it concerned small-scale production. The latest order increases the total number of purchased self-propelled howitzers to 204, and the total cost of supplies to $ 1,5 billion.

Recall that the M109 howitzers have been in the arsenal of the American army since 1963. For the first time they passed a serious test during the Vietnam War, and then participated in almost all wars and armed conflicts in which units of the American armed forces were involved. In addition to the United States, various modifications of the M109 howitzer are in service with the armies of many countries - from Italy, Spain, Greece to Morocco, Thailand and Taiwan.

The Paladin modernization program involves further radical transformation of the combat capabilities of American artillery. In addition, the U.S. military has begun developing a long-range strategic gun capable of firing 180 km. The new gun is planned to be used together with missile systems against the most strategically important goals.

In parallel, it is planned to improve both the detection and guidance means, since the ability to work at long distances is expected from updated artillery. Important target detection tools include future reconnaissance aircraft and low-orbit satellites, as well as advanced sensors on the F-35 Joint Strike Fighter.

Ctrl Enter
Noticed a mistake Highlight text and press. Ctrl + Enter
We are
Reports from the militia of New Russia for 27-28 September 2014 of the yearYuri Drozdov: Russia prepared the role of the sacrificial calf
17 comments
Information
Dear reader, to leave comments on the publication, you must to register.