Is camouflage necessary in the conditions of technological development: reflections on examples 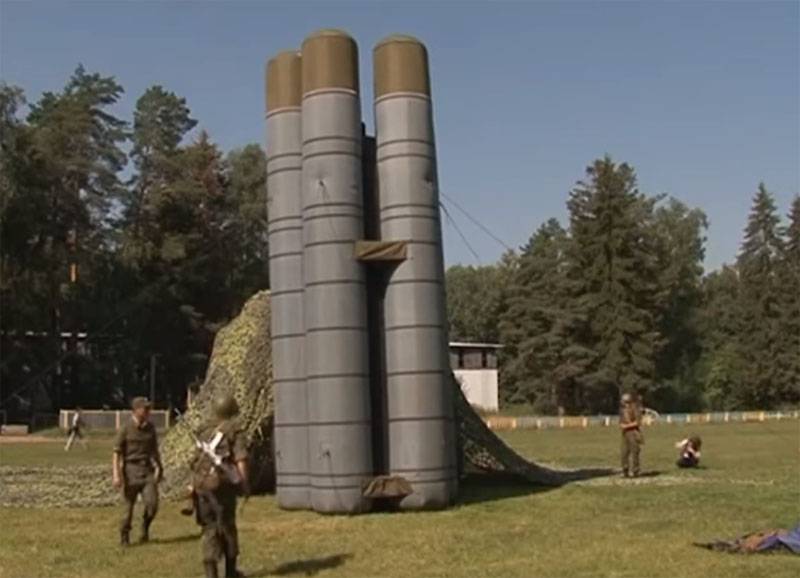 Recently, I wrote material on modern means of camouflaging military equipment and weapons. Quite unexpectedly, this article provoked a heated discussion. The reason, it seems to me, was the ambiguous perception of the very understanding of modern warfare.


Some readers understood the war, for which the modern army was preparing, as a classic confrontation between large, well-equipped and armed armies. Another part of modern warfare refers to those numerous military conflicts and military operations that in various forms today arise in one or the other part of the world.

The impetus for writing this article, an information occasion, if you like, were discussions about the possibilities of intelligence in connection with the development aviation and space technology. Allegedly, satellites or reconnaissance systems based on aircraft of various types completely discredit the very possibility of deceiving the enemy.

The subject of discussion will be considered in two parts. it Part one.

Disguise as a panacea

First of all, about what situation we will consider. We will reject antiterrorist operations, the destruction of small groups of the enemy in local conflicts. We will consider only what our army is preparing for. We will talk about the confrontation between the two armies, approximately equal in equipment, weapons and combat capabilities. That is, we will consider the "classical war" when the army solves the problem of eliminating an external threat to the state.

I will begin with a statement that may cause some bewilderment among readers. So, a set of measures to camouflage its own units and subunits is capable of briefly misleading the enemy regarding the location, composition and condition of the troops. Also, disguise can hide the nature of the actions and intentions of units, units and formations.

Masking tools can distract part of the means of destruction from real objects, thereby preserving the combat effectiveness of these objects. Agree, Air Defense Division, EW or tank the regiment, which were saved with the help of inflatable mock-ups, will not interfere with any commander. It is simply impossible today to deceive the enemy for a relatively long time.

Why is this happening? The simplest and most correct answer to this question is this: simply because the enemy never uses one type of intelligence. Reconnaissance is carried out by the entire complex, which is available to the commander of the compound or association.

Why camouflage means are short-lived

If by means of camouflage measures you can deceive the enemy only for a short time, is the game worth the candle? Is it possible to increase the time that the enemy will need to reveal our deception?

Is battle possible on its own? Are troops marching and fighting as the enemy arrives? You must admit that such a decision by the commander looks mildly stupid, but quite frankly, criminal. To organize a battle, you must at least know the enemy, his strengths and weaknesses, strength and weapons.

If we look at the army of a potential enemy, we will see that today special attention is paid to the creation of automated data collection systems. Systems that are capable of not only collecting information from all sources, but also analyzing it and distributing it between the commanders of various units and subunits.

The commander can use the data delivered by the reconnaissance group only in the estimated time scale, while the data obtained, for example, from UAVs or from automatic tracking devices, are used in real time. Such and such enemy forces are doing this and that. The commander only has to make a decision.

Under conditions of such tough control on the part of enemy intelligence, it becomes clear that the sudden appearance of some weapons or units in the control zone will cause increased interest of the enemy and, therefore, a relatively quick disclosure of deception. So, disguise will stop working.

Ctrl Enter
Noticed a mistake Highlight text and press. Ctrl + Enter
We are
Situational analysis of the death of the MH17 flight (Malaysian Boeing 777), made on the basis of engineering analysis from 15.08.2014Strangulation: the context, conduct and consequences of the American naval blockade of China
19 comments
Information
Dear reader, to leave comments on the publication, you must to register.