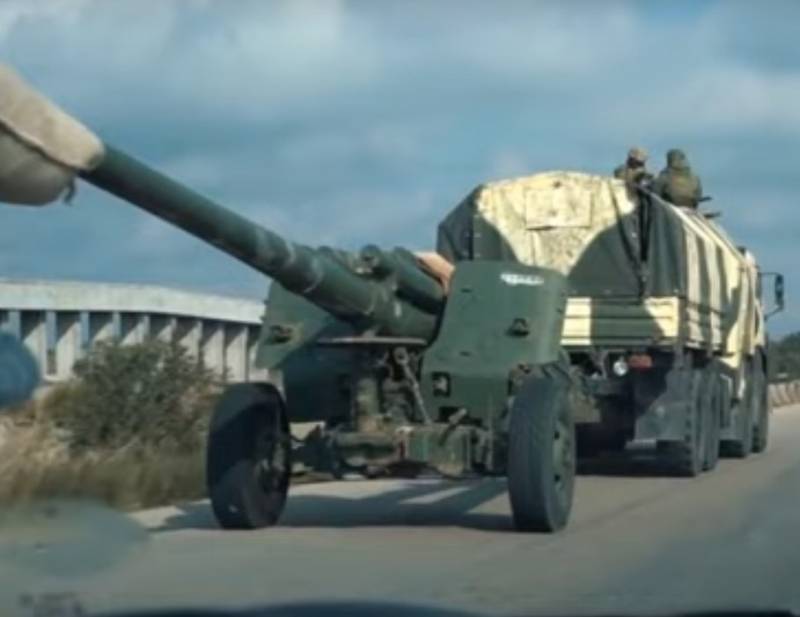 The situation in Syria on March 25, 2020 was seriously aggravated. Militants make new attacks both in Idlib and in other provinces of the country. There was information about the transfer of Russian artillery to Idlib.


In the area of ​​the M4 highway linking Aleppo and Latakia, provocations against the joint Russian-Turkish patrol continue. So, in the area of ​​the city of Jisr al-Shugur, a bridge was blown up. The responsibility for this, according to QalaatAlMudiq, lies with the militants of the Khayyat Tahrir al-Sham organization banned in the Russian Federation.

In addition, a Turkish armored car was blown up on a mine installed by terrorists and a Turkish army soldier was wounded. Thus, patrolling the M4 becomes unsafe for the Turkish military. If before the Turkish army suffered casualties and lost equipment during clashes with parts of the Syrian government forces, now Recep Erdogan’s soldiers are dying as a result of militants supported by the same Turkish government.

In the areas of the settlements of Kansafra and Fatir, fighters fired on the positions of the Syrian Arab army. The fortifications of the SAA in the area of ​​the mountains of Jebel al-Zawiya underwent shelling. In response, government troops were forced to open fire on terrorist positions.

In the province of Raqqa, near the village of Sukkaria, the militants of the Feylak al-Majid, a pro-Turkish group that had previously been accused of looting and gang attacks, clashed with local residents and opened fire on them. 8 people were injured.

In the province of Hama, in the area of ​​Zaizun, on the contrary, terrorist positions were shelled. Artillery fire on them opened the divisions of the Syrian Arab army. Government forces were thus forced to respond to ongoing provocations by terrorist groups.

Government forces also opened artillery fire on militant positions in the areas of the villages of Kafr-Amma and Kafr-Tal in the province of Aleppo. 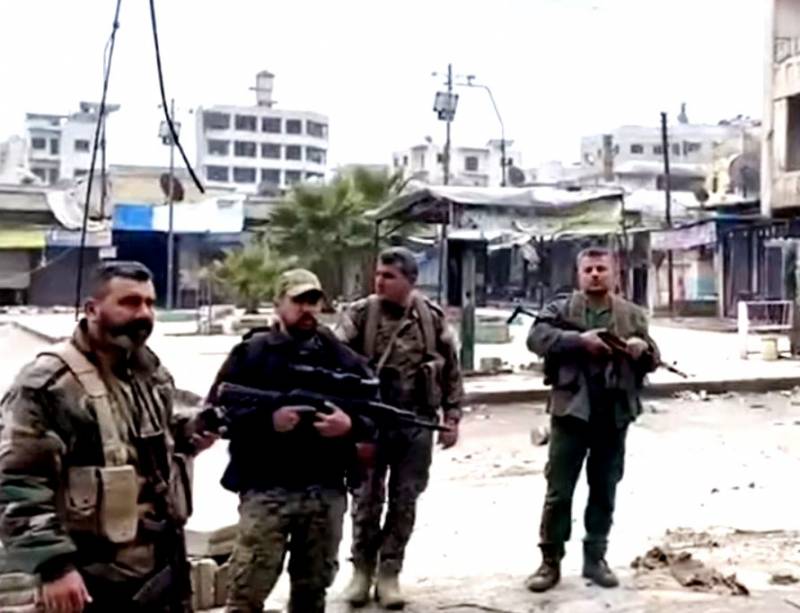 There, in Aleppo, the Turkish army attacked with the help of artillery the positions of the Kurdish Popular Self-Defense Detachments in the vicinity of the villages of Malikiya, Maranaz and Shevarg.

In the province of Hasaka, near the village of Al-Hariri, militants of a terrorist group who rode on motorcycles shot and killed two fighters of the Kurdish militia operating in the region. According to the Kurds, members of the Islamic State cell operating in Hasak were involved in this attack (prohibited in the Russian Federation). IS fighters also killed a 60-year-old resident in the village of Suweidan-Jazeera in the province of Deir ez-Zor.

In the city of Afrin, Aleppo province, in turn, pro-Turkish militants were noted - they abducted a local resident. The practice of kidnapping for ransom is widespread in many regions of Syria, and in the province of Raqqa, the militants of the previously mentioned Feylak al-Majid gang are hunting expropriation of houses from local residents. Selected real estate, according to Syrian sources, is then resold at bargain prices of 2-5 thousand dollars.

It should be noted that in the province of Idlib, just in the area of ​​the ceasefire, weather conditions sharply worsened. The storm led to the destruction of refugee camps in the districts of Killy, Hazanu, Saramada and Haranbush. This circumstance seriously worsened the humanitarian situation in the region.

Against this background, the American army once again designated its presence in Syria. Although U.S. President Donald Trump has repeatedly announced the withdrawal of US troops, 150 US Army trucks arrived in Hasaka province. They entered the province from Iraqi Kurdistan, heading towards American military posts.

Meanwhile, information appeared on the network about the transfer of artillery to Idlib (not confirmed by official sources). This is a column of 152-mm howitzer 2A65 "Msta-B", which were seen on the M5 highway. A number of sources link what is happening with the transfer of Turkish air defense systems to Idlib. It is possible that artillery will be used as a retaliatory force against militants operating in the province who are not going to abide by the ceasefire.