Dreams about the lunar program 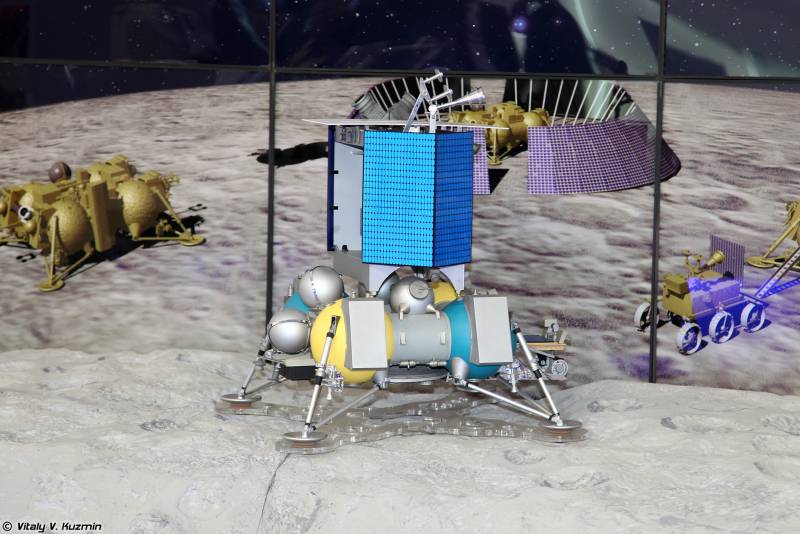 The approaching Cosmonautics Day can be considered the next anniversary of not only the first manned flight into Earth orbit, but also the proclamation by our country of intentions to take the next far-reaching step in space exploration - to begin the implementation of the lunar program, which has no equal in scale and impudence. In fact, for the first time these ambitions were voiced in a newspaper publication under the heading Russian Space 6 years ago by Dmitry Rogozin, then still deputy head of government. It remains only to ask: how close have we come to the moon over the years?


First of all, I must admit - all the studies of the natural satellite of our planet, in fact, have been minimized and frozen for almost half a century. In fact, the interest of mankind in the moon has faded since the end of the series of manned flights to it within the framework of the Apollo program carried out by the United States in 1975. The last Soviet interplanetary spacecraft - Luna-24 was launched just a year later - in 1976. Since then, the peace and quiet of the distant lunar mountains and plains are not disturbed by either astronauts or technology abandoned from our planet.

Will the Americans resume something like Apollo? Periodically, such calls are made there, however, according to the apt expression of the same Rogozin, our main competitors in the space race are in the grip of “shy things” - they themselves do not know where they are going to arrange an expedition.

Everything should start with sending to the satellite a series of spacecraft, all the same “paused” “lunar series”, with indices that continue it. After examining the future “bridgehead” for the Luna-25 space expansion, as well as on 26, 27 and, if necessary, other probes of the Luna-Resource project, we can talk about preparing for manned flights. Literally at the end of last year, the head of Roscosmos confirmed - after 2030, the Orel (former “Federation”) ships should rush to the moon with the help of super-heavy Yeniseis, first as a test, without crew, and then in manned mode.

From about 2031, cosmonaut flights in the “lunar direction” should become annual, marking the beginning of the next stage of the program - the development of the Earth’s satellite and the creation of a permanent base there, which should begin its activities, tentatively, after 2040. With the success of the first reconnaissance flights, they plan to build this facility from 2034-2035. By that time, not only the first “field” modules, designed for astronauts, but also the take-off and landing complex and even a special “fleet” of specially designed moon vehicles should already be placed on the lunar surface.

All this sounds, of course, bewitching, but the question is, to what extent are all these ambitions realizable in practice? At the end of last year, speaking about the cost of a superheavy launch vehicle alone, Dmitry Rogozin announced the amount of 700 billion rubles. And now, how realistic is it to find such funds in the current, to put it mildly, not very favorable economic situation for Russia? Alas, we do not know how much damage our country will suffer from the “oil war” and the resulting drop in energy prices, what it will cost us to fight the coronavirus epidemic, and how the global financial and economic crisis that will follow will affect our internal affairs.

It is worthwhile to understand that the lunar program is far from being only rockets and spaceships never seen before. It is also the development of a host of other things, without which all flights and even landing will again turn into an ordinary propaganda show with dubious practical effect and perspective. We are talking about the many necessary components - from the same methane rocket engines to ultra-compact nuclear installations and special lunar spacesuits for our pioneers.

So, can you forget about the moon? No! And it’s not at all because we certainly need to “wipe our nose” with the Americans. Although ... Russia, which is the cradle and homeland of world cosmonautics, is simply obliged to regain its primacy in it. However, the main thing, of course, is not this. The exploration of the Moon should be only the first step on the path of mankind to completely new, unprecedented and alluring horizons of deep space, to its future. Why should this step be taken by someone, not our children and grandchildren?

We are in Yandex Zen
Do I need to fly to Mars?
The head of Roskosmos gave an interview to the magazine "Cosmonautics News"
61 comment
Information
Dear reader, to leave comments on the publication, you must to register.