Why Khrushchev destroyed the Stalinist artels 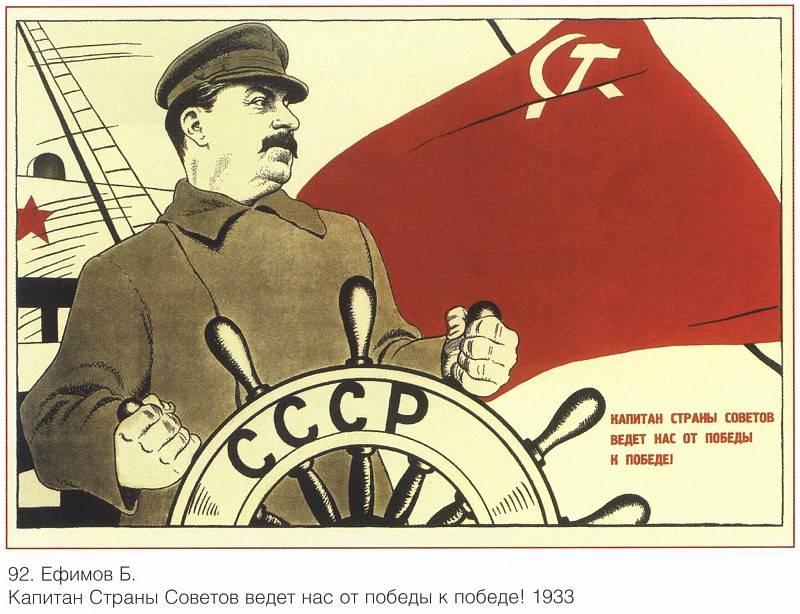 The captain of the Land of Soviets leads us from victory to victory! 1933. B. Efimov

A lot of "black myths" were created about the Stalinist USSR, which created negative impressions of Soviet civilization in people. One of these myths is a lie about the "total nationalization" of the national economy under the USSR and Stalin. Under Stalin, private initiative flourished. Numerous artels and single handicraftsmen worked in the Union. Khrushchev already destroyed this very useful sphere of activity for the people and the people.

It is believed that under socialism, the command-administrative and planning system, entrepreneurship is impossible. It is known that during the reign of NEP (the new economic policy), cooperatives and cooperatives flourished and produced the bulk of consumer goods. True, at this time there was a spike in the speculative capital of the new bourgeois (NEPMAN) and the Soviet bureaucracy. That is, corruption schemes flourished.

It seemed that under Stalin, when NEP had been covered up, they had been collectivized and industrialized, cooperative cooperatives would disappear. However, it was the other way around. In the Stalinist empire, entrepreneurship experienced a new heyday. Small production in the Stalinist USSR was a very strong and visible sector of the national economy. Artels during World War II even produced weapon and ammunition. That is, they possessed high technologies and their own production facilities. In the USSR, production and trade cooperatives supported in every way possible. Already in the course of the 1st five-year plan, the growth of the members of the artels by 2,6 times was outlined.

In 1941, the Soviet government protected the cooperatives from undue interference by the authorities, pointed to the mandatory election leadership of production cooperatives at all levels and for two years exempted enterprises from all taxes and state control over retail pricing. However, retail prices should not exceed state prices for similar products by more than 10–13%. It should be noted that state-owned enterprises were in worse conditions, since they did not have benefits. So that the economic management could not “crush” the cooperatives, the authorities determined the prices of raw materials, equipment, transportation costs, for storage in warehouses and retail facilities. Thus, the scope for corruption has been greatly narrowed.

Even during the most difficult conditions of the war, the cooperatives retained a significant part of the concessions. And after the war ended, during the recovery period they were expanded again. The development of cooperatives was considered an important state task - that cooperatives help in the restoration of the state. In particular, privileges were given to enterprises where people with disabilities worked, of which there were many after the war. Many former front-line soldiers were entrusted with organizing new artels in various settlements and places.

In fact, under Stalin, artels got a new life, went to a new level of development. This continued the ancient production tradition of Russian society. Artel production communities have been an important part of the economic life of Russia-Russia since ancient times. The artel principle of labor organization has been known in Russia since the time of the empire of the first Rurikovich. Obviously, it existed before, in pre-recorded times. Artels were known under different names: squad, gang, brother, brotherhood, etc. In ancient Russia, such communities could fulfill both military and production functions. It happened that entire villages and communities organized a common artel (they fished together, built ships, etc.). The essence is always the same - the work is performed by a group of people who are equal in rights with each other. Their principle is one for all, all for one. For organizational matters the prince-voivode, the chieftain-hetman, the master, chosen by the full-fledged community members, decides. All members of the cooperative do their job, actively support each other. There is no principle of human exploitation by man, enrichment of one or several members of the community at the expense of the bulk of workers.

Thus, from time immemorial, a communal, conciliar principle prevailed on Russian soil, which was part of the Russian worldview and outlook. He helped to beat enemies, and quickly recover from military or socio-economic disasters-troubles, and to build an empire-power in the most severe conditions. It is worth remembering that in our harsh northern conditions, only this principle helped to create the greatest empire-power.

Under Stalin, who de facto revived the Russian empire-power, this most important Russian production tradition was not only preserved, but also received a new impetus for development. Artel took an important place in Soviet society. After the red emperor, 114 thousand workshops and cooperatives of various directions remained in the country. About 2 million people worked in metalworking, jewelry, in the food, textile and chemical industries, woodworking, and so on. Artel cooperatives. They produced about 6% of the country's gross industrial output. In particular, cooperatives produced a significant part of furniture, metal utensils, knitwear, children's toys, etc. As a result, the private sector made a great contribution to the development of light industry, providing the people with consumer goods. Artels produced practically all the objects and goods necessary in ordinary life in the most problematic sector of the national economy of the USSR. What was connected with the priority of the development of heavy industry, mechanical engineering and the military-industrial complex (the question of the survival of civilization and the people). And during the war years, the private sector established the production of weapons from ready-made components, manufactured boxes for ammunition, ammunition for soldiers and horses, etc.

Interestingly, the private sector was not only engaged in production. In the private sphere, dozens of design bureaus, experimental laboratories, and even two research institutes worked. That is, there was a research department, Soviet artels were not a relic of feudal times. Soviet artels produced advanced products. For example, the Leningrad artel “Progress-Radio” produced the first tube receivers in the USSR (1930), the first radio sets (1935), and the first TVs with a cathode ray tube (1939). In this area, there was even a private (non-state!) Pension system. Artels also carried out financial activities: they provided loans to their members for the purchase of equipment, tools, for the construction of housing, the purchase of livestock, etc.

Also in the private sector, general progress was noted for the Soviet state. So, the Leningrad enterprise "Joiner-builder", which in the 1920s produced sleighs, wheels, clamps, etc., in the 50s became known as "Radio Operator" and became a major manufacturer of furniture and radio equipment. The Gatchina artel “Jupiter”, which produced various household trifles, tools in the 20s and 40s, manufactured dishes, drills, presses and washing machines in the early 50s. And there were many such examples. That is, private enterprises, their capabilities grew together with the Soviet Union.

As a result, in the USSR during the Stalin period, entrepreneurship was not only not infringed, but, on the contrary, was encouraged. It was an important sector of the national economy and was actively developed and improved. It is also important to note that productive entrepreneurship was growing, and not parasitic-speculative trading, which bred in the years of NEP, recovered during the Gorbachev “catastrophe” and liberal, destructive reforms of the 1990s. Under Stalin's “totalitarianism,” private initiative and creativity were encouraged in every way, since this was to the advantage of the power and the people. Private enterprises made the economy of the USSR more stable. At the same time, Soviet entrepreneurs were protected by the Soviet state, they forgot about such a problem as the merging of the bureaucracy with organized crime, about the danger of crime.

Stalin and his associates well understood the importance of private initiative in the economy of the country and the life of the people. They thwarted the attempts of the dogmatists of Marxism-Leninism to destroy and nationalize this sector. In particular, in the All-Union discussion in 1951, the economist Dmitry Shepilov (at the suggestion of Stalin, he was appointed head of the team for the creation of the first textbook on the political economy of socialism in the USSR) and the USSR Minister of Light Industry and chairman of the Trade Council under the USSR Council of Ministers Alexei Kosygin defended the freedom of artels and personal plots of collective farmers. The same idea can be noted in Stalin's work “Economic problems of socialism in the USSR” (1952).

Thus, contrary to the anti-Soviet, anti-Russian myth (under "bloody Stalin" people were only robbed), everything was the other way around. The people were robbed under feudalism and capitalism. Under Stalinist socialism, a system of honest, productive business was formed and worked perfectly (tested by the most terrible war). And not a mercantile speculative, usurious-parasitic, as in Russia since the capital’s victory. Entrepreneurs were protected from abuse and extortion of corrupt officials, pressure and parasitism of bankers-money-lenders and the criminal world. Under the Red Emperor, private enterprise organically supplemented the public sector. 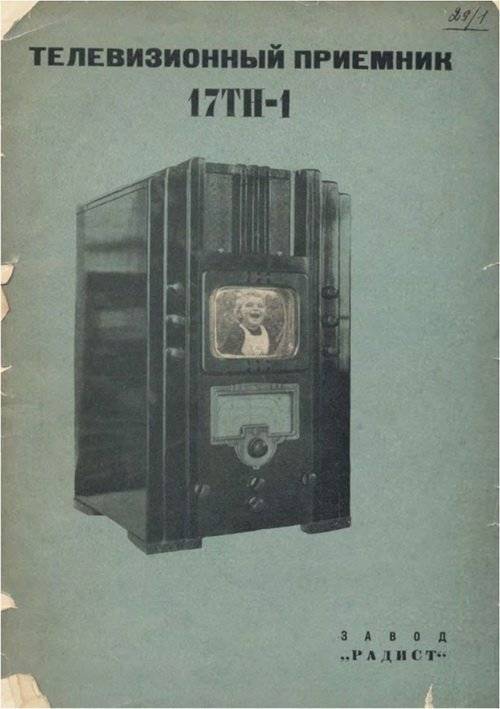 Before the war, the Radstel cooperative produced about 2000 models of the 17TN-1 TV 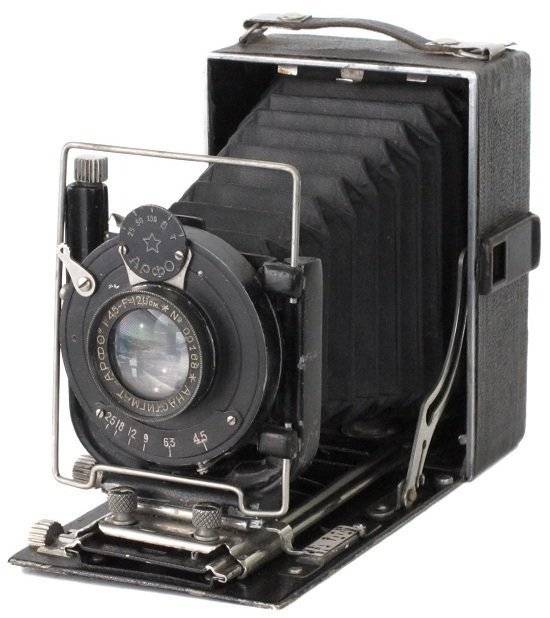 Khrushchev arranged “perestroika-1” in the country and inflicted several heavy, almost fatal blows on the Russian (Soviet) power and the people. He abandoned the Stalinist course of development, which turned the USSR into the advanced civilization of mankind. From building a society of service, knowledge and creation. The Soviet elite refused development, chose "stability", which ultimately led to the destruction of Soviet civilization.

The “Thaw” of Khrushchev destroyed the Stalinist system. On April 14, 1956, a decree of the Central Committee of the Communist Party of the Soviet Union and the Council of Ministers of the USSR “On the reorganization of trade cooperation” appeared, according to which the artel enterprises were transferred to the state. The property of enterprises was alienated free of charge. An exception was made only for small producers of household goods, art crafts and artels of the disabled. However, they were forbidden to independently carry out regular retail trade. Thus, Khrushchev staged a pogrom of private enterprises that were useful to the state and the people.

One of the negative manifestations of this pogrom was the famous Soviet deficit, which the post-Soviet rulers, officials and liberals constantly reproached the Soviet Union. Under Stalin, when tens of thousands of cooperative societies, hundreds of thousands of single handicraftsmen operated in the country, the people's food needs were met by collective-farm markets, individual peasants and collective farmers with household plots, there was no such problem. In the Stalinist USSR, the problem of a shortage of a product (usually it was food or household goods, that is, what artels specialized in) was solved at the local level.

The cooperatives in the USSR revived under Gorbachev, but basically it was no longer private production, but speculative, commercial and financial activity, which led not to the development of the country and the prosperity of the people, but to the enrichment of a narrow group of “new Russians”. The new bourgeois and capitalists who are living on the plunder of the USSR-Russia.

We are in Yandex Zen
Chernobyl notebook. Part of 3
Father told
155 comments
Information
Dear reader, to leave comments on the publication, you must to register.