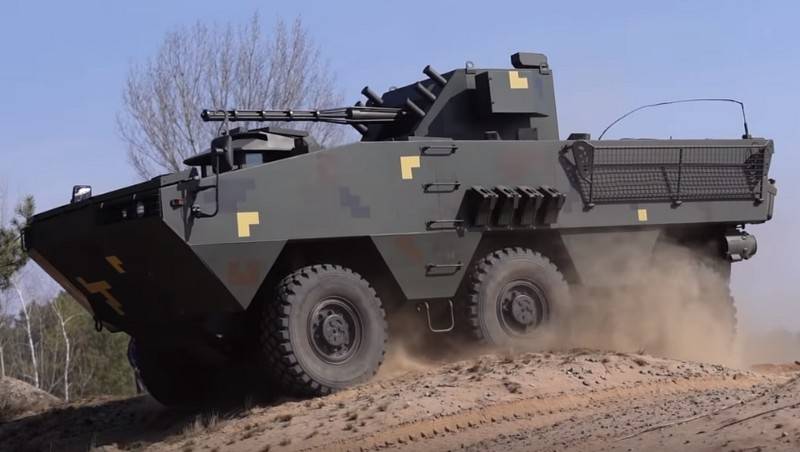 A test video of the latest Ukrainian Ataman 6X6 armored personnel carrier developed by the private Ukrainian company Praktika appeared on the Web. The video on its YouTube channel was hosted by Defense Express.

The possible deployment of the new Ataman 6X6 armored personnel carrier to the Ukrainian marine corps was announced last April during a meeting at the Ministry of Defense of Ukraine.


At the same time, preliminary TTX armored personnel carriers were announced. It was proposed that in the variant for the Marine Corps, the Ataman BMB would have a gross mass of 23500 ks with a payload of at least 5500 kg. The crew of the combat vehicle is 3-4 people, while 6 marines in full combat gear should be transported in the landing squad. It is planned to install a Deutz 410kW / 558 hp diesel engine. with an automatic transmission. Wheel formula 6X6.

Frontal reservation protects against 12,7-mm caliber, side projections of PZSA-5 (protection against a 7,62 mm bullet of a 57-BZ-231s submachine gun cartridge with a BZ bullet (AKM submachine gun) from a distance of 10 m). Additional reservation is provided.