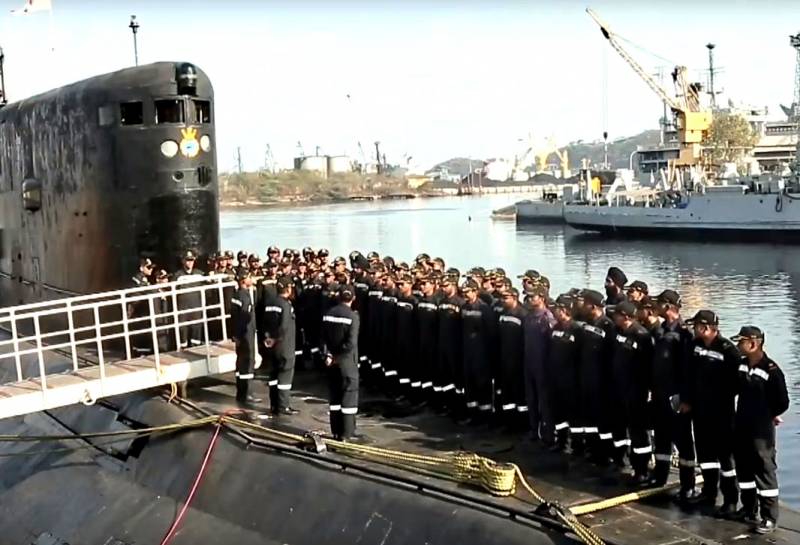 India thought about increasing the number of submarines as part of its Navy. Russia can again help New Delhi to solve this problem: our country is ready to deliver submarines to the Indians.


This is a three-plus-three contract worth $ 1,8 billion. Under the contract, Russia proposes to re-equip three Indian submarines of Project 877EKM (foreign designation “Kilo”) within the framework of the project and supply three additional submarine hulls of the “Kilo” class. Russia is seen as one of the likely bidders for the construction of six new Project 75 India submarines.

The Russian proposal was to be considered at the annual meeting of the Indo-Russian Intergovernmental Technical Commission (IRIGTC), which was expected to be held in Goa in March 2020, but was postponed due to the Covid-19 pandemic. Nevertheless, as soon as the restrictions on international travel are removed, the commission will most likely meet, since the issue of increasing underwater fleet It is very acute for India.

The Indian Navy command estimates the need for submarines at 24 units, but now only 14 submarines are in the service of the Indian fleet, of which 12 submarines have almost thirty years history exploitation, that is, approaching the end of their lives. Therefore, the Indian naval command is very puzzled by the issue of acquiring new submarines.

By 2023, India is due to receive four Scorpene-class submarines developed in France from Mazagon Docks Ltd. However, this number of submarines for the needs of the Indian Navy is not enough. By the way, Soviet-Russian submarines of the Kilo class are currently the most widespread type of non-nuclear submarines in service with the Indian Navy.

In addition to the Russian "Kilo", the Indian Navy has German-made submarines HDW and French Scorpen. The total number of Kilo boats purchased in the USSR and Russia by the Indian Navy is 9 units. Therefore, in the case of the purchase of additional hulls of the Kilo class submarines, as the Indian observer Sandeep Unnitan writes, no changes will be required in the infrastructure or training system for submarine crews.

On the other hand, the Sindhukesari submarine was safely repaired at the Zvezdochka shipyard. Modernization will help extend the life of the submarine to 35 years, in addition, the Indians managed to save a lot by requesting the repair of a submarine to Russia.

By the way, the oldest Sindhuvir submarine 877EKM, which entered service with the Indian Navy in 1988, more than thirty years ago, is now transferred to Myanmar. In recent years, this country has been implementing a strategy to build naval power in the Bay of Bengal and is also interested in the growth of its submarine fleet. Another thing is that there may not be any available funds for the purchase of new submarines from Russia in Myanmar, but the purchase of old submarines that were in operation in India is just that.

We are in Yandex Zen
As part of Vladimir Putin’s visit to India, a number of large MTC contracts are expected to be signed.
Delhi's military strategy - readiness to fight on two fronts
21 comment
Information
Dear reader, to leave comments on the publication, you must to register.