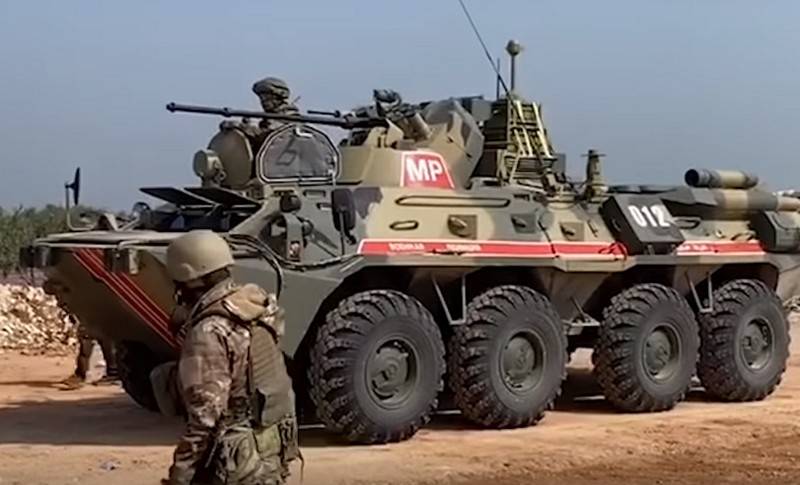 The second joint Russian-Turkish patrol of the M-4 highway section took place in Syria, the patrol route, as in the first case, was reduced in order to ensure security. This was announced by the head of the Russian Center for the Reconciliation of the warring parties in Syria, Rear Admiral Oleg Zhuravlev.


Speaking at a briefing for journalists, Zhuravlev said that on Monday, March 23, a joint Russian-Turkish patrol of the M4 highway section along the shortened route was carried out. At the same time, the Turkish military pledged in the near future to neutralize the militants from groups that impede free passage.

On March 23, 2020, in the Idlib de-escalation zone (...) the second joint Russian-Turkish patrol of the M-4 highway section took place, (...) ensuring security, the length of the joint patrol route was reduced. In turn, the Turkish side pledged (...) to neutralize radical extremist groups that impede the movement of columns of joint patrols of the M-4 highway in the security corridor
- said Zhuravlev.

In turn, the representative of the Turkish part of the patrol, Colonel of the Turkish army Ukay Sagyr Oglu, said that the joint patrol route of the M4 highway, passing through the territory of Idlib province, will gradually increase.

We will gradually increase the distance as we acted together in the area of ​​El-Kamyshly. (...) The main thing for us is to ensure security, so we will continue to cooperate. Our goal is to bring peace to this earth.
he informed the Russian military police.

Recall that joint patrolling of the M4 Aleppo-Latakia section of the highway is carried out in accordance with the agreements reached during the talks between the presidents of Russia and Turkey on March 5 this year. At the same time, the Turkish army committed itself to ensuring the safety of patrolling by neutralizing radical militants.
Ctrl Enter
Noticed oshЫbku Highlight text and press. Ctrl + Enter
We are
Reports from the militia of New Russia for 27-28 September 2014 of the yearYuri Drozdov: Russia prepared the role of the sacrificial calf
Military Reviewin Yandex News
Military Reviewin Google News
13 comments
Information
Dear reader, to leave comments on the publication, you must to register.