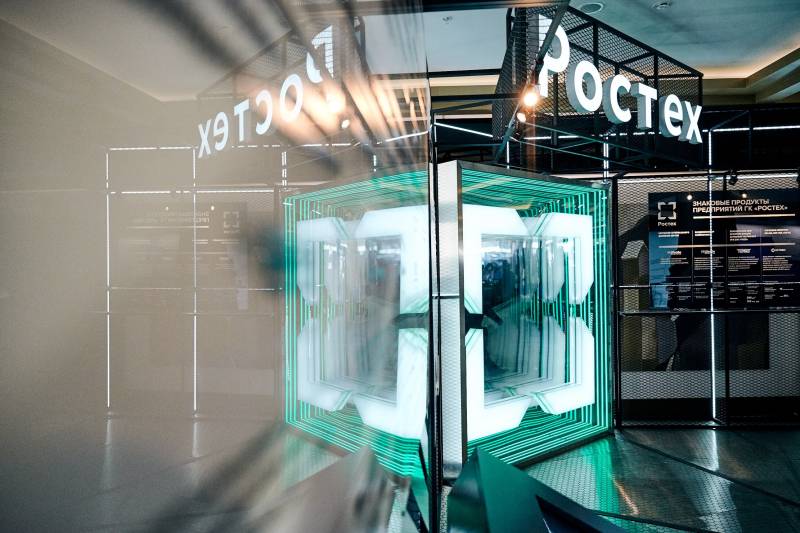 Forging swords into screams is an eternal problem for states with a high share of military production in their own economies. At a certain stage, the question of which is more important, guns or oil, is simply not worth it, because the situation is such that if you do not have enough guns, then someone else will eat your oil very soon. However, after the jerk necessary to achieve military-technical superiority over an existing or potential adversary, or at least parity with him in arms matters, there comes a moment when you need to decide: what to do with such a breakthrough in defense production? For Russia, this issue is more than relevant.


I remember that a couple of years ago, Vladimir Putin, during a representative meeting held in Sochi, the topic of which was precisely the problem of defense, called quite specific figures on this subject. According to the then president, by 2020, the share of civilian products in the total shaft of the Russian defense industry should have reached 17%, and in 2025 and 2030 - increased to a third and a half, respectively! Certain doubts about the attainability of such volumes are caused primarily by the situation in the world, which so far is not very conducive to curtailing military programs. Rather, the opposite. However, the problem is not only this.

Let us not forget that attempts to redefine the defense industry for the production of peaceful goods (conversion) were already made in the USSR and Russia in the 80s - 90s of the last century. What is the result? Almost complete collapse of the military-industrial complex, terrible, useless handicrafts in its execution and the transition of the word "conversion" to the category of abusive expressions. It is impossible to repeat this experiment, which, according to the latest estimates, was carried out “in the complete absence of both a serious theoretical foundation and sound plans and programs”: the rebirth of the stupidly ditched by the “perestroika” and their followers “defense industry” was given too expensive ".

So what to do? First of all, perhaps it’s worth clearly deciding what should not be done. Any conversion should be carried out with strict regard to the specifics of certain military industries, using their scientific and technological potential, and not by completely abandoning it. Simply put, should not tank factories try to rivet pressure cookers, and rocket fuel producers switch to perfumery production. All the same, nothing good will come of it - only raw materials will be transferred in vain and production will be ruined. However, another thing is even more important: when demilitarizing certain enterprises, one must clearly understand whether their exclusion from the military-industrial complex will hit the combat readiness of the armed forces. And it will be like in the 90s, when a child was spilled out with water. Understanding of this should be at the state level and appropriate decisions should be made at it.

Hopefully, the new conversion will be much more successful than the previous attempt. There is every reason to hope for this. According to the available data, the same Rostec is quite successfully re-profiling, where in the total volume of production non-military samples already reach a third. At the same time, there is no exchange of the achieved potential for small things, but its use continues, simply for a different purpose. Manufacturing enterprises aviation engines for combat aircraft do an excellent job of producing gas turbine units for Gazprom. High-strength materials used in the same military aircraft industry (for example, glass that can withstand ultra-high loads) are perfectly used in the creation of civilian passenger transport.

What can I say, if the world-famous Kalashnikov concern has long been associated not only with the most popular assault rifle on the planet and generally rifle weapons, and the mass of products is purely peaceful! The spectrum is wide: from hydrofoil vessels, which today carry passengers quite successfully, to unmanned aerial vehicles, indispensable in the work of firefighters, huntsmen, foresters. This is not a complete list of the peaceful developments of the concern, whose specialists, it seems, can really design anything. And not necessarily shooting ...

There is nothing to say about the prospects of the most advanced defense developments in the field of "high" technologies. In many ways, it was the highest level of technical security for the urban environment that helped China so quickly and successfully overcome the epidemic that had fallen on it. In this area we still have a lot to “grow”. A competent, thoughtful and balanced conversion can give Russia a lot, not only in terms of providing citizens with the necessary products, but in terms of an impetus to its further scientific and technical development. I want to believe that it will be so.

Ctrl Enter
Noticed a mistake Highlight text and press. Ctrl + Enter
We are
Situational analysis of the death of the MH17 flight (Malaysian Boeing 777), made on the basis of engineering analysis from 15.08.2014Results of the week. “In our cooperative, the board is always agreed”
34 comments
Information
Dear reader, to leave comments on the publication, you must to register.